Born out of concerns over a lack of marksmanship displayed by troops during the Civil War, the National Rifle Association has spent the years since its 1871 founding not only promoting firearm ownership, marksmanship and gun safety, but also vehemently protecting the Second Amendment.

And come this Saturday, the NRA will be blowing out 141 proverbial candles on a very large birthday cake, leaving me (and the rest of the Guns.com team) to wonder what they’ll be wishing for?.

Some of you may ask, why celebrate? You may say, the NRA is a big organization with deep pockets and enough support from folks like me. Will they even notice if I buy them a present? Well, it’s not just because I have a crush on both Chuck Norris and Tom Selleck (though they do help fill the still-recognizable void left by the late Mr. Heston) that I renew my membership annually (and within the next year, plan to join my father and grandfather among the long and proud list of life members) nor is it why I make it a point to recognize the significance of this date.  Rather, I take it as a reminder that the NRA has been on the forefront of supporting my (or our) constitutional right to keep and bear arms. 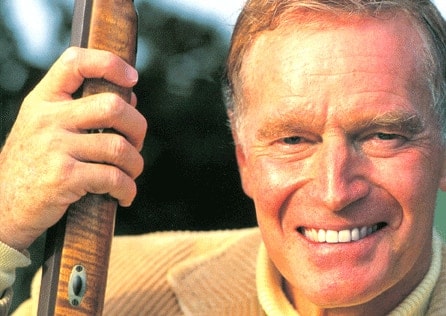 Membership pitch aside, I feel a deep debt of gratitude to the NRA.  Thanks in large part to strong NRA backing, political lobbying and documented research, carry legislation passed in Wisconsin as it has already in so many other states and as a resident I’ve seen the positive impact of this first hand.  Without the NRA we would still be in our sad foot race with Illinois as the last two states to gain concealed carry rights.

Speaking of which, per a very recent Guns.com article, ten Illinois counties passed concealed carry referendums on the backs of NRA initiatives meaning my neighbors to the south are not far behind us, and the NRA is right there with them.

Fact is though, standing up for carry issues is just one tiny part of what the NRA does every day and I don’t think many would argue with me when I state that the NRA has given gun owners, hunters, firearms collectors and supporters of our constitutional rights as Americans a clear and powerful voice unlike any other gun rights organization.  While it was difficult to narrow the list given the scope of the National Rifle Association, here are my top five reasons to give them some love on their birthday:

1. NRA-ILA – The Institute for Legislative Action—the lobbying arm of the NRA—is on the front lines of all second amendment related threats and victories.  From the specifics of the current U.N. Arms Trade Treaty negotiations to product liability to fighting for crime victims’ rights, the ILA is committed to any issue that affects firearms ownership and use.

3. Fine Publications – The NRA produces a number of popular magazines and at least one subscription is available with each membership.  There’s American Rifleman, American Hunter, and America’s 1st Freedom. The NRA Media site also shows Shooting Illustrated and Shooting Sports USA.  For those who enjoy online content—outside of Guns.com, of course—there’s the NRA Blog, which has a plethora of reviews and event updates.

4. Hunters Rights – As an avid—read, “rabid”—hunter myself, I appreciate everything the NRA does to further hunters’ rights.  However, did you know the NRA is also active in wildlife conservation, securing hunting land, and protecting state hunting laws?  They are. You can search its website for a state-by-state database of both shooting ranges and accessible hunting lands.

5. The NRA gives more than they get – They have programs for both women and children.  They offer grants through the NRA Foundation.  It would be impossible to count the number of NRA sponsored shooting matches, competitions, ranges, and clubs. Then there’s the Friends of the NRA, which allows anyone, anywhere to get involved through auctions, social events, matches, etc.  The NRA is simply an organization that gives.  Lastly, and especially relevant at this exact moment, the NRA wants to give you free gear.

While most birthday celebrations call for others to bestow gifts upon the celebrant, in this case, the NRA is offering piles of presents to all of us.  In honor of its 141st year, the NRA will be giving away 141 great NRA logo-emblazoned items with practical shooters in mind.  If you’re counting, that’s 11 range coats, 20 shooting vests, 25 shooting shirts, 40 shooting belts, and 45 divided belt pouches with shooting gloves.

You can enter by visiting the National Rifle Association page on Facebook and clicking the orange “NRA Giveaway” box.  A similar link is also available on the Twitter page, which will take users to the Facebook entry form.  Contestants have until Saturday night at 8 p.m. eastern to sign up.

I’d also like to take a moment to point out that Saturday marks not only the NRA’s birthday, but also the opening/continuation of many big-game hunting seasons around the country, proud blaze-and-camo gun owners will be taking their guns to the deer woods.  So, even if you’re not a hunter, commemorating nearly a century and a half of the NRA is a great excuse to do some shooting. What better way to exercise our rights, those very rights the National Rifle Association protects while we go about our daily lives?  From one dedicated member, and from Guns.com, Happy Birthday NRA.

If we here at Guns.com could carry a tune, we’d sing a rousing version of the birthday song, but we lean much heavier towards shooting rather than singing, so we’ll pop off a few rounds in your honor instead.