Concealed Carrier Walks into Robbery Trap, Shoots His Way Out

The Tulsa Police Department got a call from Oklahoma State University Medical Center last Friday night, warning them that two men had shown up with bullet wounds. This was kind of a backwards crime. Usually, police start with a crime and have to figure out where the criminals are. This time, they started with two wounded criminals and had to figure out what crime had been committed.

Police investigated and puzzled out the source of this mysterious double shooting. According to their report, it all started when a woman invited a man back to her room at the Economy Inn, implying that it was his lucky night.

But everything wasn’t as it seemed. The woman, 18-year-old Brittany Sue Carter, was actually part of a scheme intended to rob the unsuspecting man, 28-year-old Jose Cruz. Carter had multiple armed men waiting for the pair in the motel room. As soon as the pair walked in at least one of the suspects drew a gun and demanded money from the unsuspecting mark.

Oh, but wait! Carter wasn’t the only person that night who was hiding something. Cruz was a licensed concealed carrier, and he drew his firearm and opened fire. Police revealed that two of the men had been shot in their “lower extremities.” 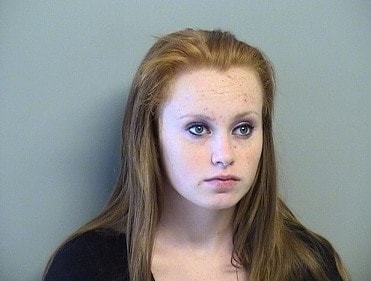 That’s when the robbery ended. The gun owner fled the scene and later caught up with police.

The woman and the only man who hadn’t been shot, 21-year-old Eric Courtaway, were forced to drive their accomplices to the hospital. The wounds were not serious, though one of the men needed surgery. They’re both incredibly lucky that the wounds weren’t fatal. If he was surrounded by three armed men intent on robbery, the gun owner was fully justified in going for kill shots.

The police are still investigating the men who were shot and have not yet pressed any charges. Femme fatale Brittany Sue Carter, on the other hand, was booked into the Tulsa Jail on Saturday. She has been charged with attempted robbery with a weapon and conspiracy to commit a felony. By the look of things, there’s a good chance that her three accomplices will be joining her shortly.

This story proves how useful it can be to carry a gun with you at all times. This gun owner got caught with his pants down (figuratively speaking of course… he never got a chance to get undressed), but he was still able to make the best out of a bad situation. You know what they say: when life hands you life-threatening lemons, pull out your gun and shoot ‘em.

So, how many gun owners out there carry a weapon on dates? Is that a concealed weapon, or are you just happy to see me?