An altercation at a Walmart parking lot in Norwalk, Ohio ended when a man drew his concealed carry handgun on another man who punched him in the face and accused him of having an affair with his wife.

Police said 37-year-old Eric Meade and 29-year-old Zachary Crumrine were both shopping at the department store on Monday afternoon. Meade spotted Crumrine pushing his shopping cart out the exit of the building and then confronted him, accused him of sleeping with his wife and proceeded to punch him in the nose, according to the Norwalk Reflector. Meade continued to attack him and apparently did enough damage to cause Crumrine’s nose to bleed. 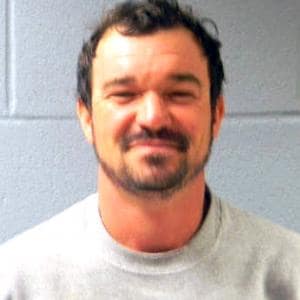 During the attack, however, Crumrine drew his .40-caliber Kimber pistol (probably one of their many 1911s (as that’s mostly the style of handgun the company makes)) and pointed it at Meade with the intention of preventing further attack, Norwalk Police Chief Dave Light told the newspaper.

According to another report, being at the business end of a handgun didn’t stop Meade from further attacking Crumrine. It wasn’t until a group of Walmart employees came out to witness the assault in progress for both Meade and Crumrine to calm down. Meade stopped hitting Crumrine, and Crumrine put away his gun.

Police arrived shortly after and arrested Meade, charging him with assault and a first-degree misdemeanor, which he later pleaded not guilty to. His trial is scheduled for Dec. 4 and if convicted faces up to six months in jail and a $1,000 maximum fine.

You may be wondering, though, why didn’t Crumrine shoot his attacker? Certainly this was an incredibly dramatic situation. You have a jealous husband, a supposedly cheating wife, and a possible homewrecker. Perhaps Crumrine was sleeping with Meade’s wife, which was never actually said by authorities, and he couldn‘t shoot him because he felt guilty. Or maybe Crumrine saw Meade as off-his-meds and didn’t see the situation as life-threatening.

The only answer we have, however, is, as Light told the Reflector, “[The pistol] was loaded, but no round was in the chamber itself.”

Crumrine, who has a CCW permit, won’t be charged with a crime, Light told the newspaper. “He did not break any law. By pulling the gun, he did exactly what the concealed carry law is for — defending yourself,” Light said. “We reviewed the [Walmart] video and that’s consistent with what Crumrine said.”

“I don’t know if this guy [Meade] would have stopped hitting him if he hadn’t pulled the gun on him,” he added.