Worried About a Ban? High cap shotguns might be the answer

A good friend of mine put much of his collection up for sale last week.  His Remington 870.  A Springfield 1903A1.  Some pistols and revolvers.  I was shocked.  He’s not selling these because demand for them is especially high.  He’s selling them and using the money to buy what he may not be able to buy if any new ban does go into effect.

There’s always that possibility.  Between the UN arms treaty and the current post election gun ban talk from Washington, I can see why folks would be stocking up.  Now.  And with that idea in mind, I’d like to talk about scatter-guns.

Five shotguns that could soon be banned

The memory of the Assualt Weapons Ban of 1994 is still vivid in many of our memories.  That law was allowed to “sunset,” and no further legislation has made it through the various legislative rigamarole since.  The AWB further restricted sales of semi automatic shotguns with telescoping or folding stocks, pistol grips, more than five rounds in a fixed magazine, or detachable magazines.  It didn’t say much about pump shotguns.  Any new ban could.  So I’m including some in the list.

Let’s start with the gun that’s getting the most attention these days.  Kel-Tec’s rocking shotgun offers several features that will make it great and make it a target for ridiculous legislation.  First, the bullpup design is compact.  The magazine capacity is high.  It has a pistol grip, and often has is modified to have a forend pistol grip. 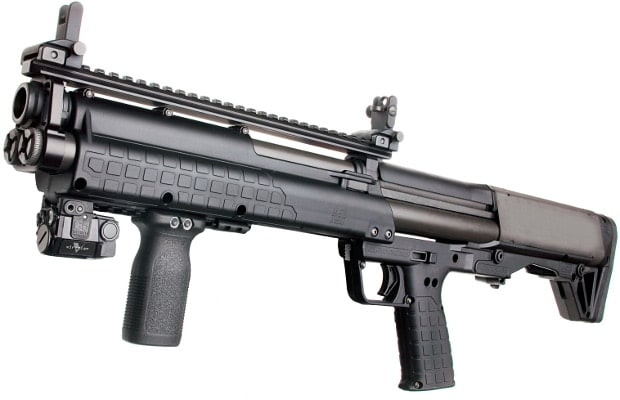 The KSG’s MSRP is managable: $880.  But many are facing the laws of supply (which is low) and demand (which is high).

Like the KSG, the UTAS 15 has a dual magazine bullpup design.  With 15 available rounds, the UTAS 15 offers a lot of potential firepower in a compact design.  These Turkish guns are popular, but have been hard to come by, as the ATF doesn’t consider them to have legitimate sporting purposes.

They’re making these in the states now, which means they are easier to come by.  But they’re not as common as they should be.  The MSRP: $1,500.

My favorite on this list is the semi automatic SRM 16.  This compact powerhouse has 16 round detachable magazines made up of four tubes.  The magazine requires some manipulation, as a shooter has to rotate the contraption when each of the four tubes is empty.  But still.  The versatility this offers is outstanding.  Each tube can be loaded with different types of ammunition. 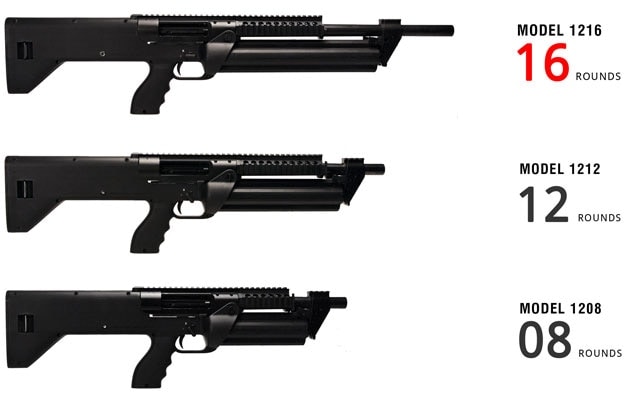 The MSRP on the SRM: $2,400.  So you may have to sell a bunch of other guns in order to afford one.  And the short barreled Model 1212 and 1208 already face some unnecessary restrictions.

If assault weapons do wind up facing greater legal challenges, the Akdal MKA 1919 will be front and center.  This shotgun is designed to look like an old-school M16.  It has detachable box magazines that come in various sizes.  and it has the ubiquitous AR style pistol grip.  It is a semi-automatic and it is imported, too.  Turkey, again.

If the pro-AWB crowd gets to overstepping their bounds, the Saiga 12 will be a target.  I can’t decide if it would get more negative attention than the traditional AK 47, or if the ignorant would simply lump it in with all things AK.  It is an amazing gun.  But, like the Akdal, it looks like a weapon some associate only with war.  And the AK platform has the added hurdle of looking like the weapon of our enemy.

While it isn’t as compact as some of the bullpups, the Saiga 12 works just as well.  I see its AK lineage to be an asset.  AKs are damn near indestructible.  If there is one gun in this list that stands on solid ground, this is it.  And they’re not that pricey.  A new Saiga 12 starts at $779.

If you are worried about what might be coming, it is a good time to go shopping. Better to do it now than to risk not being able to at all.