Barnes, esteemed ammunition and component manufacturer, will be rolling out a new line of duty and self-defense ammunition for 2013 called the TAC-XPD. This premium ammo is designed to get people out of life-threatening situations with advanced bullet and cartridge design.

This is a step in a new direction for Barnes, who is better known to hunters and reloaders than in self-defense circles. Still, their experience with cartridge manufacturing leaves little doubt as to their ability to deliver a solid product, even if it’s in new territory. From the press release: 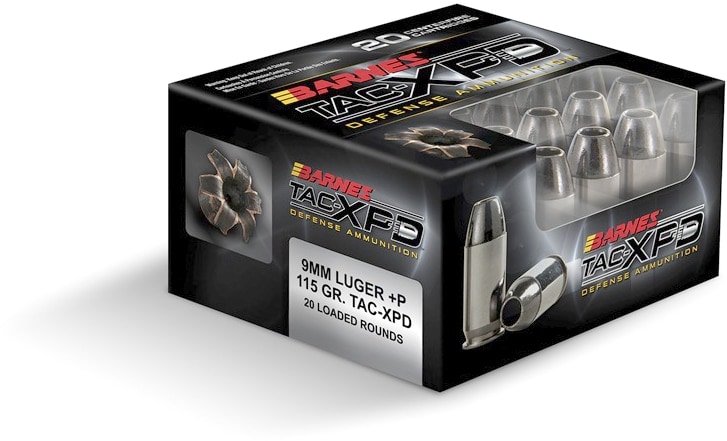 “The lighter bullet weights of all-copper TAC-XP projectiles in comparison to lead-core counterparts enable the shooter to recover quickly due to less felt recoil, without sacrificing terminal performance. It is also engineered to produce almost no muzzle flash—an important feature in low-light conditions.” 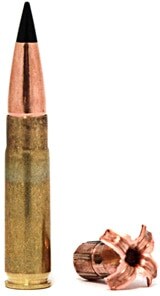 This ammo is at the forefront of self-defense ammo and uses an all-copper bullet design. Of course, Barnes is a leader when it comes to lead-free bullets and if anyone can load these all-copper projectiles to their maximum potential it’s Barnes. These cartridges will use Barnes’ XP bullets and nickle-plated brass cases to prevent corrosion and promote smooth extraction.

Barnes will be launching their TAC-XPD ammo with offerings in four of the most popular self-defense chamberings, an 80-grain .380 ACP, a 115-grain 9mm Parabellum +P, a 140-grain .40 S&W and a 185-grain .45 ACP +P. Presumably other calibers will follow, particularly for revolvers. TAC-XPD will be sold in boxes of 20.

Their last big ammo development was their Vortex 110-grain 300 AAC Blackout cartridge, which was named Ammo of the Year by Outdoor Life and Best Of by Gear Scout for its ability to expand reliably even when fired from short barrels and at distances that have sapped its velocity. The engineers at Barnes are experts when it comes to all-copper bullets and ammunition.

We look forward to seeing some numbers on this stuff, including how much energy these cartridges make, what kind of penetration and expansion are we talking about, as well as cost. Also, prices have not been announced. What’s your bet? A buck a bullet?