The fallout between the Wounded Warrior Project and Tom Gresham, who hosts the nationally syndicated talk show ‘Gun Talk,’ has been the hot story of the week.

At the heart of the matter is the question of whether the multi-million dollar charity ($185 million in projected revenue for fiscal 2013) views firearm manufactures as being bad for business.

Here’s a quick recap of the situation:

Last week, Gresham invited WWP to appear on ‘Gun Talk’ on Veteran’s Day to promote the great work that they do for wounded veterans.

A spokesman for WWP declined the invite citing the charity’s policy that precludes them from “co-branding” or doing “cause marketing” with firearms companies.

Given that WWP has, in the past, sponsored shooting events and hunting trips for wounded vets, and received large donations from firearm manufacturers the policy seemed a bit odd.  So, Gresham – along with many concerned members of the gun community – pushed back and challenged WWP on its policy and its lack of consistency in dealing with the firearms industry.

After a few email exchanges, it was decided that WWP CEO Steve Nardizzi would appear on the show to clear up the whole misunderstanding that had “been blown out of proportion.”

Well, this past Sunday Nardizzi appeared on Gun Talk.  The result was a rather frosty discussion that left, at least, this gun owner scratching his head. 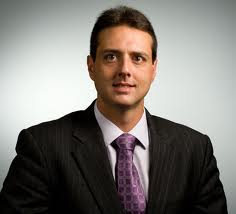 Before I get to my thoughts on the matter, I’m going to stop here and tell you to listen to the radio interview if you have time.  It’s best that you hear the interview in its full context so that you can formulate your own opinion on how WWP handled the controversy.

Okay, after hearing the interview my thoughts are as follows, I don’t think WWP is anti-gun per se, but they’re not really pro-gun either.

As Nardizzi iterated in the interview, WWP’s logo has a soldier holding a firearm.  The group still sponsors shooting events to raise money for wounded vets (approximately 100 per year).  The group doesn’t lobby against the 2nd Amendment or disparage gun rights and is more than willing to accept donations from gun manufacturers and gun owners.

However, it just doesn’t co-brand or cause market with firearms companies, which entails allowing companies to use their logo on products.

According to Nardizzi, due to the internal costs associated with those types of campaigns it’s not as profitable as other fund-raising opportunities.  Additionally, there’s a whole bunch of onerous regulations that make co-branding with firearms companies (or alcohol companies or other controversial entities) a pain in the butt.

In the interview, Gresham rightly called Nardizzi out on this statement.  Let’s face it; to some degree it’s a bunch of poppycock (There’s little doubt that WWP could find a way to profitably co-brand with GLOCK or Ruger or one of the bigger firearms companies).  But, still, if WWP doesn’t want to lend their logo out to gun companies for “business reasons” than that’s WWP’s prerogative.

So, what are we left to conclude?  Well, it’s obvious.  In lieu of being a principled charity (one that stands for certain values, i.e. pro-Constitution), WWP is a politically correct charity – one that makes every effort to be as non-controversial as possible.

Naturally, some gun owners will have a problem with this.  If you’re not willing to stand with us, then why should we give you are money?

That’s a totally valid and legitimate question.  The good news is we have a choice on whom we give our money to.  There are plenty of other charities out there that support veterans and are conspicuously pro gun (Gresham’s going to put together a list of them on his website).  So, it’s really up to us.  The key though is to continue to support our veterans.

Also, you should read Gresham’s written response to the interview and final thoughts on the matter.  Whether or not you agree with Gresham, you have to at least acknowledge and admire his passion for gun rights.