“Why would some of these students choose to stay in their current living situations? Some of them are undoubtedly too busy clicking their spurs together and shooting multiple revolvers into the air, Yosemite Sam-style, to have heard the news. Others may be buried underneath a pile of commemorative, pearl-handled shooters purchased at the most recent gun show, unable to reach the door. At least two are currently building a recreation of the Fortress of Solitude off-campus in the nearby woods, crafting a sleek, silent Gun Palace… With cobalt-blue bolt bedframes and state-of-the-art pistol slide door hinges, the Gun Palace is the only choice for the discriminating CU gun owner.

“The Gun Palace is slated for completion in Spring 2014. Residents will be selected by lottery.”

Yep, that’s gun owners to a T. We like to sleep on piles of guns under a blanket made of guns. And when we’re not eating what we shoot we eat other guns, softer guns, lest our teeth fall out and we replace them with dentures made of bullets.

Other factual facts about being a gun owner include owning a spare car just for shooting, using the same toothbrush for personal hygiene and gun maintenance and using gun lube as an all-purpose body lotion.

Actually, if Hoppes made lotion there’d probably be a market for that. Strike that, we’re positive.

That quote is not a comment, by the way. It reads like a one what with the gibberish but is actually Mallory Ortberg writing for Gawker, a Legitimate News Outlet™.

It’s just—none of that makes any sense. College students buying piles of pearl-handled commemorative shooters? Only if they hold liquor.

Ortberg and Gawker have to create ludicrous cartoon stereotypes because there isn’t a picture of the concealed-carrier.

If they did they’d wind up with this, the single most law-abiding demographic you can isolate. Statistically speaking, if CU wanted to lower their on-campus crime rates, they’d require that eligible students be concealed-carriers. 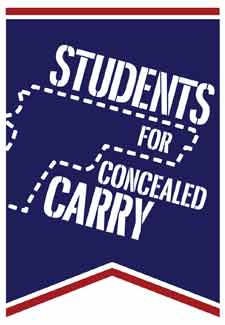 The truth is that they can’t paint concealed-carry in a bad light without resorting to the factually incorrect or the absurd. The concept of the student or staffer who simply just doesn’t want to wind up in a crime blotter must be the myth and it’s the miniature murderous prospector that’s the real deal.

The article makes it sound like no one wants to move to a dorm full of other gun owners, but the truth is that the students have no impetus to come forward and move just to comply with a questionably-legal policy in the first place.  That is to say, if they even know the policy exists.

It was a conversation that went as follows, “So which dorm is the dorm for students with guns?”

“What? We have no idea what you’re talking about.”

“Hang on. Google, make me smarter… Here it is, the Denver Post, two days ago.”

We were talking about the decision made last August as a grey area between CU’s original policy of banning guns and the supreme court’s position that a ban is unconstitutional. CU’s decision was to segregate students and remove those with concealed-carry permits from the regular student dormitories. The catch is that we were speaking with campus housing staffers; even CU employees aren’t aware of the policy. They asked to remain as anonymous as the students with concealed-carry permits.

So far, no students have told campus representatives that they carry, obviating the need for student housing to give a damn. There are a few clear reasons why.

“I’m not surprised,” said David Burnett, spokesman for Students for Concealed Carry. “You’ve proven you’re legally, responsibly and morally able to carry, then the college comes back and tells you you’ve got to move. “What would you do?”

There’s that plus the fact that a very tiny percentage of CU’s students is likely to have concealed-carry permits, particularly regarding those who live in the dorms. You must be 21 to obtain a concealed-carry permit in Colorado, which eliminates 91 percent of CU’s Colorado Springs dorm-housed student population and 96 percent of the Boulder population. All in all, this probably effects individuals numbering in the dozens or maybe less than that.

It may be possible that these students are confident that the courts will overturn any actions taken against them by the campus, as has been the case in the past. CU is on pretty weak footing with this policy, which is so broad as to include toys in its code.

“Toys designed to look like/perform like weapons or firearms are expressly prohibited in the halls. This includes Nerf toys of any kind, and other similar toys.” 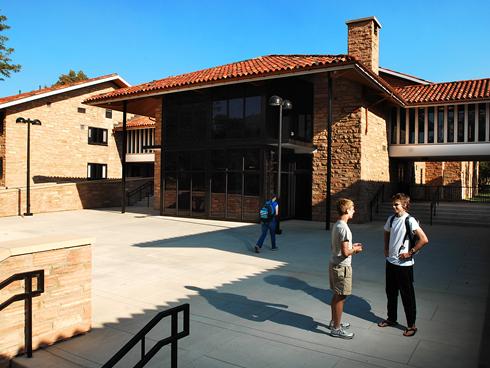 It could also be that any students with concealed-carry permits simply don’t want to draw attention to themselves, which is sorta the point when it comes to carrying concealed. They would be avoiding a lot of potential scorn, exactly the type of BS Gawker is slinging.

And lastly, a very good reason for students not to come forward is that they, like CU staffers, don’t know about the policy.

None of the CU representatives working for and with student housing that we spoke with had heard of this policy. No one had informed the people in charge of the dorms that the administration had adopted a plan to segregate students. If they don’t know, what are the chances that the students do?

Said one staffer, “We’ve talked about concealed-carry before, but not about anything official.” When we asked what would they do if a student with a concealed-carry permit came forward, “We don’t discriminate,” they continued. “We don’t have one-unit housing, but we could give them a single.” According to CU’s policy any students with permits are likely to be put up in family housing, which is probably a lot nicer than the regular dorms, too.

Once news of this gets around, maybe we’ll see a growth in numbers of people who will come forward. And maybe a growth in permit-seekers who have an eye on a nicer room.

We wouldn’t be surprised if CU doesn’t want people to know about this policy, staff and students alike. At best, they’re going to have to spend more for student housing and at worst, face another expensive legal battle, just to lose it a second time. This policy is troubling, more for the university than anyone else. And anyone who sees this as a victory over gun rights is delusional.

Gawker wants people to think that concealed-carriers are crazed trigger-happy kooks, and all they have are tired, dumb stereotypes. We say keep it up, Gawker. You’ll just make our point for us.