According to the chairman of the U.S. Federal Energy Regulatory Commission, all it takes is a terrorist with a rifle to take out large portions of the country’s power grid.

“There are ways that a very few number of actors with very rudimentary equipment could take down large portions of our grid,” Wellinghoff told the audience, according to Bloomberg News. “I don’t think we have the level of physical security we need.”

In particular, Wellinghoff is unsettled by the notion that terrorists could shoot out many of the country’s high-voltage transformers in a coordinated attack.

A terrorist “could get 200 yards away with a .22 rifle and take the whole thing out,” Wellinghoff explained, noting how the danger of this is on par with or exceeds cybersecurity threats. 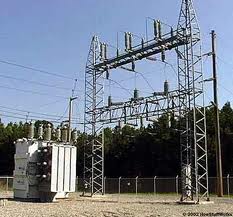 Wellinghoff is referring to the fact that many transformers around the country are sitting out in the open, surrounded only by chain-link fences, which makes them a relatively easy target.

Though, Wellinghoff is confident that a simple problem requires a simple solution.

For a “couple hundred bucks” a utility company could put up metal sheeting to block the view of transformers, he said. “If you can’t see through the fence, you can’t figure out where to shoot anymore.”

Additional efforts, like encouraging utilities to stockpile transformers and back-up power converters was also recommended by Wellinghoff, who cited a 2007 report that was recently declassified and released by the National Academy of Sciences which called for the government to work more closely with utilities to ensure they are prepared for potential states of emergency.

So, what does this have to do with law-abiding gun owners?

Well, some within the gun community see this as a dog-whistle of sorts for gun control reform.

After criticizing Wellinghoff’s solution for being naïve to the real costs of putting metal sheeting along the perimeter fences that surround the nation’s thousand or so utility substations, David Codrea of Examiner.com wrote the following:

Wellinghoff has managed to inject an anti-rifle scare into the energy debate that Bloomberg News, in thrall to its billionaire anti-gun zealot master, has the means to disseminate to the general public to manipulate and gin up the fear needed in order for planned “solutions” to be introduced.

Codrea goes on to note that the term “rifle” does not appear at all on the FERC website nor in that 2007 National Research Council report that details the major physical, cyber and personnel vulnerabilities to the grid.  All of which suggest that Wellinghoff’s claim regarding rifles is greatly exaggerated.

That makes the chairman’s characterization of them [rifles] as “among the greatest threats” seem, kindly stated, more agenda-driven than empirical, and makes the Bloomberg “Authorized Journalist’s” report, again as kindly put as it merits, a fraudulent propaganda hit piece masquerading as straight news.

Given the fraught relationship between the government and gun owners it’s not at all surprising to see skepticism regarding Wellinghoff’s comments emerge.

So, the question remains, is Wellinghoff simply pointing out a credible threat to public safety or is he trying to build up fear in an attempt to lend credibility to the argument for stricter gun laws?

Of course, regardless of his actual intent, moving forward, his words will likely be used by gun control advocates to push for greater “security measures” that are in the interest of public safety.