I live in central Virginia, in farm country, and there’s an auction at least every other weekend.  Most of these shindigs will have a gun or two.  One this past October had more than a hundred.  I went, hoping to find a rare gem.  But the sale prices were outrageous.  There were two white-bearded bachelor farmers who went head to head on everything.

The result must have been great for the auction house and the estate.  The rest of us were less amused.  Some of the guns sold for five times what they should have, or more.  As handguns were rare at this particular auction, a rusted up eastern block 9mm with no magazine (and no grips) went for more than six hundred bucks.

So I’ve grown dubious about auctions.  Yet every now and then something good comes along, and it deserves some extra attention.

Buying mothballed mid-century relics that have been rusting on the farm is one thing.  You get what you pay for.  But there’s an auction going on now that has some real potential.

Web Guilliot owned a gun shop in Effie, Louisiana, and is why he owns so many guns. But he passed away, so now his collection of guns, ammunition, gunsmith’s tools, and parts are being auctioned.

The auction has two components, one online (which is live now), and live bidding that begins Thursday at 6:00 p.m. eastern.  Details about the auction, terms, bidding, etc. are available at the Bonnette Auctions website.

More than 300 guns.  Some of them are rare enough.  Most are fine examples of sporting rifles and shotguns from the heyday of American blued steel and Walnut.  Remington, Winchester, Browning, Ithaca, Savage.  The usual suspects.  But really clean examples.  After all, Guilliot was a smith, and a collector.  There is not so much flotsam and jetsam, and the rusty junk that is here is clearly marked.

Check out some of the highlights in the catalog. 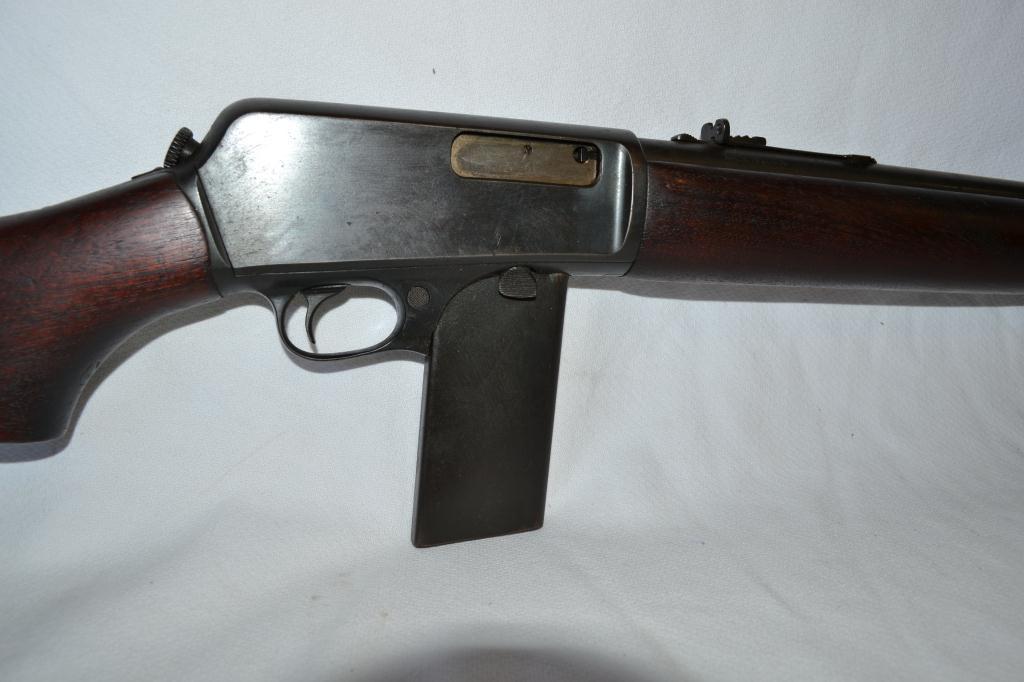 A Winchester Model 1907 in .351.  It may be hard to find ammo for one of these, but this rare magazine fed semi auto won’t be doing much shooting.  Not because it can’t, mind you.  But this is a gun you hold close, and look at longingly.  Unless you plan on busting up some stills, or something.  In which case, this is the gun to take along. 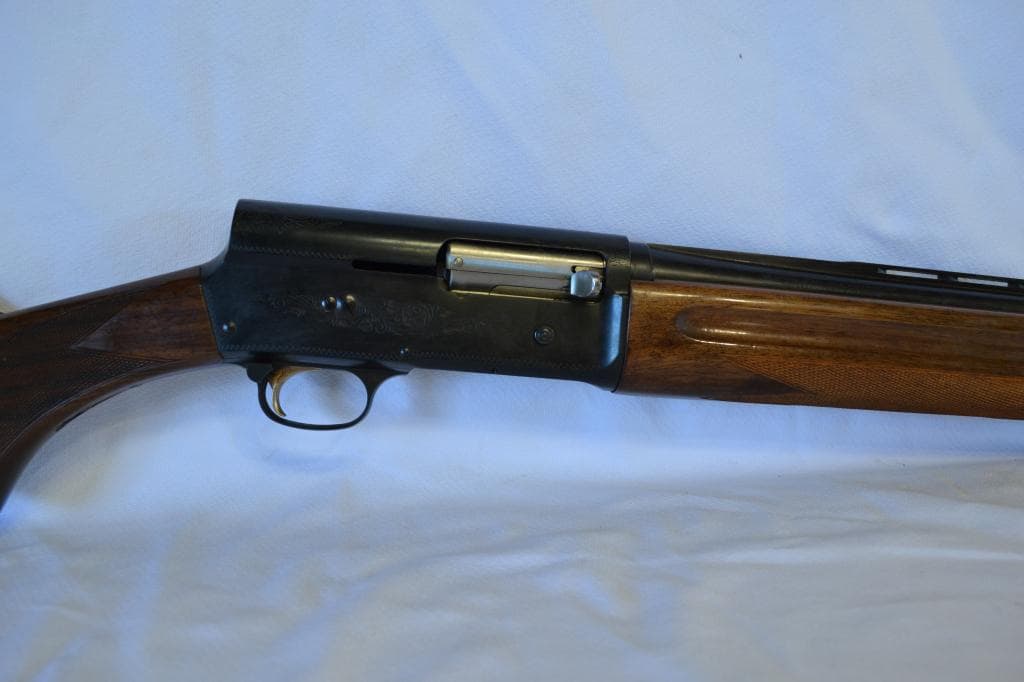 There are several Auto-5s, and Auto-5 like copies.  Made in Belgium, made in Japan, made in the states…your pick.  These sleeping giants are from a time when guns looked really elegant.  The back end is so clearly distinctive.

Old John Moses knew how to make a really refined tool.  Browning is making the A 5 again, but you need an original, too. 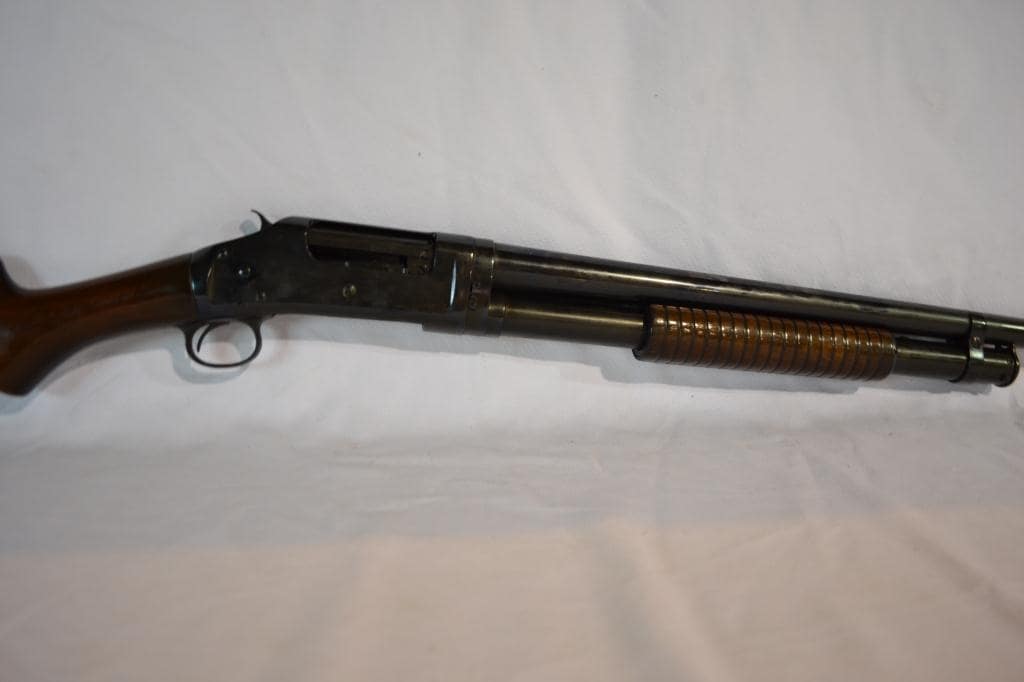 There are also several Winchester Model 1897s.  This gun terrified the Germans in the WWI.  It was the height of tactical, but still managed to look like something that had just ridden in in a gaucho’s saddle holster.  They didn’t have to look tactical to be menacing, and they are some of the last pump guns to sport the exposed triggers. 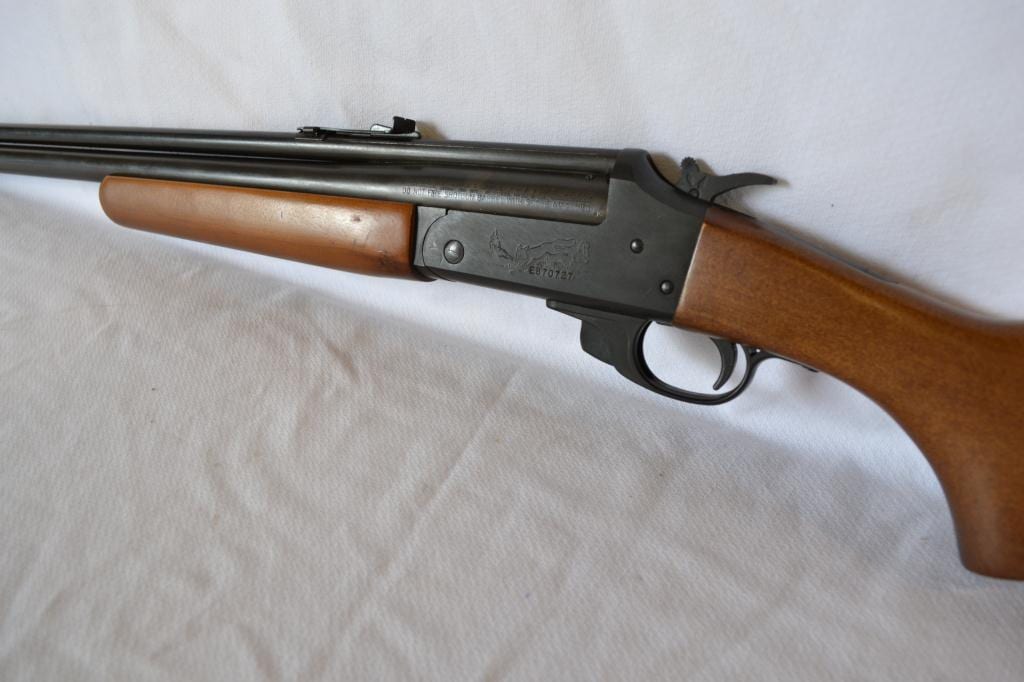 Maybe you’d rather have a Savage model 24. The .22 LR barrel up top, 20 gauge below.  Savage is making a new version of this gun, the 42, and it is solid, but the feel of an old 24 is really hard to replicate in polymer. 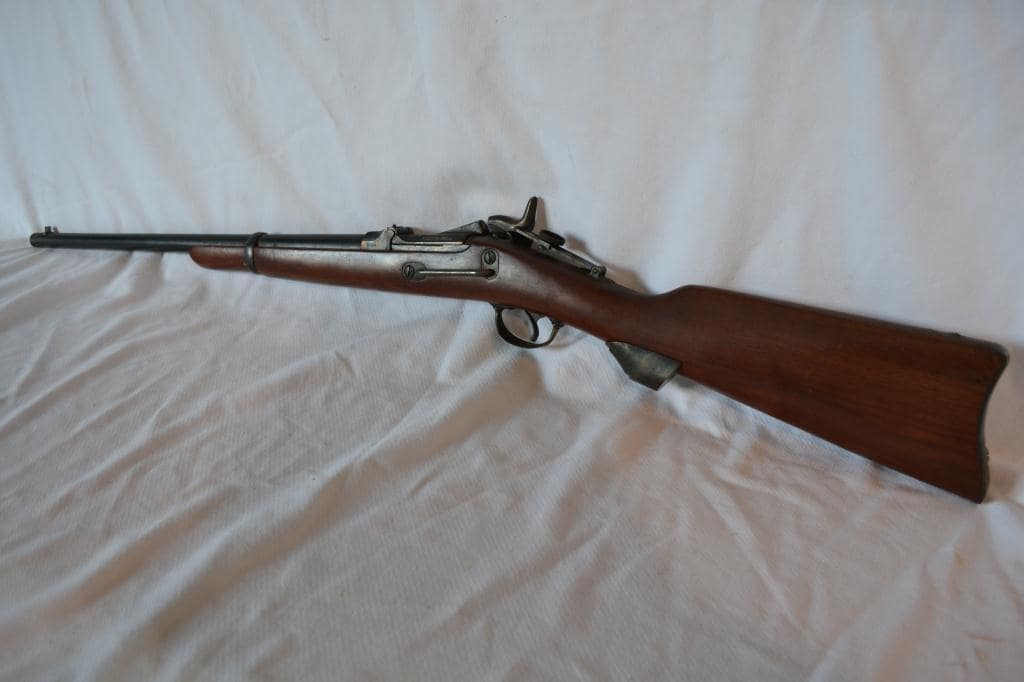 Or maybe you’re a history buff.  There is a fantastic 1873 Trapdoor Springfield.  Clean.  It doesn’t look like it was ever used.  If it was, a soldier took good care of it.  Maybe it wasn’t used.  By 1873, Winchester was redefining rifles.  The Springfield, though useful, was a bit outdated even when it was brand spanking new.

There hundreds of other guns.  Lots of parts and tools, too.  European sniper rifles.  American military guns.  Japanese rifles.  There are very few pistols.  And not much plastic.  But the rest will be, for some lucky bidders, solid gold.