Those who fail to learn history are doomed to repeat it – right?

Well, then, given it’s rather checkered past with securing the rights of law-abiding gun owners, it’s interesting (maybe ironic) that Germany is leading the charge among EU member states to implement a national gun registry.

I mean German citizens have to remember what preceded and in many ways guaranteed the rise of the Nazi Regime – right?

I don’t need to recount the country’s entire pre-WWII history, but as Research Director of the Independence Institute David Kopel laid out in his National Review article, “Hitler’s Control: The Lessons of Nazi History,” gun control was a major reason why the Nazis came into power and succeeded in killing millions of people.

As Kopel wrote, “Simply put, if not for gun control, Hitler would not have been able to murder 21 million people.”

With that said, one would think that Germany would fight tooth and nail against any measure that seeks to restrict or regulate the gun rights of law-abiding citizens – right?

Well, evidently, no, that’s not the case.

On the contrary, it appears that the German government is all too eager to comply with the relatively new EU mandate that requires all 27 member-states to compile a centralized gun registry over the next two years.

The German interior minister, Hans-Peter Friedrich, is enthusiastically rounding up the information of the country’s estimated 2 million gun owners.

In an interview with reporters in Berlin, Friedrich said that the database would provide “a very concrete contribution towards improving public safety.”

He added that the new system would allow police to check “who owns which weapons legally, across the entire country,” more quickly than ever before. 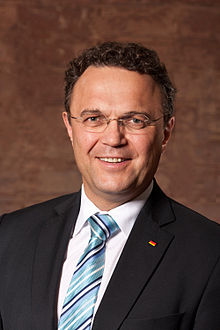 As indicated, Friedrich gloated about being way ahead of the EU’s deadline for compliance.

“With this Germany is one of the first member states to fully comply with the demands of the EU guidelines,” the interior minister said, according to DW.de.

The database is expected to launch on Jan. 1 in a preliminary capacity.  The more advanced version will go live at a later date and will contain more detailed information, including: the gun maker or manufacturer, the importer, the dealer, and the history of ownership, i.e. previous owners.

With this registry, German gun owners will be placed on a government map that is ultimately overseen by the EU.  Let’s hope that in the future they don’t become targets.

Think about it, while the possibility of another tyrannical regime cropping up is unlikely (one would at least hope), the possibility of the EU (or parts of it anyhow) descending into chaos due to continued market instability and dire economic conditions is not all that unlikely.

If gun owners’ names and personal information is leaked or broadly publicized during a sustained period of civil unrest, whom are radical groups and militant organizations going to target should they want to stockpile arms?  Consequently, who are the authorities going to target to stop militants and radicals from arming themselves?

Either way, whether it’s via a corrupt government regime or a complete state of anarchy, a national gun registry puts gun owners in the crosshairs of bad people.

(There’s also another way to look at this situation.  That is, are national gun registries effective at reducing crime and/or gun-related violence?

The best way to answer this question is to look at Canada, which has recently decided to scrap its national long-gun registry after years of running it, citing it’s high costs and general inefficacy.

“I know that this subject has been an issue of much contention and much debate over the years but I want to assure everyone that our government has carefully examined all of the sides and the evidence and I can confidently stand in front of you today and I can say that the long-gun registry has been ineffective and it has been completely wasteful,” said Tory MP Candice Hoeppner in 2011.