Fire Bolt: A Stun Gun Flashlight (and a discount!)

The holidays are coming.  If there is someone in your life who might need a little extra protection, consider a Fire Bolt.  The combination stun gun flashlights are being offered at a discount to Guns.com readers (details below).

These flashlights are built to Mil Spec standards and provide 180 lumens of light from a single LED.  For those of you who are not up on your lumens (or lumina, for the purists), that’s really bright–much brighter than your typical hardware store flashlight.  180 is bright enough to blind an aggressor temporarily, which is the Fire Bolt’s first benefit. 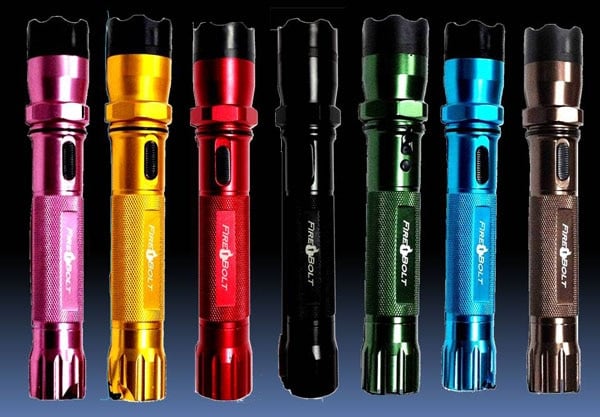 And the aluminum housing, which measures 7.5 inches, fits well in the hand.  In capable hands, the flashlight itself would be a persuasive tool for self defense.  And they come in pretty colors.  If you are looking for something more compact, like the size of a tube of lipstick, the the Stiletto might be the thing.  The Stiletto is clearly meant to be concealed in a purse or a pocket. 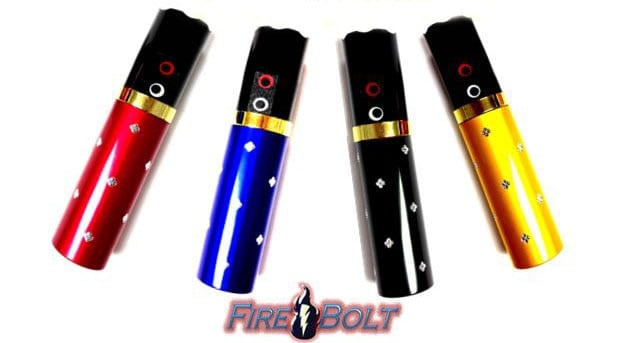 But the real benefit of both the Fire Bolt and the Stiletto is the Bolt part.  1,000,000 volts of electricity.  The light has a simple slider button that can turn on the light, or turn on the light and ready the stun gun function.  When released, this electric arc will penetrate clothing.

The sound of the electricity is enough to scare me.  It is a loud mix of static, cackle, and zap.  A simple, fast shock will hurt like hell.  A couple of seconds can knock someone down and keep them down.  A prolonged shock will leave an attacker flat on his (or her) proverbial ass and leave them mentally and physically incapacitated for several minutes.

Fire Bolt is new on the flashlight scene.  And their marketing efforts are almost aggressive as their lights.  I respect this when the product lives up to the hype.  And this push means discounts for you.  Check out their Facebook page and see what’s up.  Or head over to the site.  Fire Bolt is offering a 10 percent discount on lights.  Use the coupon code: guns-com.  That’s 10 percent off of the $89.99 of a Fire Bolt, and 10 percent off the $59.99 of a Stiletto. 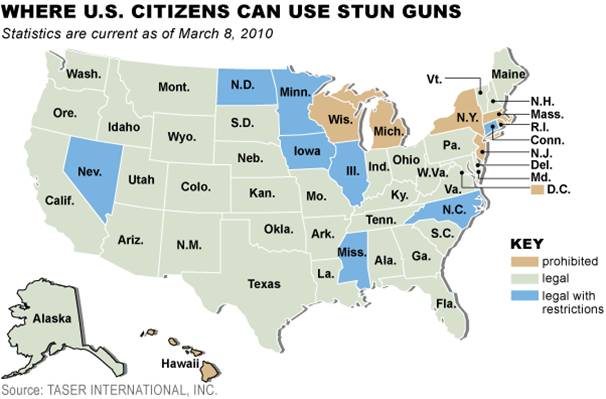 Stun Guns do face some regulation, as this map from the Fire Bolt site implies.  It would be good to know what “legal with restrictions” means, for those of you in the blue states.  And the tan states.  Sorry about that.

The Fire Bolt is a useful tool.  It isn’t meant to be an offensive weapon, obviously.  But it does provide a measure of deterrence (the light and the noise), and protection.  And the concept make sense for those in your life who may be averse to guns.  They may need an extra bit of insurance, too.  And even if they never have to use the bug zapper, everyone needs a good flashlight.