Following the shooting, the budding NFL standout drove to the team’s practice facility, thanked his coach Romeo Crennel, and GM, Scott Pioli, for all that they had done for him, and then shot himself in the head.

Belcher did not survive the shooting. 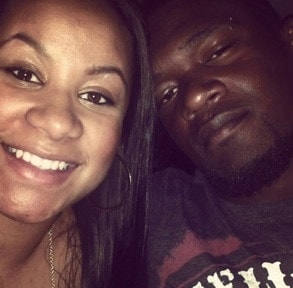 By all accounts it was a tragedy.  And to make matters worse the two young parents left behind a 3-month old daughter.

Given the nature of this horrifying and widely publicized murder-suicide, it would only be a matter of time before gun control advocates used it as a way to argue for stricter gun laws.

As a gun owner, you knew that this tragedy would be politicized in order to push a gun control agenda.  It was inevitable.

“You want some actual perspective on this?” Costas asked the audience rhetorically.

“Well a bit of it comes from the Kansas City-based writer Jason Whitlock, with whom I do not always agree, but, who today, said it so well that we may as well just quote or paraphrase from the end of his article. ‘Our current gun culture,’ Whitlock wrote, ‘ensures that more and more domestic disputes will end in the ultimate tragedy,’” Costas said.

Costas continued to quote Whitlock, “‘Handguns do not enhance our safety. They exacerbate our flaws, tempt us to escalate arguments, and bait us into embracing confrontation rather than avoiding it…’ ‘Here,’ wrote Jason Whitlock, ‘is what I believe: if Jovan Belcher didn’t possess a gun, he and Kasandra Perkins would both be alive today.’”

Needless to say, these political comments on a show that is designed to be pure entertainment and, consequently, wholly apolitical sparked immediate backlash on social media forums.

Much of the feedback came from concerned members of the gun community, who saw Costas’s remarks as one-sided and knee-jerk and void of logic or reason (As the gun community continues to point out, gun ownership is on the rise, while gun-related crime is on the decline).

Here are a few of the tweets posted following Costas’s remarks:

Moving forward, the debate over gun control will continue.  Therefore, we need to remind gun control activists and a mainstream media that tends to be unfriendly toward gun owners that we welcome the debate, provided they are open-minded and willing to consider the facts on the issue.

If they do approach the problem of gun violence with a pragmatic and unbiased mindset, they will come to realize that the solution lies in finding ways to identify and help troubled individuals because as much as some would like to believe that “If Jovan Belcher didn’t possess a gun, he and Kasandra Perkins would both be alive today” there is no evidence to back this up.  Violence is – and has always been – a people problem.  Not a gun or knife or baseball bat problem.