Quietly having made its way to store shelves over the past couple of weeks, FNH USA is pleased to officially announce the FNX-45, their big-bore version of their highly-successful FNX series of pistols. This follows the FNX-45 Tactical, giving shooters a less exotic handgun at a more affordable price point. The non-tactical of the FNX-45 uses flush-fitting magazines and still has a 14+1-round capacity.

The FNX series of pistols has added many small and several large improvements over the FNP series, but until recently did not have an option in .45 ACP, forcing many shooters to stick with the FNP-45. Now friends of the .45 can get an FNH pistol with four interchangeable backstraps, a fully-supported chamber, fully-ambidextrous controls and all the other FNX features.

And with this latest FNX pistol, FN can now bring the FNP series to it’s end of life. It’s no longer listed on their product page, but it had a good run. The FNX series owed a lot to the FNP-45 specifically, which brought about some of the changes that would eventually be standard across the board for the newer series. 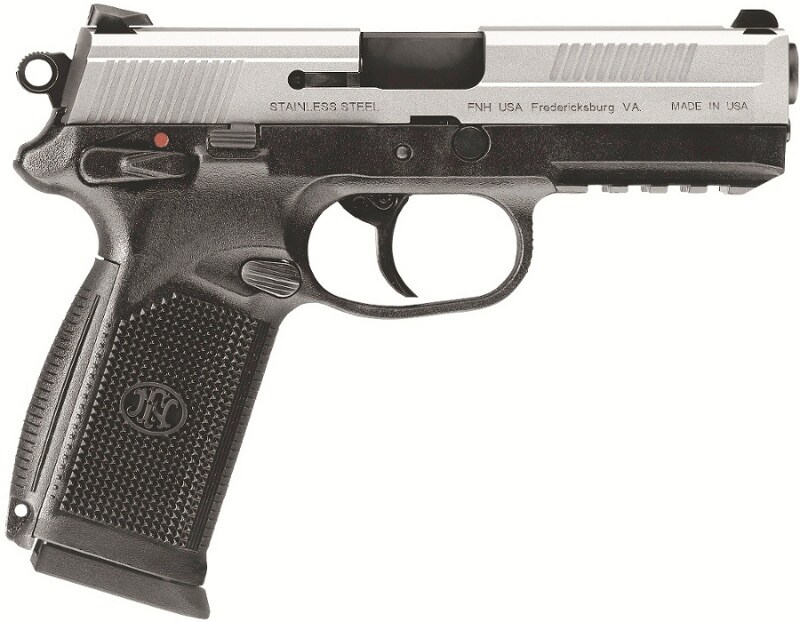 “We are pleased to announce the release of the FNX-45, which is the culmination of years of innovative product development and advanced engineering techniques,” said Ken Pfau, Senior Vice President of Commercial and Law Enforcement Sales for FNH USA. “This handgun was modeled after the FNP-45 service pistol originally introduced in 2007 under the U.S. Joint Combat Pistol Program. With the FNX-45, FN has combined all of the great features our customers love about our FNP product line with the reliability, performance and ergonomics our FNX line is known for.”

If you’re not familiar with FNH USA’s FNX pistols, they’re aggressively-textured polymer pistols that draw on Browning designs, not just for the breech lock but also in the grip, making them some of the most comfortable guns out there. They have a very long lock time which keeps the recoil down, even with the hottest loads.

They’re DA/SA pistols with a decocking safety. That’s about the only complaint people tend to have about these pistols, because down is fire and down again decocks it, but there is enough resistance in the decocker to prevent that from being a real-world problem. Naturally they can be carried cocked and locked. They also have very nice factory triggers, with smooth DA pulls at about 9 pounds and clean-breaking SA pulls at 4. 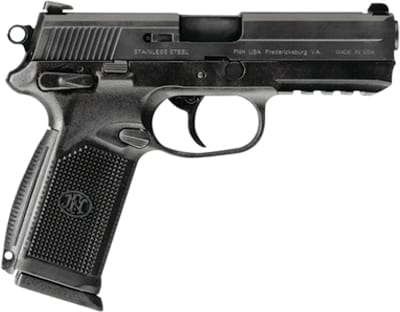 Finally, the FNX series of handguns present an enormous value. Although they’re priced a bit higher than similar service pistols at around $650, they also come with three magazines and night sights. The FNX-45 will be offered in three options at launch, a black Melonite and flat dark earth model. The pictured stainless model will follow shortly. The FNX-45, like all FNX pistols, are made in Columbia, S.C. Technical specifications include:

For complete specifications check out the FNX-45 product page and their Facebook page for other FNH USA news.