Teludyne Tech’s recently-announced StraightJacket barrel enhancement system is one of the most impressive ways we’ve seen used to accuratize a rifle ever. The StraightJacket is a housing that wraps around a barrel making it ultra-rigid without adding a great deal of weight.

After a long wait, Teludyne is preparing to sell complete upper assemblies for AR-15s, and they’re taking pre-orders now. The upper assemblies have an MSRP of $2,400, but pre-orderers will be given 15 percent off, bringing the price tag down to just over $2,000.

A firearm equipped with a StraightJacket is vastly more accurate than one equipped with a fluted bull barrel and it completely smokes a standard barrel. Down the road, we fully expect to see Teludyne StraightJack standard on serious competition firearms, provided they don’t get explicitly prohibited. That’s the type of improvement we’ve seen. 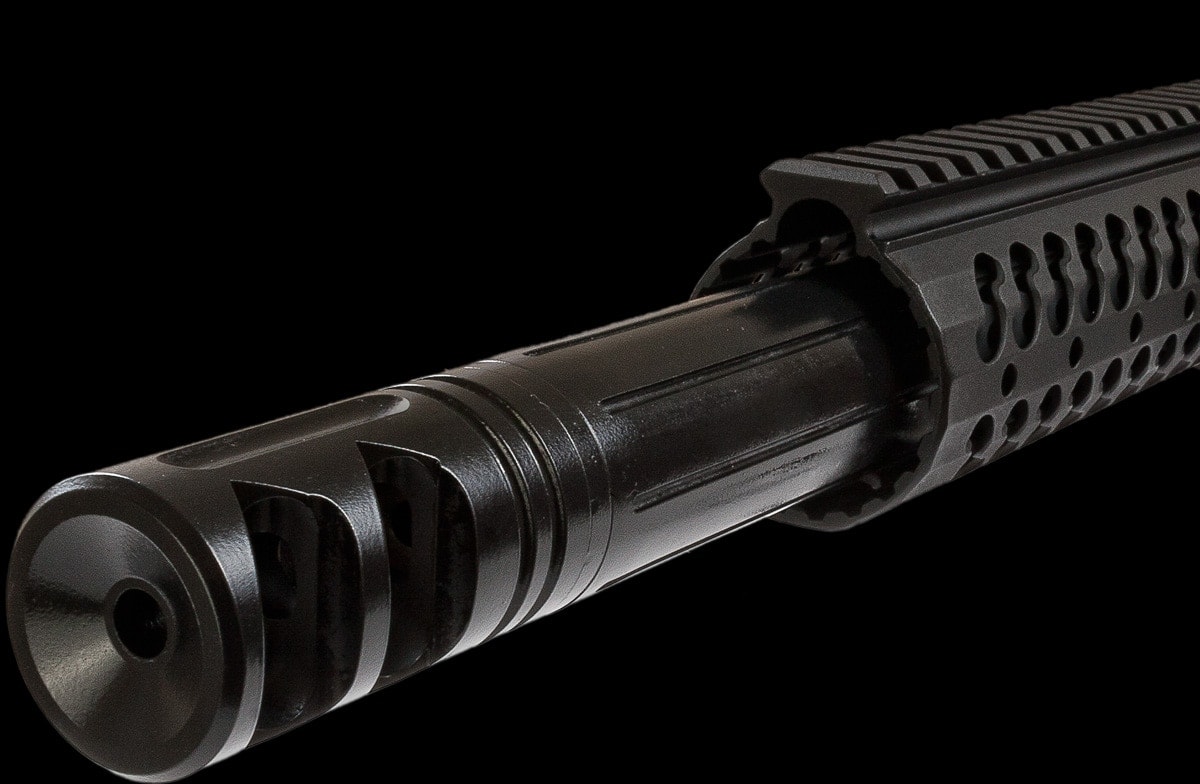 The StraightJacket consists of an aluminum sleeve filled with a proprietary resin that not only lightweight but has exceptional thermal properties. We suspect the media is carbon fiber or graphene-based or something in that vein, as carbon is both lightweight and highly thermally conductive. The heat-dissipation advantage helps keep groups down by limiting the amount of thermal expansion in the barrel. Because the barrel warps less, and is held so rigidly, the upper maintains a level of accuracy not matched by any other barrel types.

We found out about the StraightJacket earlier this year, while Teludyne was taking custom one-off orders. The StraightJacket works with all types of long guns, even shotguns. And within weeks, after word caught on, they had to stop accepting new business they were so overwhelmed by the demand.

We’re sure that even with a $2,000 price tag, it won’t be long before all their pre-order slots are filled. 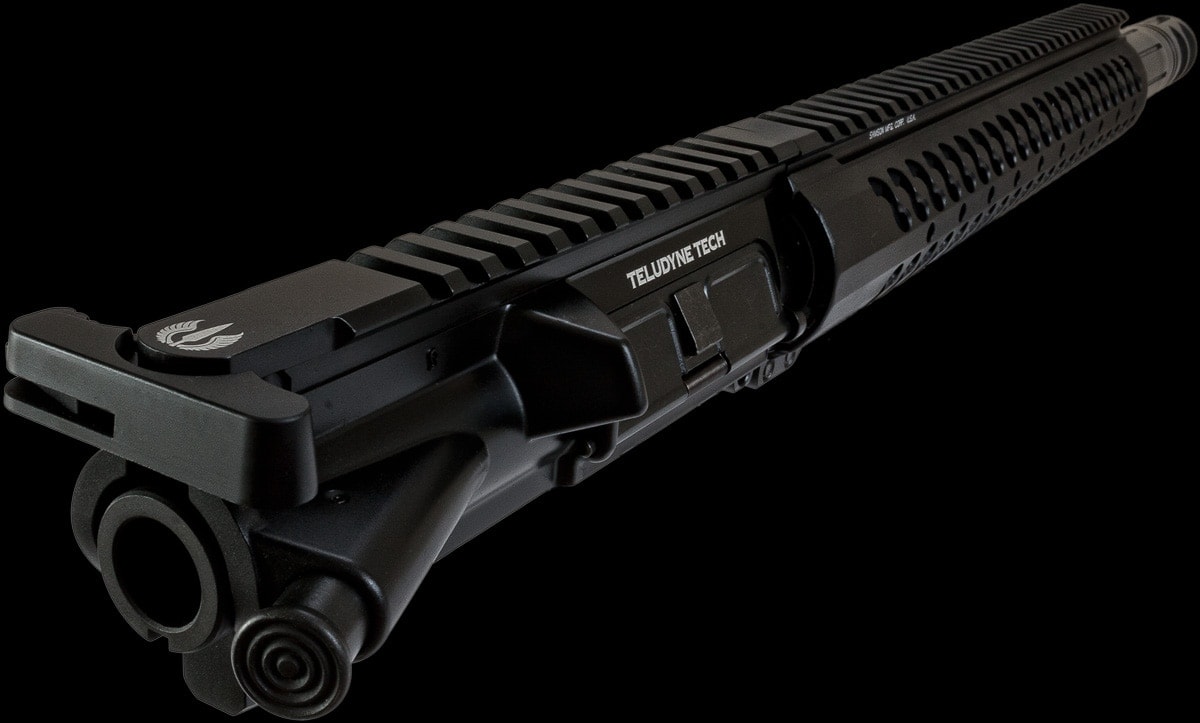 The URG1 is fitted with a custom muzzle brake that matches the expanded outer diameter of the StraightJacket, but is standard-threaded for other muzzle devices and suppressors.

While it may be a bit funny-looking, the accuracy—especially with heavy sustained fire—is just astounding. The upper, complete with bolt carrier group, weighs just five pounds.

There might be another long delay between this production run and the next, so think hard about getting in line. It could be months before you get another chance.