Since NBC broadcaster Bob Costas opened his piehole and subsequently jammed his foot in it (speaking metaphorically) by lecturing a captive audience of football fans on the importance of gun control, he has found himself to be on the receiving end of some, to put it mildly, negative feedback from gun owners and gun rights organizations around the country.

Of those who have lambasted Costas for his inane remarks, which were the brainchild of Fox Sports columnist Jason Whitlock (you’ll recall, Costas paraphrased much of what Whitlock wrote in his column), the Second Amendment Foundation is pushing to have Costas, Whitlock, NBC Sports, FOX Sports, and the NFL apologize for disparaging gun rights and gun owners.

The SAF has put together a petition, which you can sign by clicking here, to do exactly that, to force an apology from the two sports journalists and their respective employers.

SAF founder and Executive Vice President Alan Gottlieb addressed Whitlock’s column and his follow-up comments, in which he said that the “NRA is the new KKK,” and Costas’s on-air remarks in a SAF press release.

“The point Whitlock misses completely is that Jovan Belcher – a massive NFL linebacker – had every intention of murdering the mother of his 3-month-old child, one way or another.  Had Perkins had a firearm herself, perhaps their daughter would not be an orphan today,” said Gottlieb.

“Regardless, America’s millions of law-abiding and peaceful gun owners don’t deserve to be blamed for this tragic circumstance and it’s appalling that we would be singled out as Whitlock and Costas have done,” added Gottlieb.

SAF Director of Programs and Outreach Brandon Combs also commented on the controversy.

“These outrageous comments by Costas and Whitlock show how detached from the American mainstream the anti-civil rights element really is,” said Combs.

“Millions of people across the U.S. choose to defend their lives and those of their family with common semi-automatic handguns, the same kind Mr. Costas doesn’t see any need for.  Thankfully, the Constitution takes his firearms policy preferences off the table.”

The SAF is hoping to get 100,000 signatures on the petition.

While an apology would be nice, there’s little chance that either Whitlock or Costas will directly apologize for their remarks.  Whitlock thrives off of creating controversy and saying things that stir the pot.  He’s a contrarian.  It’s how he makes his living.

Plus, in Whitlock’s case, it was an op-ed.  In that context, he can say whatever he wants.  Likewise, right now, I’m sharing my own thoughts, so I can say whatever it is I want, e.g. I firmly believe New York City Mayor Michael Bloomberg is an existential threat to the 2nd Amendment.  I’m not going to apologize for that.  It’s what I believe.

With respect to Costas, it’s obviously a different story.  He wasn’t wearing the hat of political pundit; he was playing the role of sports journalist.  He clearly abused his power and position to spout a political message, which is wrong.  Costas should apologize, though again, he probably won’t.  And if he does, it’s likely to be insincere (Costas doesn’t strike me as the type of individual who ever admits that he was wrong). 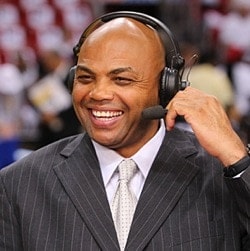 Though, maybe there is hope for Costas after all.  On his own show, “Costas Tonight” on the NBC Sports Network, he attempted – once again – to clarify his possession.

“Some people misunderstood when I pointed to what Jason Whitlock had said about a gun culture,” he said. “They thought I was laying everything at the feet of that. Domestic violence is part of it; the possible effect that football itself has on many of its participants is part of it. Drugs and alcohol could be part of it. And I didn’t say anything specifically about gun control legislation or the Second Amendment. I don’t want to repeal the Second Amendment. I think we should have responsible gun control but that wouldn’t prohibit somebody from carrying a gun.”

He also had former NBA star Charles Barkley on the show.  Barkley had, as always, an interesting take on the situation.

“I think, especially in the black culture, it’s a crime culture,” Barkley said. “We, as black people, and I always say we, we don’t have respect for each other. We got more black men in prison than we do in college, and crime in our neighborhoods is running rampant. I know everybody reacts when something like the Belcher thing happens, but being black, this is something you deal with all the time, and it’s just sad. I’m a guy and I carry a gun. I carry a gun.”

“I carried a gun in my car, every year of my life since I was 20 — never had to use it,” Barkley continued. “I just feel safer with it because we have jocks who get robbed all the time, road rage and things like that. I feel a sense of peace when I have it with me, but it would take extreme circumstances for me to even touch it.”

Moving forward, hopefully Costas reaches out to more gun owners to get their thoughts on the 2nd Amendment and what it means to them.  Perhaps, when the dust has settled, Costas will learn a thing or two.