Wilson Combat is launching their own HIPS—Hide in Plain Sight—holster, a belt-mounted satchel that’s designed to carry a concealed handgun. Because it straps to your waist it has the advantages of open-carry and off-the-body-carry but the security of concealed-carry.

The HIPS holster is good for anyone who can’t comfortably carry concealed due to clothing restrictions or the like but is (rightfully) uncomfortable with carrying in a bag or purse. And because it’s a discrete carrier that zips shut, it’s not possible to print or accidentally reveal its concealed handgun.

It’s not small, either. The HIPS was designed to carry service pistols and has a pretty sizeable compatibility list indicating that, even if your gun isn’t on it, unless it’s a full-size handgun or competition pistol, it will probably go in the holster. Some guns on the list include the Glock 19/23, SIG P239, S&W M&P9/40 and Browning Hi-Power. Oh, and of course, Wilson Combat 1911s Commander size and smaller. 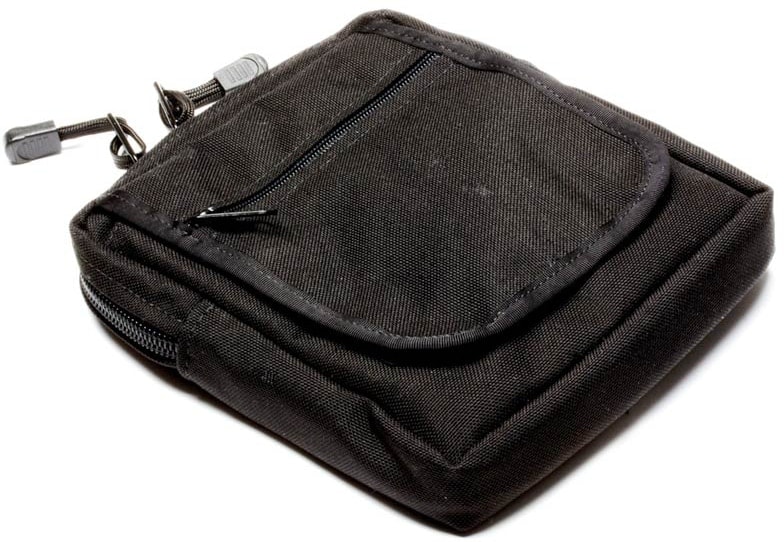 It also has a bit of room for cargo, such as an additional magazine or flashlight, and it has a secondary compartment for keys, a money clip, whathaveyou. And we’re guessing that if you don’t plan on carrying a Hi-Power you might even be able to squeeze an extra mag and a flashlight in there. 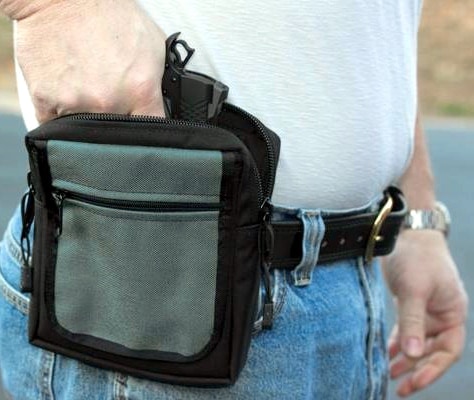 Because it wears like an open-carried holster, it also going to be more comfortable, especially for anyone who has to spend a lot of time at a desk or in a car or truck. It also shields your gun from debris, crumbs, sweat and all the other things both concealed and unconcealed handguns get exposed to.

The HIPS holster measures just under eight inches square by an inch and a half thick and has two heavy-duty two-way YKK zippers for the main pistol compartment and secondary front pouch. It’s constructed from 1000 Denier Nylon. Internally, the handgun compartment is adjustable and can be positioned to fit your gun.

It’s not super-expensive, either, priced at $55. Wilson is offering the HIPS holster in two versions, one all black and the other black with a grey front panel.

If you’re interested in buying one or just want more information about the HIPS, check out the product page.

The HIPS is clearly a versatile holster and we expect it to be well-received, it fits a niche. Just don’t call it a fanny pack. It’s not good to make fun of someone wearing a HIPS holster. Because they’re armed.