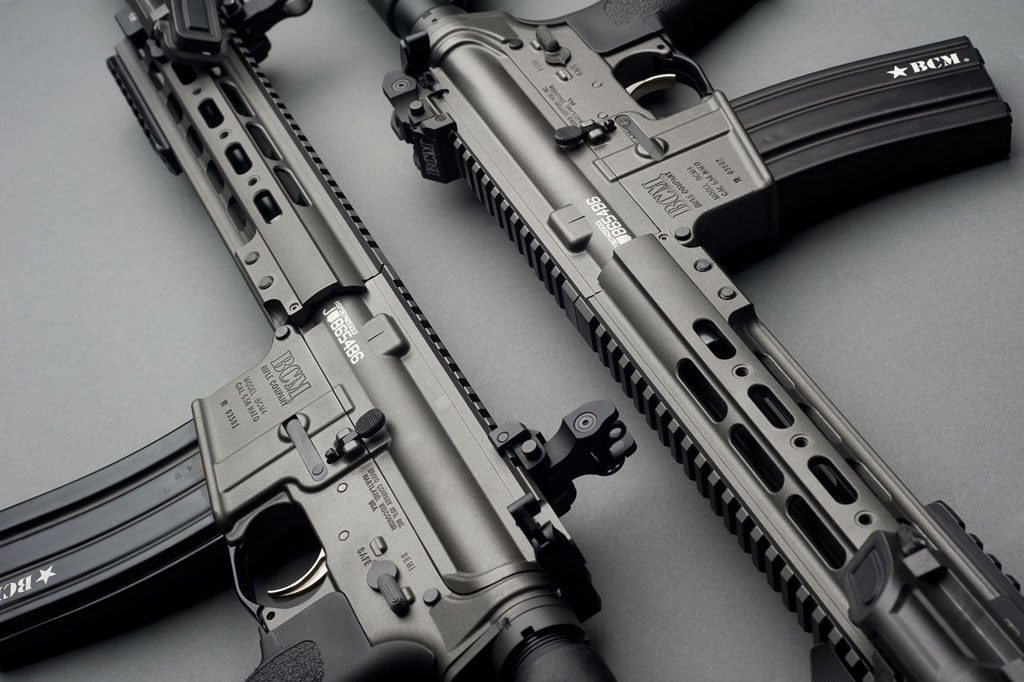 Travis Haley has partnered with Bravo Company Manufacturing and many others including Geissele, Inforce, B5 systems and ALG Defense to make the Haley Strategic Jack Carbine, a very high-end complete rifle system that includes everything you need minus the ammo. Haley’s own Haley Strategic includes some of their own in-house custom hardware to bring the build together.

The idea is to build a top-shelf rifle that conforms to military specifications, when it’s not exceeding them. It has a lot going for it, you should watch this promo.

The final product is one dead-sexy tactical rifle. Built on BCM mil-spec 7071-T6 Type III class 2 hard-anodized aluminum receivers including a RDIAS-ready low-shelf receiver, a 14.5-inch Government-profile barrel with permanently-attached BCM Gunfighter compensating flash hider to bring the barrel length to a legal minimum length of 16 inches long. It also uses a mil-spec trigger by ALG Defense that has been shaped and nickel-finished to eliminate creep and ensure a completely clean break.

The Jack Carbine sports a few firsts. In addition to the new B5 Systems SOPMOD Bravo Stock which has limited-rotation QD swivel attachment points and a lighter weight design that maintains the SOPMOD stock cheekweld, the Jack has a specially-made Geissele free-floating handguard that measures in at a clean ten inches.

The Geissele Super Modular Rail is one of the tightest-fitting free-float quad rail systems out there, plus it’s gorgeously finished to match the receivers. They have been Cerakoted “Disruptive Grey” a camouflaging color designed to fade into any background.

You can see the full list of specifications here.

About the only details that the BCM/Haley Strategic Jack Carbine video doesn’t get into are dollars and cents. We’re guessing it will take quite a few of the latter and even more of the former to pick up a Jack Carbine of your own, but then operators gotta operate.

The final price, which is surely to be several thousand dollars, will include the Inforce light, Thorntail mount and BCM flip-up backup iron sights.

All things considered, this is one rifle we wouldn’t kick out of bed for eating steel-cased surplus.