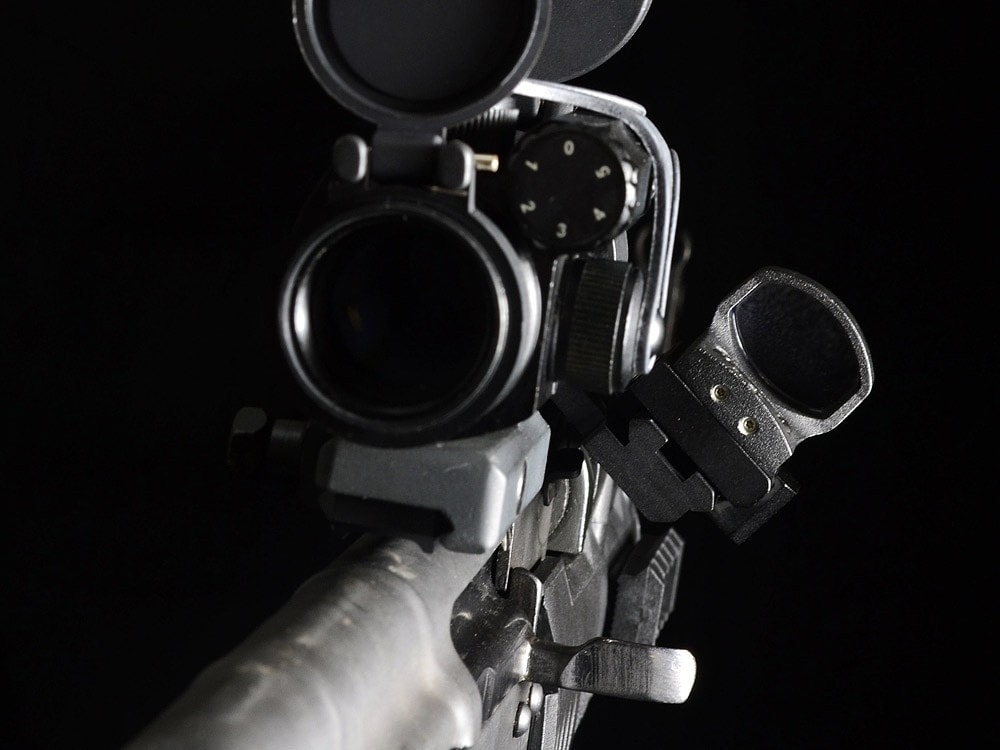 Yo dawg, we heard you like red dots! So we put a scope on your scope so you can plink while you plink!

Strike Industries has developed a new rear sight for AK-type rifles that allows you to mount not one, not two but three red dots onto your rifle (but it only comes with the hardware to mount two on at the same time).

Strike, we like you, a lot, actually, it’s… Just because an idea is unique and original, doesn’t mean it’s good. You have a lot of good ideas, Strike, we like most of ’em… 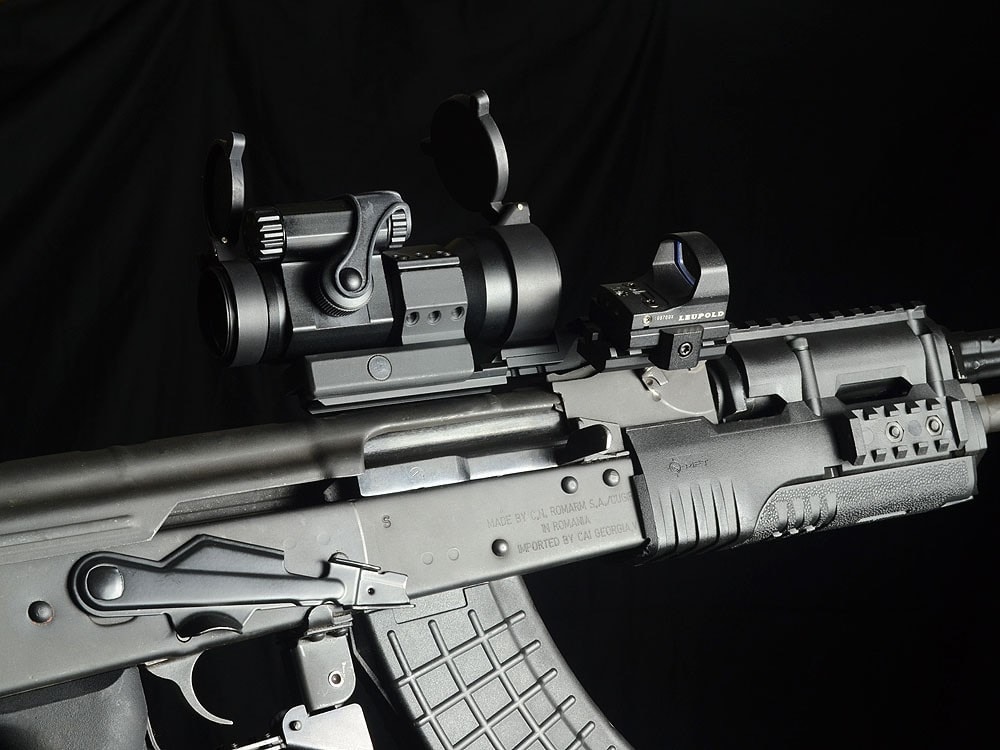 Actually, this would make a good flashlight mount or small laser sight adapter; we aren’t going to say it’s useless. Quite the opposite, if you’re not gonna use it for dual red dot sights, it’s pretty clever.

It replaces your rear sight and can still be used as one, and it doesn’t interfere with field-stripping or anything. 6061-T6 hard-anodized aluminum construction.