The Ortgies Pistol: Of Bananafish and Dead Nazis

With a name that is hard on the tongue and a brief production span of just nine years, the Ortgies pistols were kind of like any of a number of fads that swept across America in the 1920s: they caused a big splash when they hit the scene but then faded into obscurity just as quickly. Indeed, if you were around in the Roaring Twenties or the Great Depression and wanted a small, concealable, semi-auto pistol that was reliable and priced right, odds are you at least looked at an Ortgies. 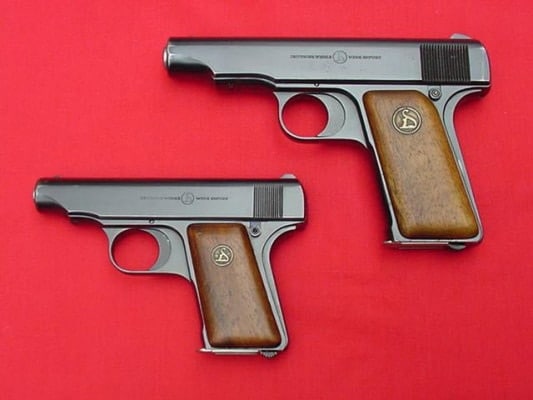 A German gunsmith and inventor by the name of Henrich Ortgies (pronounced Ort-geese) filed no less than 11 patents both in Germany and in other countries from 1916-22 for a
number of specific design features on small caliber pistols. These patents combined to detail a blowback action gun to be built without any screws, using either pins or spring-loaded catches for all closing devices.

The Ortgies series pistols presented a sleek, modern design in line with the aesthetics of the era. 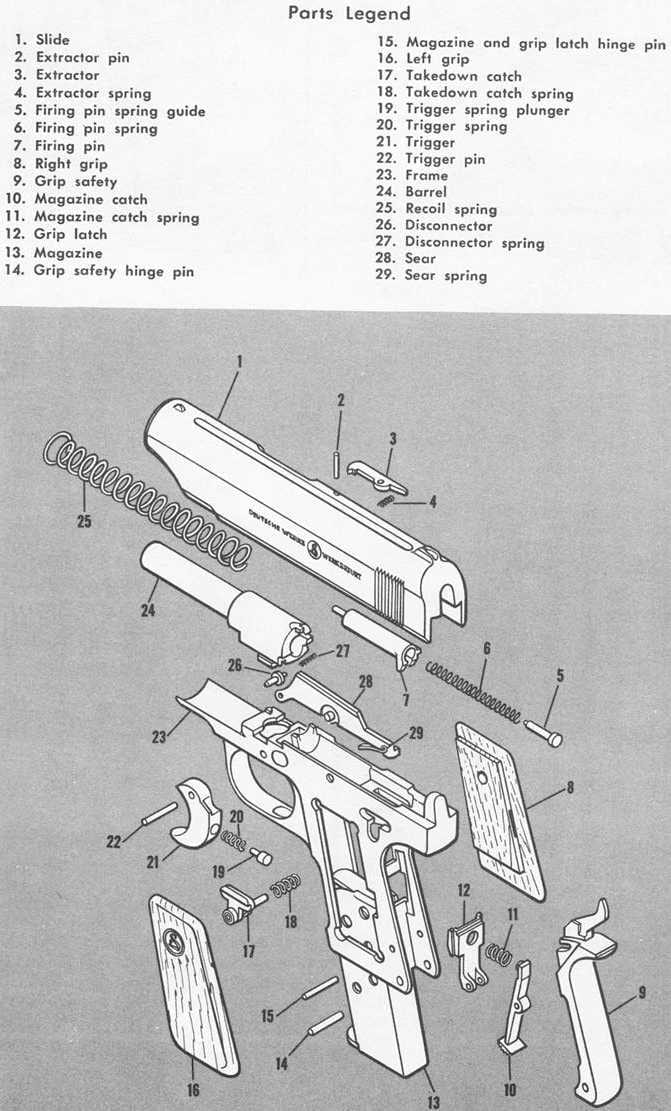 With only 29 moving parts (the Glocks of today, legends of simplicity, have claimed to have 33), each of these was carefully machined making for an objectively beautiful overall fit on these small pistols. Sights were kept small and the frame remarkably streamlined, both of which made concealed carry not only possible, but very likely.

The Ortgies pistol resembled the 1910 Browning but was slightly heavier and longer. Striker-fired and with a rear grip safety (that has to be manually reset after firing) the pistol was 6.41-inches long with a 3.25-inch barrel. It weighed 21-ounces and it was chambered in 8 shot 7.65mm and 7-shot 9mm Kurz varieties (the barrels could be swapped out but used the same frame). A smaller Vest Pocket pistol, chambered in 6.35mm had a 2.75-inch barrel, was 5.27 inches overall, and weighed 14-ounces. 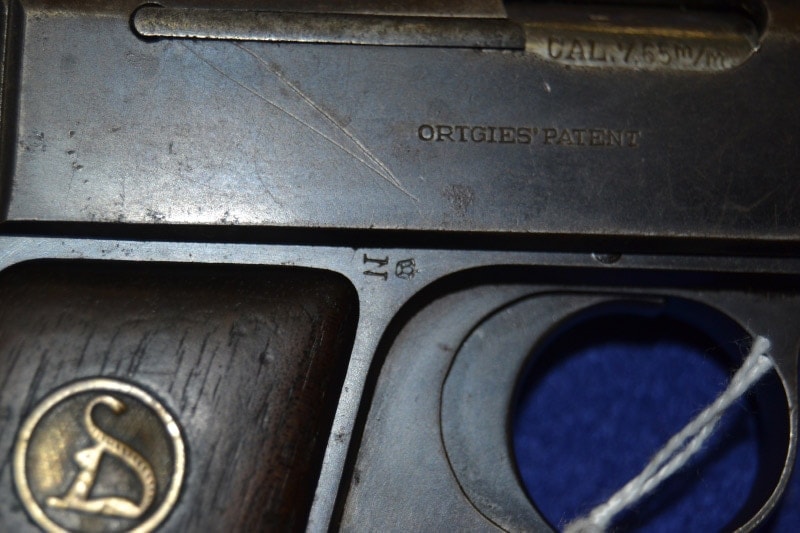 Ortgies set up a factory for his innovative little pistols in Erfurt, creatively named Ortgies & Co (and marked as such) in 1919. Henrich apparently knew the value of his product and when a large arms consortium offered to buy his company’s trade names, inventory, components, and tooling, he took it and retired.

In 1921, the company had transferred operations to Deutsche Werken AG. It was under this company that most were produced. Deutsche Werke guns are plainly marked and will bear the designation “Ortgies’ patent” and have a very art-deco looking couchant cat design on both the grips and the slide.

By 1924, some 435,000 of these handy little pistols had come off the assembly lines in 6.35mm, 7.65mm Browning, and 9x18mm Kurz. These calibers, known as .25ACP, .32ACP, and 380 in North America, sold like hotcakes to US importers for as little as 65-cents (due to the low value of the German deutschmark at the time) who in turn marketed them for $6-$8 from Boston to Chicago to San Francisco throughout the prohibition and depression era. 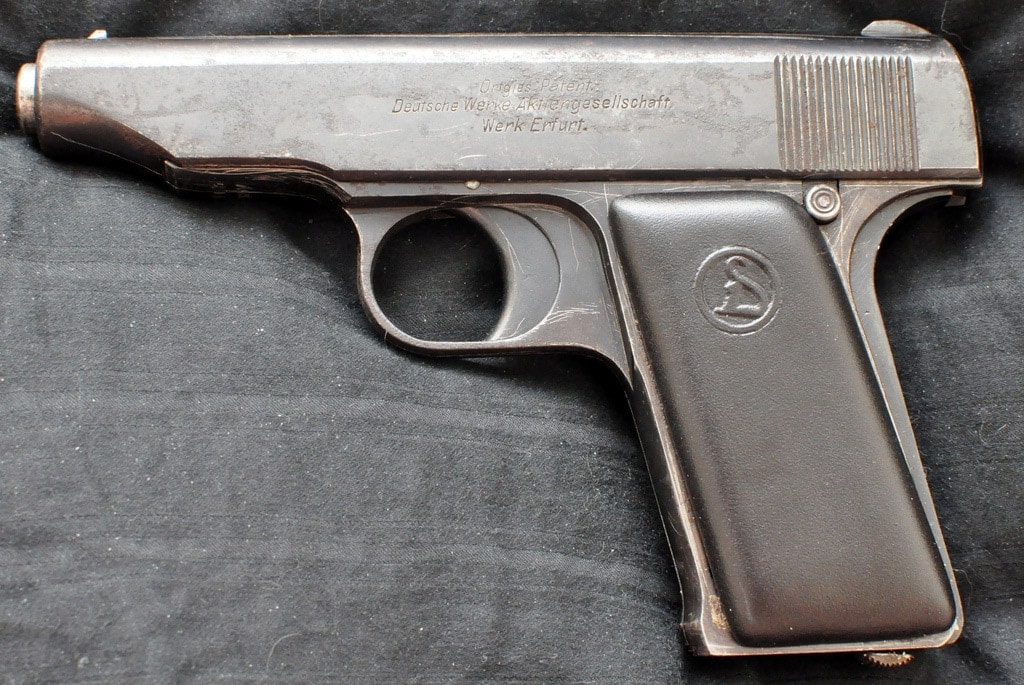 Fundamentally, the Ortgies was the Springfield XD of the 1920-1940s eras. Both were
relatively innovative designs produced in recently war-torn Europe in popular calibers and exported to the United States at affordable prices. They sold well and found their way into the hands of many average Americans. John Dillinger carried and used at least one. Another
Ortgies appears famously in JD Salinger’s first successful short story “A Perfect Day for Bananafish.” Salinger, incidentally, was no stranger to guns, having served in the 4th ID in WWII landing at Utah Beach on D-Day and fighting in the Battle of the Bulge as well as the Huertgen Forest campaign.

Some gun show experts incorrectly attribute the “N” proof mark with a crown often found as denoting a sale to Norway, or possibly a super rare contract to Russian Tsar Nicholas that was never filled due to the start of the First World War. Both tales are untrue, as the mark simply denotes a nitro-proof of the steel. Some Ortgies were made for a contract to the Czech Army in the 1920s and, after the absorbsion of that country by Hitler in 1938-39 were repurposed to German armories. These will have a Czech lion proof on the slide. A number of guns were also sold in Germany itself, mainly for Weimar-era police and border guard use. Others were sold to the Finnish and Dutch Armies and continued to be used as late as the 1960s. 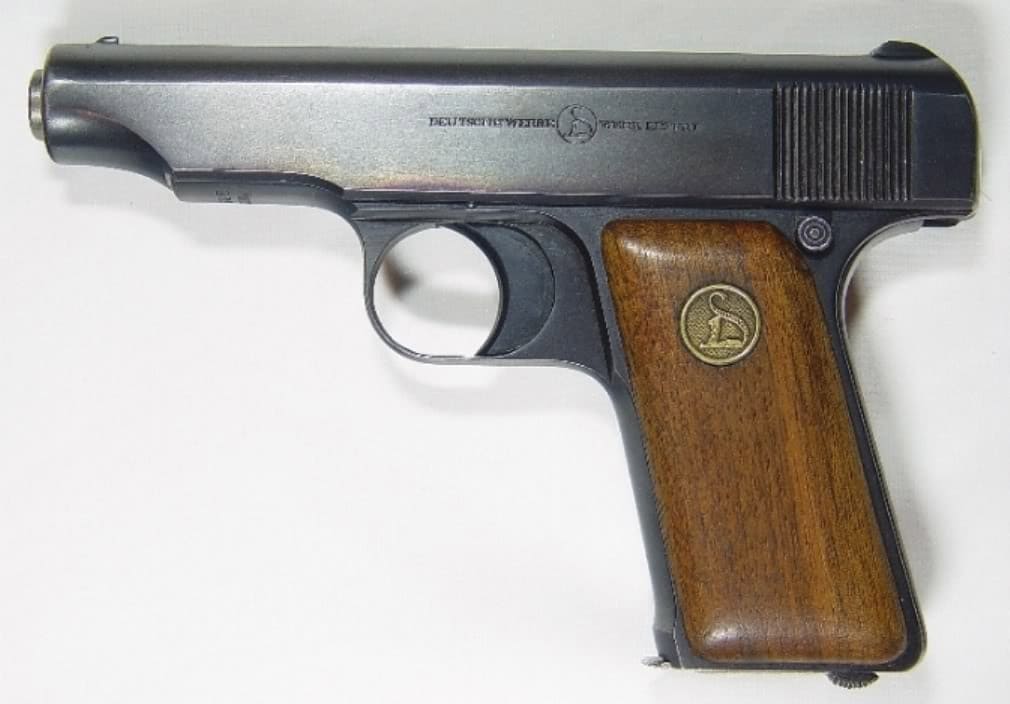 These guns are highly collectable, quality little pistols that are still in many cases suitable for the range and can work in a pinch for home defense. Shooting grade import models can often be found for $150-200. Don’t dry fire these old girls, as they will quickly break a firing pin. If found with broken firing pins or worn springs, the good news is that Wolff makes replacements for about $15. They are reliable, well-made guns, and while .25, .32ACP, and 380ACP aren’t very cheap to shoot or very hard-hitting for defense when compared to more modern cartridges, both are in ready production and can be found in every town on a gun store shelf somewhere. 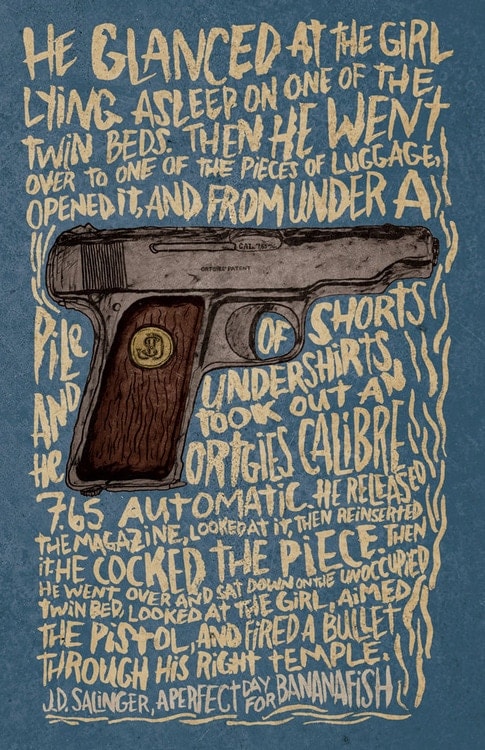 In a world where WWII-era German made pistols often break a four-digit-figure, very nice early Ortgies still run less than $400. Never officially bought for the German Army in either war, they were nevertheless often used by German officers and auxiliaries which means that bag loads were brought back from over the water by returning US GIs. However many more were imported to the states under peacetime conditions so be wary of models without Capture Papers, especially if they are marked “Germany” as most guns with this mark were made for export only and doubtfully would have been picked up “from the body of a dead Nazi colonel by my granddaddy.”

An optional ‘double-safety’ design with a second active safety mechanism in the form of a button-safety was sold in small numbers. The button-safety model, if encountered, can often go for a premium price as can those that are legitimate GI bring backs.

Overall these guns are interesting little pocket pistols that are priced right for the collector, or lover of Bananafish.