A Look at the Obscure Daewoo DP-51 K5

Some of the readers out there are familiar with the Korean company Daewoo, which has made everything from televisions to cars to computer monitors to guns (most notably the USAS-12, or what would become the AA12 automatic shotgun).

The main reason I’m familiar with Daewoo is I worked at an auto parts store for a couple of years and every once in a while we’d get someone in looking for Daewoo parts, but the thing is Daewoo stopped exporting and making parts for their cars, so we had to turn customers away. I mean, there was nothing we could do for them. I personally wouldn’t have recommended a Daewoo automobile in the first place, but that’s just me. But what about their handguns? Today we’ll discuss the Daewoo DP-51 K5. 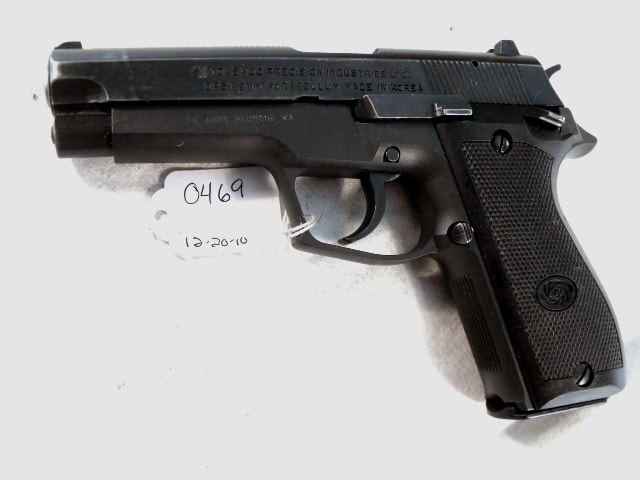 The Daewoo DP-51 K5 looks like a cross between a CZ-75, a widely copied pistol, and a Beretta 92, but supposedly a Smith & Wesson pistol was the true inspiration behind it. (Photo credit: Gun Auction)

The Daewoo DP-51 K5 9mm was originally developed in 1984 for the Korean military. In 1989 they began mass-producing it for the public and exporting the firearm to the United States, where they showed up in droves.

So, “What’s the problem?” you might ask. Well, it’s no longer available in the U.S. and parts will are difficult to come by. Just like those folks with Daewoo automobiles, it’s all fun and games until something goes wrong. Then it might be recycling time because it’s extremely difficult to find replacement parts (For a more detailed history, click here). 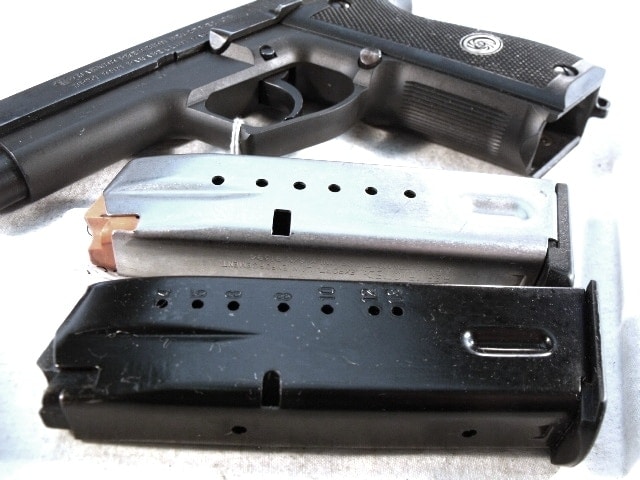 The size of the DP-51 K5 is similar to any CZ 9mm or the FS Beretta. In fact, it looks a whole lot like both of those guns, in my opinion. Designers of the Daewoo K5 allegedly borrowed its design from a Smith & Wesson gun, though, which explains the magazine situation I’ll go into later.

Lots of folks say the gun looks a little bulky but feels good in the hand, as is the case with many semi-automatics on the market today. And the K5 is pretty standard fare in that regard.

In most aspects, the K5 is a pretty typical 9mm, such as the three-dot sight setup and black plastic grips. But there are a couple features that sets it apart from the crowd. One of the features is pretty good and the other, well, I’ll let you decide. Sometimes, being different doesn’t always mean being better.

The Daewoo DP-51 9mm consists of an aluminum alloy frame to keep things light. While that will inherently cause a bit more felt recoil, it makes the gun much easier to carry and a carry weapon is what it was designed to be. The slide is a blued steel, run of the mill type unit with serrations in the rear only.

But I have to stop for a second. I have to warn you, it’s about to get a little weird.

The K5 features Daewoo’s exclusive “Fast Action” trigger system, which operates way out of the norm for most any firearm. I’m assuming that Daewoo saw it as an innovative selling point, but, honestly, it would keep me from purchasing the pistol. 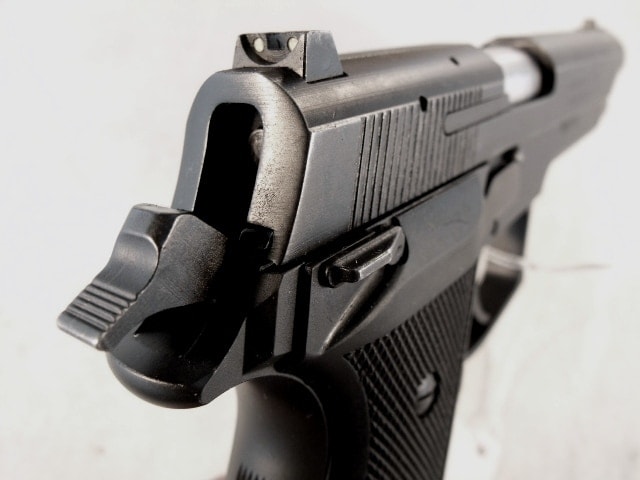 Aside from the “Fast Action” controls, the Daewoo DP-51 K5 works like any other pistol. (Photo credit: Gun Auction)

Here’s how it works: The operator racks the slide and chambers a round. Naturally, the hammer is brought back in the process and the pistol is ready to fire. At this point, the operator has the option of simply pushing the hammer back in, so the gun won’t fire.

Well, that’s not so weird, right? But, in order to get it back into shooting mode, the trigger has to be pulled, which actuates the hammer again.

Now, I don’t know about you, but to me this seems iffy at best. So, the 9mm is in my holster, chambered, with the hammer down. In a self-defense situation, I have to draw the weapon and pull the trigger, whether I’m actually going to end up firing it or not. That isn’t exactly a vote of confidence.

The gun does have a classic ambidextrous safety, as well, but I’m not sure why one would use it if the hammer is at rest. The whole system is strange to me, but it has quite a few fans, apparently.

The gun can also be used in double-action mode, which seems far safer to me. Understandably, the trigger pull will be a bit heavier when you shoot it, but at least you don’t have to pull the trigger in order to get the pistol ready to shoot. I can’t get over that, myself. 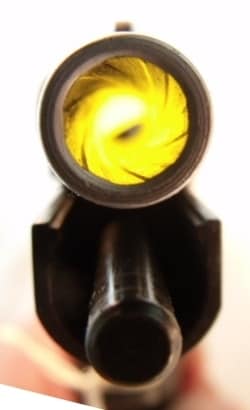 There are a couple YouTube videos of people shooting their Daewoo K5s, and all of the users I find are very happy with the gun’s accuracy. At least one owner claimed that it had more kick than a .45, and the aforementioned aluminum frame is likely the culprit, there.

As far as accuracy is concerned, there have been mixed reviews. I’m not sure I’ve ever heard anyone having accuracy issues with a 9mm because they are inherently accurate rounds. But there have been rumors that Daewoo produces poorly rifled barrels for the gun.

These guns are a little hard to find, but they are out there. Should you come across one, expect it to be in the $350 to $400 range. While that may seem affordable, keep in mind that parts are few and far between here in the states. If it shoots forever, that’s great, but if it ever fails options are very limited.

The Daewoo DP-51 9mm seems like a very good, legitimate firearm, surprisingly except for the odd hammer/trigger system and parts availability. Otherwise, I can’t find many complaints about the thing. The owners seem very happy with them and the overall opinion is good.

I’d personally save up a few hundred more and get a CZ75 or a Beretta 92 or another decent name brand 9mm. For a range-only gun, I suppose a Daewoo would work. If I needed to defend my life with it, though, I’d be a little nervous.

This topic was tipped to us by a Guns.com fan. If there’s something you’d like us to look into let us know.