On Tuesday, at a suburban mall in Portland, Oregon, a lone gunman opened fire on holiday shoppers, killing two and wounding one – a 15-year-old girl – before turning the gun on himself.

The shooter entered the crowded Clackamas Town Center in Happy Valley wearing what appeared to be a hockey mask and toting a semiautomatic rifle.

As he began to shoot at the throngs of shoppers, witnesses heard the man saying, “I am the shooter.”

Within minutes, terrified mall-goers were dialing 911, reporting the melee to police.  The first call was received at 3:29 p.m. and the first officer was on the scene within minutes.  By 3:51 p.m. the incident was over.

“It really was a killing of total strangers, to my knowledge at this point and time. He was really trying to kill as many people as possible,” Clackamas County Sheriff Craig Roberts told ABC’s “Good Morning America.

“People at the mall were heroic in helping get shoppers out of the building, including emergency room nurses who rendered aid,” Roberts said.

As Roberts noted, many of the mall employees were helping customers find exists and flee the scene.  Those who felt it was too dangerous to make a break for it locked down their stores and hid, as per their training.

All things considered, Chief Roberts said, “This could have been much, much worse.”

“I figure if he’s shooting a gun, he’s gonna run out of bullets,” DeCosta told the Chicago Tribune, “and I’m gonna take him.”

However when he got there, the shooter had already taken his own life.

“I saw a gentleman face down, obviously shot in the head,” said DeCosta.  “A lot of blood,” he continued. “You could tell there was nothing you could do for him.”

DeCosta also noticed a woman on the floor who had been shot in the chest.

As for the wounded 15-year-old girl, Kristina Shevchenko, she is in serious condition a hospital spokesperson told the press today.

More insight into her health was provided by Shevchenko’s brother, Yevgeniy.

In Facebook posting on Tuesday night he wrote, “As of now she is stable and sleeping. the bullet went through bruising her lung, it missed any vital organs and it missed her ribs. she will need 2 more operations. we appreciate any and all support including your prayers! thank you.”

“The family is doing OK,” he later told the press, declining further comment.

Police said they will release the names of the other victims and of the shooter at press conference later today.

Obviously, at this point, there are many more questions than answers, so, stay tuned for updates.

The shooter has been identified as 22-year-old Jacob ‘Jake’ Tyler Roberts.  The firearm he used in the shooting was a semiautomatic AR-15 that was stolen from someone he knew, authorities said today at an afternoon press conference.

As of right now, it’s unclear as to whether the gunman struggled with mental health issues.  Though, a quick glance at his Facebook page suggests someone who was a bit off: 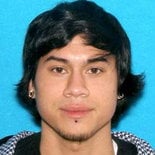 “Hey what’s up guys my names Jake and I’m an alcoholic… Lol just kidding,” Roberts wrote for his introduction. “If you were to ask someone that knows me they would probably say that I am a pretty funny person that takes sarcasm to the max.”

“I’m the conductor of my choo choo train,” he continued. “I may be young but I have lived one crazy life so far.”

The two victims slain in the shooting have also been identified, Cindy Ann Yuille, 54, of Portland, and Steven Mathew Forsyth, 45, of West Linn.

Our sincere thoughts and prayers to the victims and their families.