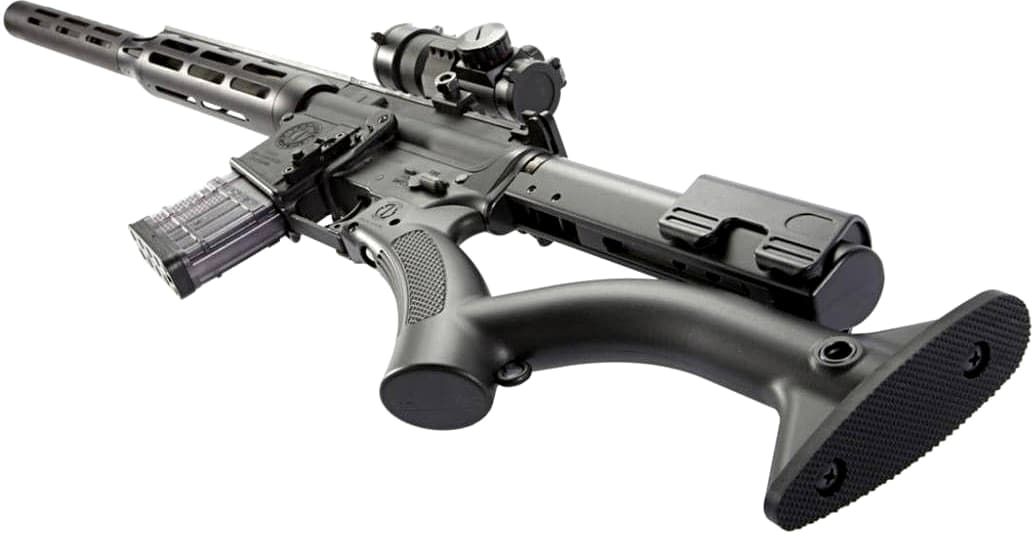 Thordsen Customs, a not entirely-new name in the AR-15 world, is an accessory manufacturer that specializes in parts that comply with California’s byzantine firearms law. Recently they’ve announced a new “featureless” buttstock, one of the best we’ve seen.

Featureless buttstocks are traditional shoulder stocks, that is to say, lacking a pistol grip. In California, rifles with pistol grips must have fixed magazines. This stock allows AR owners to continue to use detachable magazines with their rifles while providing the shooter with a natural grip and solid cheek weld.

Thordsen’s stock, the FRS-15, has a lot going for it. It uses a two-piece design, one that makes up the body of the stock and a separate piece that shrouds the buffer tube to make a comb. It’s made from cast ABS, and it measures in at 10-5/8-inches long, that is to say A2 length. It accepts Tapco buttpads to increase the overall length of pull beyond the standard 13.5 inches. While Tapco has a mixed reputation, they’re inexpensive and even they don’t screw up buttpads. The FRS-15 weighs just 10.2 ounces, which is quite a bit lighter than an A2 stock, which weighs 14 ounces.

The FRS-15 has three sling points, two quick-detach points at the end of the stock, one on either side, and loop point at the rear of the grip for single-point slings. The grip is aggressively checkered and serrated on the frontstrap.

Right now Thordsen is taking pre-orders for their featureless stocks by email, and they’re not cheap but they’re not crazy-expensive either at $190. This gets you the stock, the buffer sleeve, and as a thank-you, a cheek riser as soon as they become available. When they go into full production, the cheek riser will be sold separately. Thordsen will also donate $10 for every pre-order to the Calguns Foundation, the civil rights group dedicated to making stocks like the FRS-15, as neat as it is, unnecessary.

Thordsen is calling this the “Featureless Revolution”. Frankly, we’re impressed. This looks like a very instinctive, intuitive stock that obviates the otherwise compulsory bullet button. It’s got a nice set of features and doesn’t command a large price premium for what is a niche product.

Plus it’s a clever workaround to an insulting law. If you’re in need of a good featureless stock, and don’t mind waiting for a few weeks, or want to contribute to a cool little project, you might want to consider pre-ordering a Thordsen Custom FRS-15. 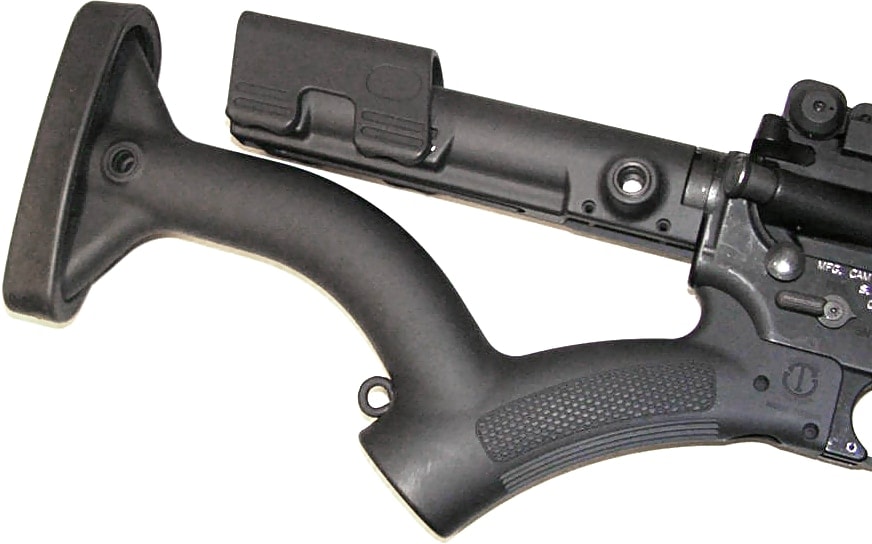