Own a Piece of History: A 3rd Model Colt Dragoon went up for auction

Heritage Auctions had a very unique revolver up for auction: A 3rd Model Colt Dragoon.  That alone makes for a highly collectable gun, but add in some additional Civil War provenance and it gets even cooler.

Sam Colt introduced the Dragoon Model revolver in 1848, an improvement on the Colt Walker from the year before.  From 1848 to 1860 there were about 18,500 of the Dragoons made with three major variants.  This is not the time to get into the different models but the one in the auction is one of the later 3rd models.

The Dragoon is a big pistol.  Though not as powerful as the earlier Walker, it was a beast in its day. It fired a 141 grain .451 diameter ball up to about 1,100 feet per second when backed with the full load of 50 grains of black powder. The Dragoons weigh in a little over 4 pounds and sport a 7.5 inch barrel.

The example in the auction is in pretty good condition and even though it does show some wear and little of the original finish is still visible. In addition all of the numbers, except for the one on the barrel wedge, match and the engraving on the cylinder is well worn with only about 10 percent still showing.  The grips are in very nice shape.   Also included in the auction are some original pictures of Thomas J. Jackson, the owner of the Dragoon. 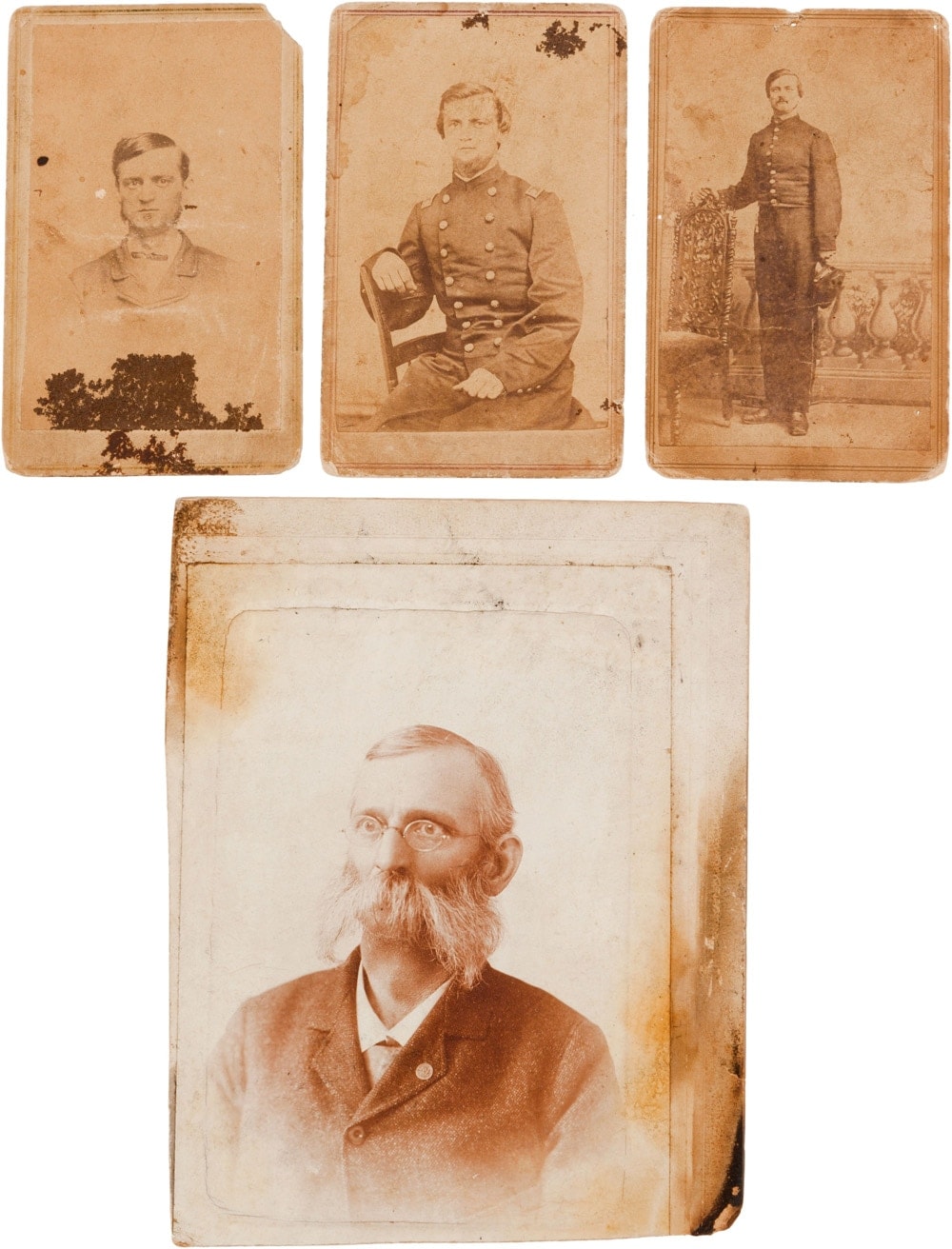 The photos show Thomas Jackson at various ages of his life. He served with the  42nd Indiana and 11th U.S. Colored Infantry during the Civil War. (Photo credit: Heritage Auctions)

According to the auction listing, the Dragoon was carried during the American Civil War by Lt. Col. Thomas J. Jackson who “joined the 7th Regiment Heavy Artillery Feb 22 1864 and participated in the Battle of Fort Pillow also known as the “Fort Pillow Massacre””.

The Fort Pillow Massacre is a tragic event in an even more tragic war. As the story goes, when the bloody battle ended Confederate troops under the command of Major Gen. Nathan Bedford Forrest, who would later become the first Grand Wizard of the Ku Klux Klan, massacred the surrendered Federal black troops. And many historians agree that the killings were done in cold blood.

One thing that the auction does not say is if Lt. Col. Jackson carried the Dragoon at Fort Pillow.  Included with the pistol is a signed affidavit from a decedent saying the revolver was owned by Jackson.

If there was any way to prove that Jackson carried this Dragoon at Fort Pillow it would cause the final price to rise substantially, but there is probably not a way that could be done.  It is still a nice pistol of an old Colt revolver that was owned, at some point, by a Union Officer that was at a famous battle of the American Civil War.  When the auction ended Dec. 8 it sold for $13,145.