Leupold has given the US Army 351 Mark 6 1-6x20mm riflescopes to play with, specifically for the Soldier Enhancement Program to evaluate for duty. From the press release:

“We appreciate having the opportunity for servicemen and women to evaluate our tactical optics firsthand,” said Chris Estadt, director of military business development for Leupold & Stevens, Inc. ” No one knows better the needs of our armed forces in the field than those who have been there and done that. The feedback the Army receives from these evaluations is critical in equipping our armed forces with the best possible equipment in a shortest possible time. Mark 6 units are already in service overseas with various U.S. military units.

Honestly, the Army could do a lot worse, as the Mark 6 1-6x20mm scope is a top-shelf optic, perfect for the designated marksman and even regular soldier. As the Army continues to extend the range of our troops, with enhanced ammo such as the new M855A1 EPR and the return of M14s to service, soldiers could really benefit from having a 6x optic that is also capable of zero magnification for close quarters and door-to-door fighting. 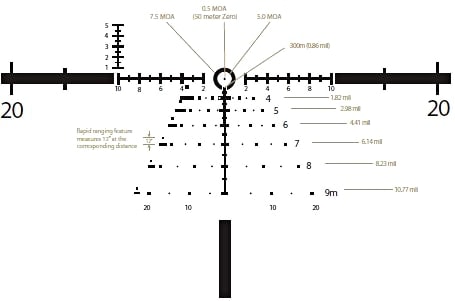 Leupold makes these scopes with both 5.56 and 7.62 NATO reticles, so they will be just as useful on an M4 as they would be on mid-range rifles like the SASS and potential CSASS.

The Mark 6 has already gotten a foothold in competition shooting, as it’s a perfect 3-gun or multigun scope to run with. It’s not terribly heavy, at 17 ounces, and it’s still fairly compact, measuring in at just over ten inches long. We’re not surprised at all to hear that it is already in service with “various” military units; it just doesn’t make many compromises.

Being compact as it is, it’s a rugged optic built around a 34mm tube. It has a 20mm objective and provides a true 1x magnification at it’s lowest power for both-eyes-open shooting. The windage and elevation turrets lock to prevent unintentional adjustments. 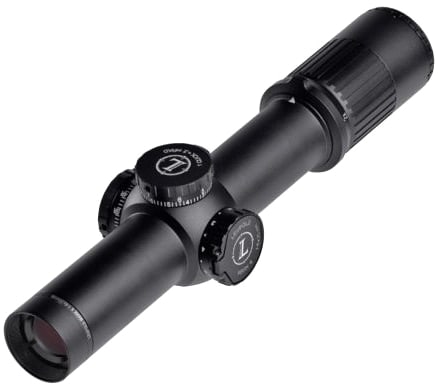 It not hard to like this scope, especially if Uncle Sam is picking up the tab. That’s about the only fly in the ointment; the Mark 6, on the commercial market, runs about $2,000 per. While we’re certain Leupold will cut the Army a break on an order—they did just hand over 351 for the Army to put through the wringer, and it’s not likely that they’ll finish in “like new” condition—there is a limit to how low Leupold can sell them for. Still, we hope all the troops that could benefit the most from these get them, not just the “various” troops.

Established in 1989, the SEP works with companies to evaluate commercial products for service with the Army. The SEP works closely with the Marine Enhancement Program, meaning that this scope might see service with more than one branch of the military.

Leupold has a long history of equipping the military, and we’ll be surprised if they don’t meet whatever  challenges the Army has in store for this scope.