Shooters have been trying to make sense of holding a flashlight and a gun at the same time for a long time but it wasn’t that long ago that I came across a simple technique that can allow defense shooters to have a bit of everything when it comes to juggling the two.

The most important elements missing with most handheld flashlight techniques when it comes to room clearing in the dark or low light conditions is positive, two-handed weapon control and the ability to manipulate the weapon in the event of a malfunction or reload.

Of all the low light shooting techniques I’ve studied, from Harries, Chapman, FBI straight arm and neck technique, or to the Ayoob technique and more, I feel none but the Graham Method allows for such a secure two handed grip. 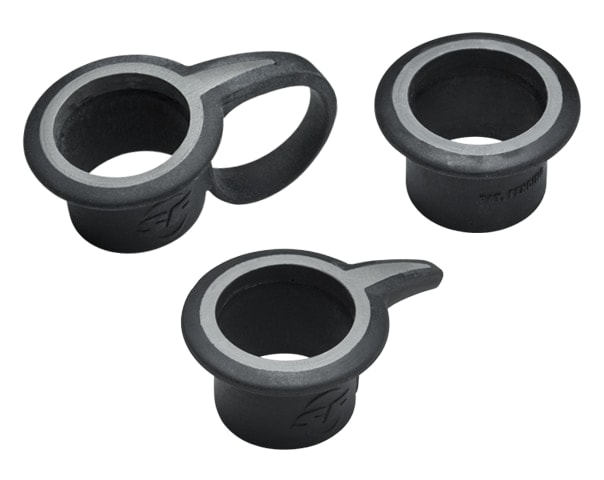 Matthew Graham of Graham Combat is the inventor of the Graham Method. While working as an undercover Federal Air Marshal, he approached SureFire with his idea to have a rubber Combat Ring mounted on the rear portion of the flashlight.

This rubber loop allows the shooter to have a two-handed grip with increased support and handgrip pressure and work the light by threading the flashlight between their fingers and pulling back towards their body with the ring against their knuckles to activate the light.

This is a nice feature; you may not want your light illuminating your position, telegraphing your movement or silhouetting yourself as a literal target of opportunity, at any point while clearing a room so the ability to manipulate a pressure activated tailcap switch is appreciated.

With the right practice slide manipulation, immediate and remedial malfunction and reloading can be made easy—all while holding a handheld flashlight and keeping two hands on target.

The Combat Ring will fit on any 1-inch light, and it’s excellent to have on the light near your bedside incase of emergency.  For those who want a weapon-mounted flashlight, it comes highly recommended to be sure; but remember, a handheld flashlight is also needed. You wouldn’t want to be pointing a loaded weapon at some noise down the hallway just to illuminate your kid!

I also recently noticed that Streamlight’s Nightfighter(r) X comes with a ring as well, no doubt, borrowing from this effective and efficient, nonslip and very tactical low light shooting technique. Lastly, the Graham Method is mainly used with the handgun, but it can also be used well on the vertical portion of an AR platform, e.g. the mag well or a vertical forend grip.