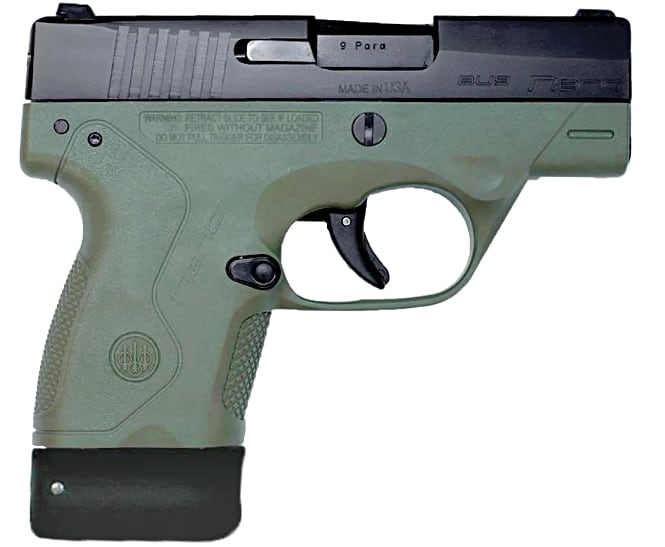 Beretta has just announced the availability of 8-round magazines for their 9mm Nano. This has been a long time in the waiting and should be welcome news for all Nano owners.

They’re also working an a +2 kit for existing magazines, but it’s not in stock yet, only the complete mags. The standard Nano magazine holds six cartridges.

The Nano is a new gun, but it’s already got quite the following. A single-stack “micro-compact” intended for concealed carry, the Nano is a striker-fired pistol that fires from a locked breech. Despite it’s small size and weight, measuring in at 5.6 inches by 4.2 inches and just .9 inches wide and weighing a hair under 20 ounces with an unloaded magazine, it’s still a soft-shooting pistol that conceals as well as it shoots.

Beretta nailed the launch, too, and the Nano is developing a good reputation for reliability, and earning our thumbs up as well.

It even passed the got run over and still shoots tests.

They’ve kept their promises for this gun so far. Although the gun comes with 3-dot low profile sights, Beretta said at launch that they were going to see that night sights would soon become available, which they are, and they’re also user-installable—no gunsmith necessary. 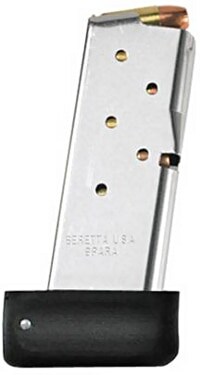 Crimson Trace and LaserMax laser sights are also available for the Nano, if you’re not into the whole tritium thing.

Shortly after they launched the standard 9mm, they added both olive drab and flat dark earth models to their lineup. One thing we’re still waiting to see is if Beretta is going to do something interesting with the frame. The Nano has a serialized and interchangeable subframe. In theory, it will be possible to use this frame with other grip sizes and other slides. The frame was designed to handle .40 S&W, and we wonder if Beretta’s still got a few things in store for Nano owners.

So whether you want a longer grip for your Nano or like having an extra-capacity magazine as part of your everyday carry setup, be sure to pick up a couple of 8-round magazines.

It’s been about a year since Beretta launched the Nano and it’s really matured. If you were looking for an extra-small 9mm for concealed carry, you ought to have the Nano on your short list.