What does a pro-gun bumper sticker say about you?

The Chinese have fortune cookies. The Japanese, Haiku. But for brevity and market penetration of memes, you just can’t beat a bumper sticker. Driving around town, loudly proclaiming your likes, dislikes and affiliations is an American Tradition. But just what does it say to others when you drive around with a pro-gun bumper sticker?

Stickers say a lot about people. When you see a Grateful Dead sticker, I’m betting you’ve already gotten a mental picture of the driver before you even pull alongside. The same would be true for any sticker, really. I ♥ GOLF: White guy, probably a middle-aged executive type. I ♥ DOGS: Sensitive, probably a middle-aged woman. I ♥ JUSTIN: You’re looking at a teeny-bopper with a bad case of Bieber Fever. So if bumper stickers will give viewers an insight into your personality, what kinds of insights would different stickers provide? Let’s do a little bumper sticker Rorschach test of our own, just for grins, and let’s see what you might think when seeing a number of popular stickers:

This one’s probably the grandaddy of all pro-gun bumper stickers. Simple. To the point.

Have you seen this one? My girlfriend used to have it on her car.

The pro-gunners have come up with a parody (I think it’s pretty funny. Not sure my GF would share that sentiment).

Another general statement on gun rights that strikes at the true reason the Founders put the 2nd Amendment in the Bill of Rights. Perfect for the Tea Partier in your life.

Funny, ironic, and true. The person driving this car has both a concealed permit and a sense of humor.

Another funny one, this is perfect for your pizza delivery guy’s car.

Not sure John Lennon would approve, but rumor has it he had become quite the conservative not too long before his untimely death at the hands of a disturbed assassin. Then again, I’d bet you wouldn’t want to argue the point with the driver. 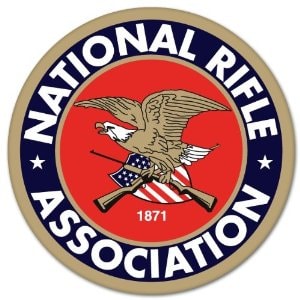 Then, of course, there’s the quintessential sticker, for members of the oldest gun rights organization in the country. This one could be on anybody’s car, but the stereotype would be an old, fat, curmudgeonly white guy. 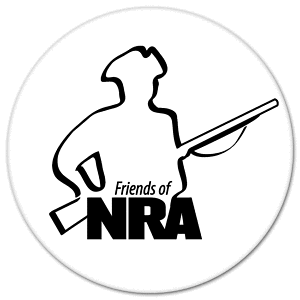 In fact, it doesn’t really matter which one of these pro-gun stickers you choose for your vehicle. Just having any of them on there will advertise the fact that you are at the very least pro-gun, and number two, probably armed. But is that a good thing?

Probably not, at least from where I sit. Not too long ago in my home town, a guy in a truck sporting both an NRA sticker and one that exclaimed about “gun control is where I hit where I aim” was pulled over, late at night, by the Shreveport Police Department. Turns out he attracted the cop’s attention by failing to use his turn signal, one of the ‘tells’ they look for with drunk drivers. The first words out of the officer’s mouth were not “license and registration” or “have you been drinking” but “do you have a gun in your car.”

As it turned out, he did, and also had a permit. The officer relieved him of the weapon, checked him out and sent him on his way. But I found it interesting that the stickers put the policeman on alert that he was dealing with someone who was likely armed.

Now take that to it’s logical extreme – do you really want to eliminate the element of surprise for someone who might, say, want to do you harm? Maybe yes. Maybe no. You could imagine it both ways – scare a perp off, or tip them off. Which would it be? No way to know in advance.

The other thing, though, is if you are going to sport a sticker, you might want to invest in a really good car alarm. I don’t have any statistics, but I suspect that cars with pro-gun stickers might make for a more attractive target for thieves looking for a quick way to get a gun that would be traced back to…you.

For now, you’re free to put whatever you like on your car, consequences be damned. But just realize that your freedom of expression may have some unintended consequences – both pro and con.