A time for grieving by Emily Miller 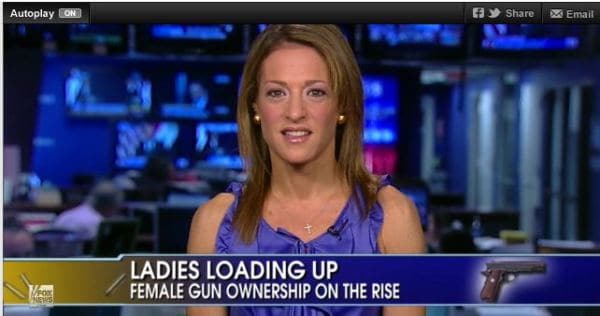 [Sen. Dianne] Feinstein’s bill would reinstate the statute she helped draft and was the law of the land from 1994-2004. This prohibition on firearms with cosmetic features that mimic the appearance of military weapons failed to produce any reduction in crime. When the law came up for renewal, the Federal Bureau of Investigation and law enforcement told Congress they didn’t need it.

In the eight years that have passed since the ban’s expiration, gun sales have gone up while crime has gone down—contrary to the dire predictions of gun control proponents. The problem has never been the ready availability of the particular tools used by killers. Mass murders of equal or greater horror scarred civilization long before gunpowder’s invention.

It can only be a darkness in a man’s soul that drives him to take the lives of the innocent in a school, in a movie theater or on a campus. The Russian novelist Dostoyevsky explored this dark side of human nature in his “Brothers Karamazov,” where the character Dmitri opined on why an individual might commit an unthinkable act, saying, “without God and immortal life? All things are lawful then, they can do what they like.” Similar thoughts presumably pass through the minds of history’s most evil men, to the extent they were capable of rational thought.

That’s why law can never be the remedy for evil, and solutions won’t be found in politics or policy. Instead, this is a time to offer comfort to the families that have been devastated with loss. It is a time for prayer.