Brownells sells 3.5 years' worth of magazines in 72 hours

In the face of possible legislation to restrict and possibly ban firearms and magazines over a certain capacity, waves of panic buyers have stripped shelves to the paint, at both retail and online gun stores.

A combination of demand and gouging has caused prices for rifle magazines and rifles, parts and accessories to more than double, with some vendors selling goods at five times what the average rate was just a few weeks ago.

Many online companies are selling magazines faster than their systems can handle, accepting orders for stock they don’t have and running out of stock mid-transaction.

A Brownells spokesman had this to say. 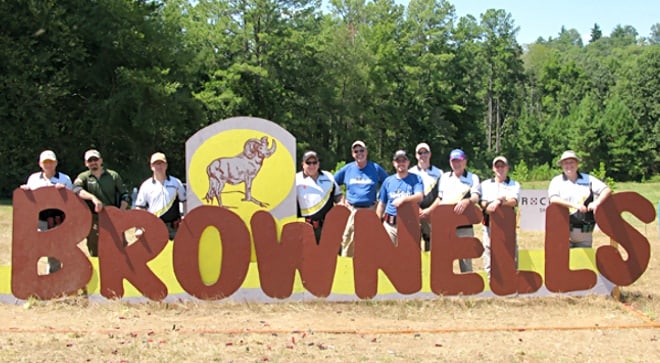 “I wanted to take a minute to shed some insight on the magazine situation if i can. First of all I wanted to offer an apology for the situation… with magazines being ‘In-Stock’ and back-ordered moments later… [The] demand for magazines actually exceeded the ability for the system to keep up with the volume that was being ordered. They way that our website works is that inventory is fed from our ERP system directly into the website in ‘real-time.’ Unfortunately, ‘real-time’ is the amount of time that it takes for the transactions to work both ways. During normal circumstances, it is nearly instant. However, we’ve been receiving orders at such a pace that these transactions have gotten slower. We absolutely apologize again, we definitely don’t want that ever to be your experience.

“To shed some more light on the magazine situation at present, it really has been unprecedented in the last 5 days. During a roughly the 72 hour period from Sunday afternoon to Monday evening we sold the ‘average demand’ equivalent of about 3.5 years worth of PMAGS, and and an even greater amount of our Brownells magazines. We’re working like crazy to get these orders to you as quickly as possible.” [Emphasis ours.]

He continued, saying that they’re working with Magpul and their own in-house magazine manufacturers to compensate for the sudden spike in sales. Magpul will be focusing on black magazines for the most part, which makes sense. They’re the most popular and they will spend less time re-tooling for other colors, focusing on production over variety. 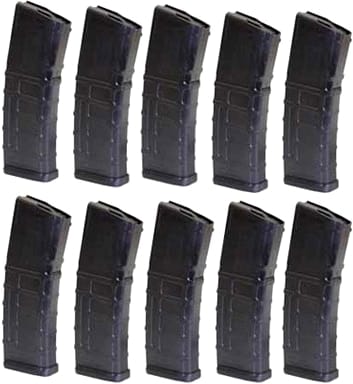 Remember when you could buy these… last week?

This is not a truly free market. The threat of regulation has dramatically upset the normal flow of production and distribution. On the surface, it would seem like a simple supply and demand problem, except that the demand is being inflated externally, overstepping the capacity of suppliers, manufacturers, distributors and vendors.

Retailers from big national chains to your friendly local gun store are heavily dependent on credit with their suppliers. While everyone is definitely making more money now, if supply gets shorted by people in the supply chain withholding and stockpiling product, everyone will suffer.

And if the credit gets shorted, the network of finance that helps get the gun you want from the factory through the distribution channels to your gun store, dealers, distributors and other parts of the supply chain will not be able to cover their expenses the same way. That is to say, if this spike causes financiers to shorten the time on returns, favoring short-term business over long-term investments, then stores may be forced to close, especially smaller shops, and shops that don’t get the first bite at the supply apple.

When this happens, some stores just aren’t going to be able to re-supply.

“And since they can’t re-stock, the prices for existing items in inventory go sky-high. The reason for the rationing isn’t necessarily that distributors are looking to hike the prices. It’s more likely they’re simply out of stock. Period.”

So yeah, they might be selling an $600 M&P15 Sport for $1,200 today, but unless they get more—anything, really, beggars can’t be choosers—things are going to get a lot rougher.

We can hope that the companies going up the supply chain ration and distribute their products fairly, but that’s a business decision that also may be in short supply, particularly in the face of vastly rising short-term profits and the looming possibility that there will be little or no long-term profits if government regulation makes their products illegal.

Correction: Brownells contacted us to correct their earlier estimate; they sold 3.5 years’ worth of magazines in a 72-hour period, not 36. Not that it’s any less mind-boggling.