Before I begin this article I want to say that as a father of a young son only a couple of years away from starting school my deepest and heartfelt condolences go out to the families of those who have lost their lives in Newtown, Connecticut. As a father I know the unending love of a small child and the wonder in their eyes at all things great and small, and cannot imagine having that taken away from me. You have my sympathy and prayers.

On December 14th in Newtown, Connecticut so many lives were cut short in an act of unspeakable evil the likes of which we have not seen in this country before.  A shooter, whose name I will never mention, whose photo I will never post in my articles, and whose motive we may never understand decided to take the lives of twenty young children and seven adults before he cowardly ended his own. Yet as dangerous and horrendous as the act was, what has been allowed to transpire with blinding speed in the immediate aftermath of this tragedy continues to frighten me and, for the life of me, I don’t understand how you can call for new gun control measures or dump a Fortune 500 company before all the facts of the case are even known.

Beneath a hailstorm of speculation just as the barest of facts were beginning to solidify about this case, there were calls to action from politicians, promising moves against guns and seizing this sensitive moment away from people who need it the most, the real victims of this shooting. New York City Mayor Michael Bloomberg was among the first who called for action stating: 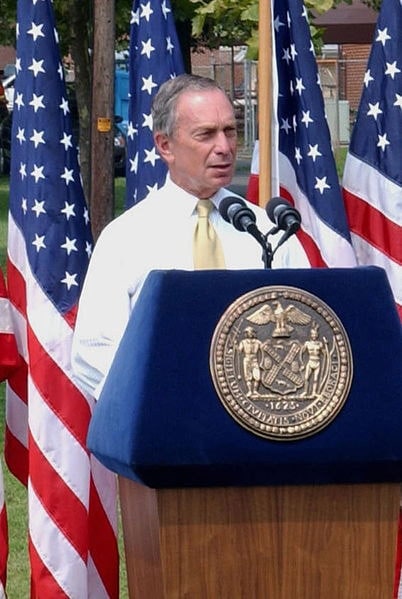 “With all the carnage from gun violence in our country, it’s still almost impossible to believe that a mass shooting in a kindergarten class could happen. It has come to that. Not even kindergarteners learning their ABCs are safe. We heard after Columbine that it was too soon to talk about gun laws. We heard it after Virginia Tech. After Tucson and Aurora and Oak Creek. And now we are hearing it again. For every day we wait, 34 more people are murdered with guns. Today, many of them were five-year olds.

President Obama rightly sent his heartfelt condolences to the families in Newtown. But the country needs him to send a bill to Congress to fix this problem. Calling for ‘meaningful action’ is not enough. We need immediate action. We have heard all the rhetoric before. What we have not seen is leadership – not from the White House and not from Congress. That must end today. This is a national tragedy and it demands a national response. My deepest sympathies are with the families of all those affected, and my determination to stop this madness is stronger than ever.”

It was the same line this summer with the shooting at the Aurora, Colorado movie theater when on July 20th during a midnight screening of the film The Dark Knight Rises another deranged shooter started a rampage that left twelve dead and dozens wounded. Despite the fact that it was later learned there were warning signs that the coward responsible for this action was planning something that were ignored, instead the immediate media focus was on the guns involved (as opposed to the facts as they played out).

Within hours of the Aurora shooting, film critic and known gun control advocate Roger Ebert stated in an article “This would be an excellent time for our political parties to join together in calling for restrictions on the sale and possession of deadly weapons. That is unlikely, because the issue has become so closely linked to paranoid fantasies about a federal takeover of personal liberties that many politicians feel they cannot afford to advocate gun control.”

On Twitter there were calls for the murder of NRA President David Keene, NRA members and even their children as well as comments made that instead of having a shooting at a school why couldn’t one be at NRA headquarters. The irony of people crying for bans on “murderous assault weapons” out of one side of their mouth while calling for the murder of innocent people out of the other is not lost on me, nor is the outrage and I wonder where the leaders are at who should be denouncing these calls for violence? They should be displaying the same civility they expect themselves. 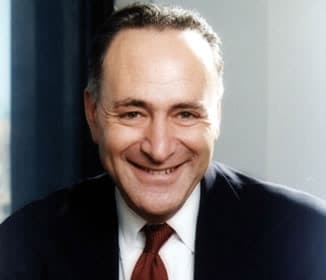 Unfortunately Mayor Bloomberg was not the only politician to grandstand about gun control. Senator Chuck Schumer, in what I would call an ominous tone, said the following when he reported he was reintroducing an assault weapons ban: “[The left]… needs to admit there is a Second Amendment right to bear arms… [but the right] needs to admit that no amendment is absolute.”

Oh really Mr. Senator? No amendment is absolute? I wonder what would happen if someone tried to put severe limitations on any other amendments like the first, the fourth or the tenth. How absolute would these pillars of the American promise be then Senator?

I think those last four words should set the tone for the entire debate that is about to come and what is at stake.

Don’t get me wrong here, I truly believe that something needs to be done in the wake of the Newtown shooting, I just don’t believe banning guns is it. I have nothing against ways to streamline or improve the background check system or strengthening laws that make gun-owners more responsible for securing their firearms because I don’t think that the mentally ill should have access to guns. These precautions however should not come at the cost of the freedoms of those who have done nothing wrong.

Problem is, I haven’t heard anybody mention either of these points. In fact, in the decades I have been covering mass shootings, we have yet to come up with any law that would in have stopped them before they could occur. A ban on assault weapons will prove useful as the previous assault weapons ban was (you know the one that was unable to stop the Columbine shooting or 26 other massacres that took place before the law lapsed in 2004), as any ban simply affects those who are willing to follow the law.

What Senator Schumer, Dianne Feinstein, Mayor Bloomberg and others should be doing instead of rehashing their old agendas that didn’t work in 1994 is coming up with serious solutions to this very real problem.

Yet, as I write this, the President has expressed his support for another assault weapon ban and gun sales have been up all across the country in anticipation that the Republican controlled house will either lose their nerve and give in to political pressure or that President Obama may use an executive order to get a ban in place.

So what can we as gun owners do in the face of such political pressure? First and foremost we must make sure the families in Connecticut have time to grieve, which means we must tell the legislators on both sides of the aisle that this is not the time for political action. Though it may not be popular, I applaud the NRA for holding silent on this issue until the facts are known, something our opponents have failed to do. While I have no doubt there is legitimate sympathy for the families, I highly suspect others are using it to further an agenda. If this is true, this is not only reprehensible, it is in fact ghoulish and we should not stand for people who would fan the flames of the political fire before the bodies of those little children had even been recovered.

Then we need to talk and when we talk it needs to be calm and united, meaning even if we do not own the guns detailed in the proposed ban, we stand with the gun owners that do.

I have never owned an AR-15 and very few guns that even take high capacity magazines, but I believe that anyone who legally can own one should be free to do so. I also believe that this ban will not stop with “assault weapons” and inevitably politicians will keep going, adding models for arbitrary reasons. We have seen this happen before in England and Australia, so if you think that your hunting rifles will be safe, you could not be more wrong and if you think handguns are not going to find their way onto this list, you could not be more naïve —it could only be a matter of time. It is for this reason that we must learn as gun owners to stand together: if you think we are not all already in this fight, you could not be more mistaken.

In the end we might never know what caused the monster in Newtown to do what he did, such evil is hard to understand and even harder to predict. In my time working in law enforcement I have met people that have murdered young children, and while not on the scale of what we saw in Connecticut, evil is still evil. Taking the rights away of some to protect themselves because of one evil act will only prevent others from defending themselves from a future evil act. If this happens, evil (who doesn’t always carry a gun) will be left unchecked while we will be left to the mercy of those who would prey upon the helpless.