Looking for a way to improve your accuracy and technique?  Want to dry fire your pistol without damaging the firing pin?  The LaserLyte Laser Training System (LTS) is a great way to  hone your skills safely and quietly without heading to the range.  This clever package allows you to practice a number of pistols skills at home.

I’m sure the science is far more complicated, but the basic functionality is easy enough to explain.  The laser is contained in a  small brass cartridge that fits in your gun.  A sensor on the back of the cartridge (protected by a firing pin-friendly rubber pad) registers a firing pin strike.  That strike activates a laser pulse that shoots close enough to point of aim to be a reliable indicator of accuracy.

That is half of the equation.  The target is a battery operated light sensor.  When the laser hits the target, it blinks.  There is a smaller circle on the target housing that acts as a switch that displays all of the shots.  Another sensor resets the big target.

The only disadvantage I see in this set up is the delayed response.  I would like for the shots to display as they hit the big target, so I can tell how I am doing in process.  But my guess is the light emitted by the shot display could interfere with the detection of subsequent shots.  So it stays dark until you shoot the display sensor. 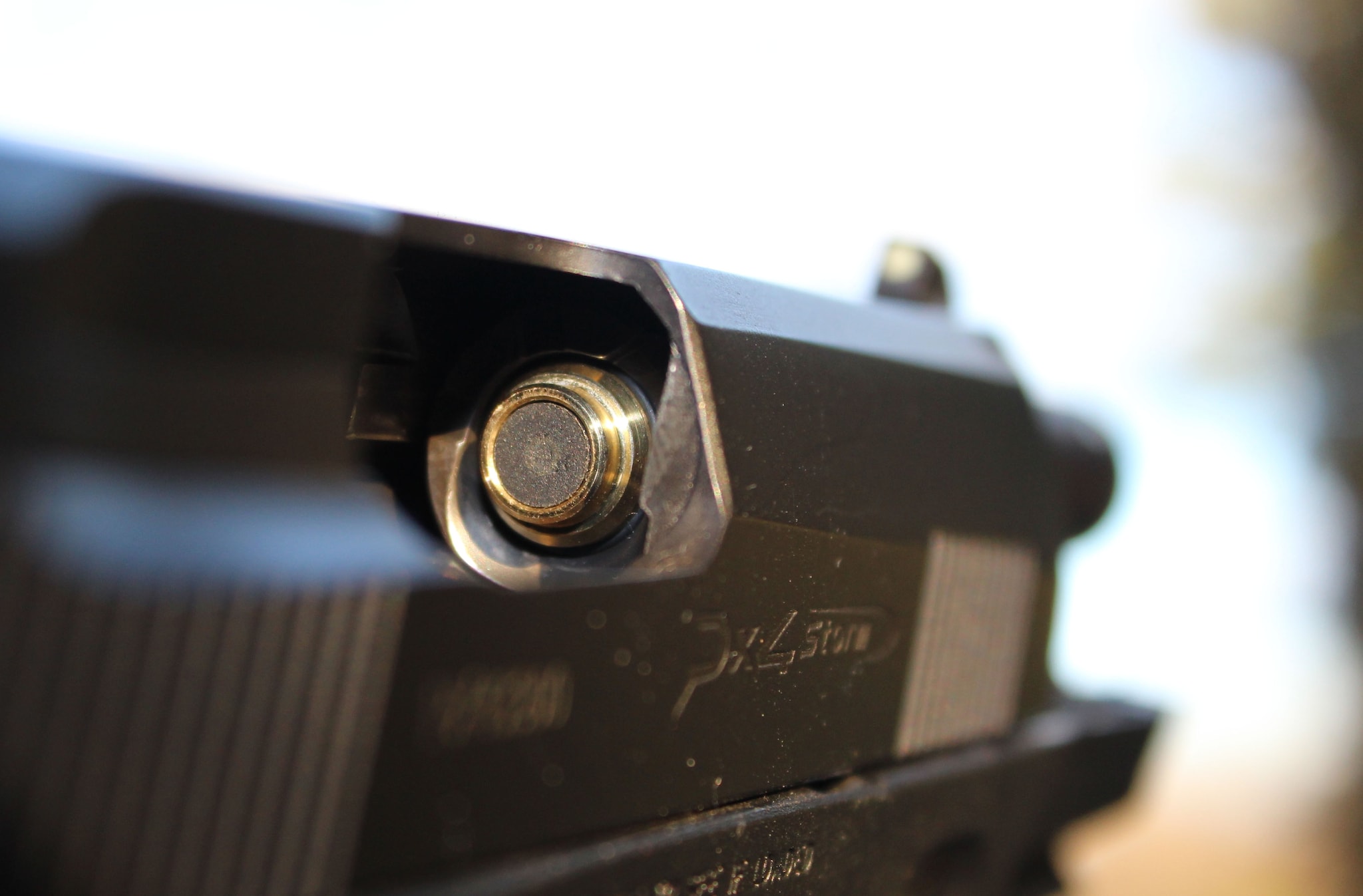 The PX4 is the perfect gun for the LaserLyte, as it allows for practice with every imaginable shot scenario.  But the single actions do just fine. 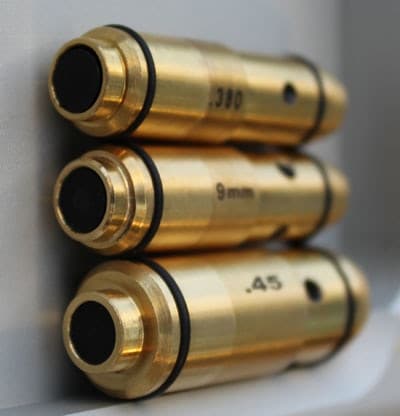 Running double action, for example, is the easiest.  The only things missing are the bang and the recoil.

Or, with striker fired guns, practice a tap-rack.  This is especially useful for all semiautomatics, as you may need to clear a jam someday.

But there’s more.  I put the target in such a place that would allow me to practice room entry.  The target is a great way to practice point shooting.  It even makes shooting from the hip less embarrassing.

This is the best way to practice at home.  I’m convinced of that.  Pulling form a holster.  Precision aiming.  Rapid fire double action.  The LaserLyte LTS accommodates all of it.

How much does all of this cost? The laser cartridges have an MSRP of $109.95.  The target itself is $219.95.  There are occasional deals that bring them down from those prices, significantly.  Regardless, the LTS is far less expensive than range time and ammunition.  And it can keep you current.

Practice is important.  A friend of mine is training for ISPCA competition.  But she’s averse to cold weather.  So when the temperature dropped a couple of weeks ago, she stopped showing up at the range.  When she did return, it took her most of one practice session to get back to the times she’d been posting before she left.  She had regressed a bit. Practicing with firearms is best done with live fire.  But there are other options.  Some prefer dry firing.  Others simply handle their guns, practicing sighting in and drawing, loading and clearing problems.  But accidents do happen because people are careless.

Safety should be of primary concern.  Clear the weapon.  Double check. Check again.  I look in the chamber, in the mag well or cylinder.  I make sure that I unload all of the magazines.  Then I maintain trigger control, keep the gun pointed in a safe direction, and dry fire once, at least, just as the final test.  After that, I feel confident to practice–but I never let down my guard completely.  The good thing about the LTS is that once the cartridge is in the gun, live rounds cannot be loaded in, not even accidentally.

And those are my two benchmarks for firearms gadgets.  Does it work and is it safe?  The LTS works exactly as advertised.  And the whole system is designed to be safe.  That doesn’t mean some bozo isn’t going to be able to find a way to shoot a hole in his wall, but it won’t the a problem with the LTS.

Check out the LaserLyte webpage for extensive video (bottom of page) of the LTS and the other products they make for training.

Hey LasrLyte–how about a six pack of cartridges in .38?  Please?