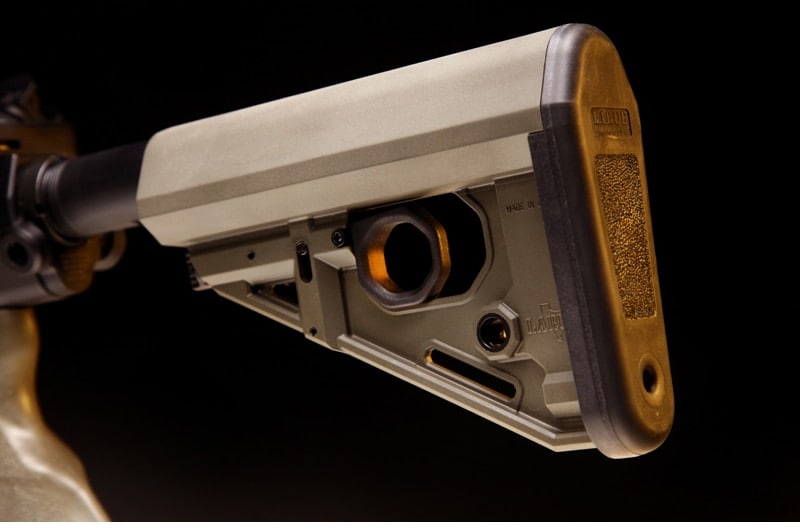 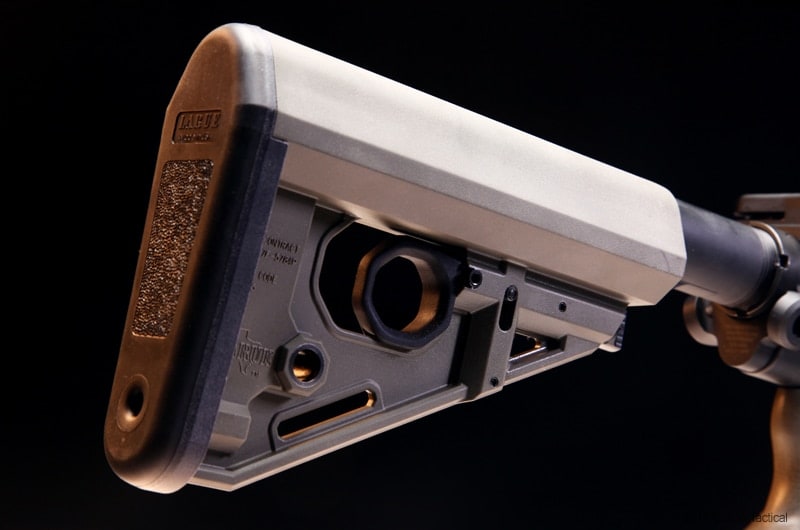 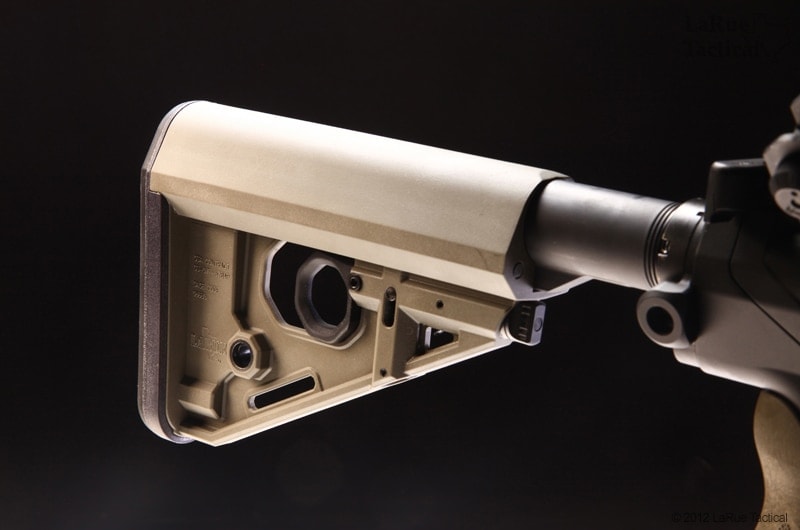 LaRue Tactical has always been a bit nonconformist with their designs, and their RAT stock is no exception. Designed to be ambidextrous and easily adjustable while in any shooting position, even prone, the RAT is guaranteed to be a hit with the enthusiast just as much as it will be the custom AR makers out there.

The buttstock has a trigger-like mechanism that allows you to re-position the stock without having to change your position relative to the rifle. You just reach back, release the tension pin, and adjust the length of pull with your other hand.

The trigger mechanism has a second mode which allows you to remove and install the stock without any hassle. That’s important, because the buttstock conceals two compartments to store a backup emergency cleaning kit.

The rods are stored in little plastic sleeves to make sure that they don’t rattle, and they screw into the buttpad, to be used as a handle.

The LaRue Tactical RAT is available in five colors, black, flat dark earth, olive drab, foliage green and LaRue’s own urban dark earth. All versions will have the same features including the integrated quick-detach sling points.

It is kinda expensive for a stock at $185. But if it works half as good as it looks, then it’s definitely worth considering. Besides, if you were gonna buy some magazines anytime soon, it’s not like you don’t have a little extra in your pockets.

Right now the cleaning kit is free for early adopters, but down the road it’ll cost you $25 extra. The RAT comes in three versions, no kit, with kit, and complete assembly including a six-position mil-spec receiver extension, standard carbine-weight buffer, castle nut, latch plate and chrome silicon buffer spring for $70 more.

Check it out over at LaRue Tactical. 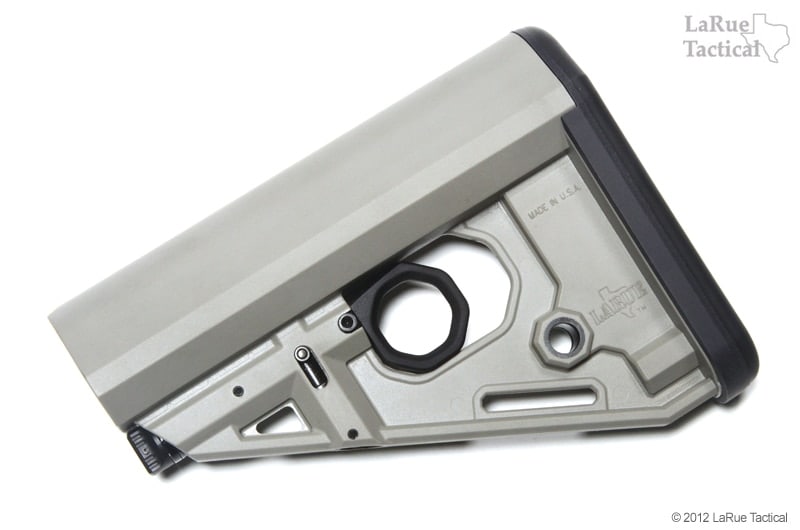 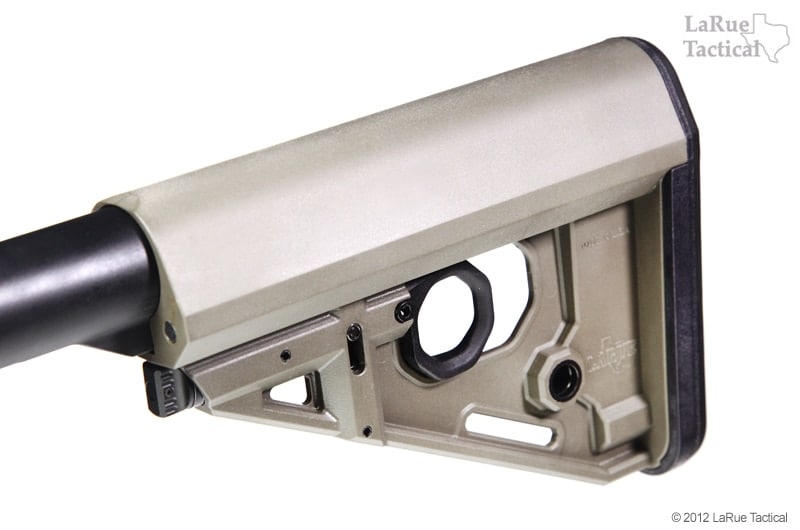 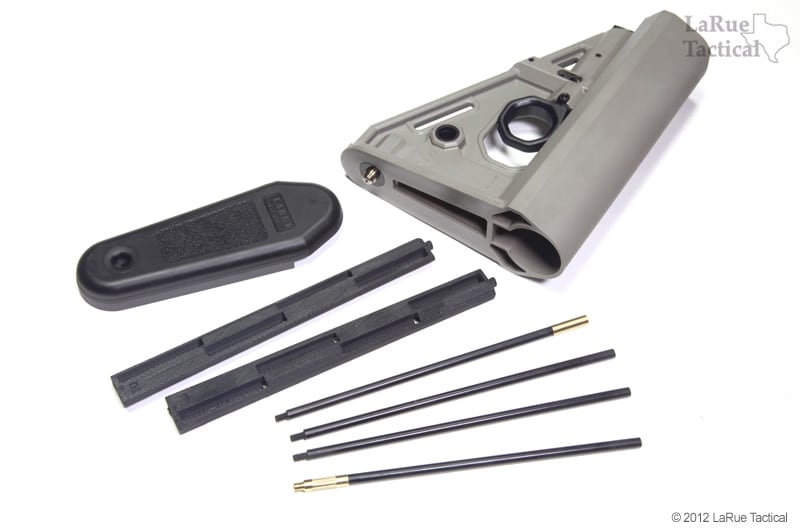 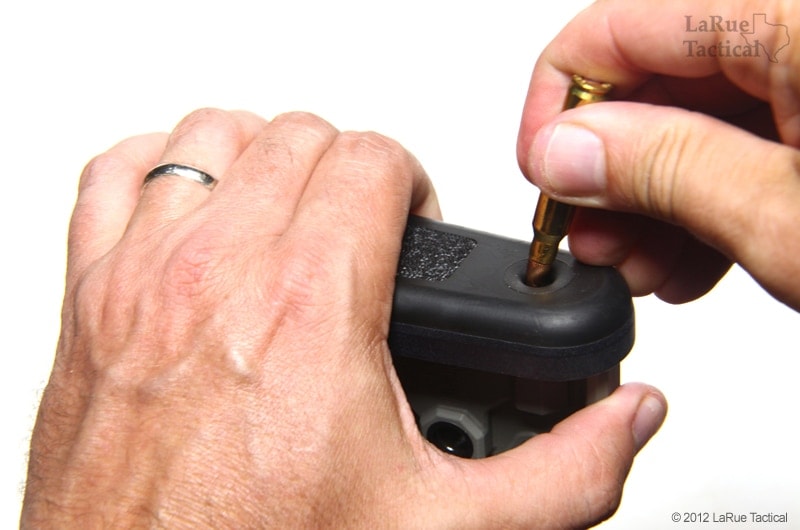 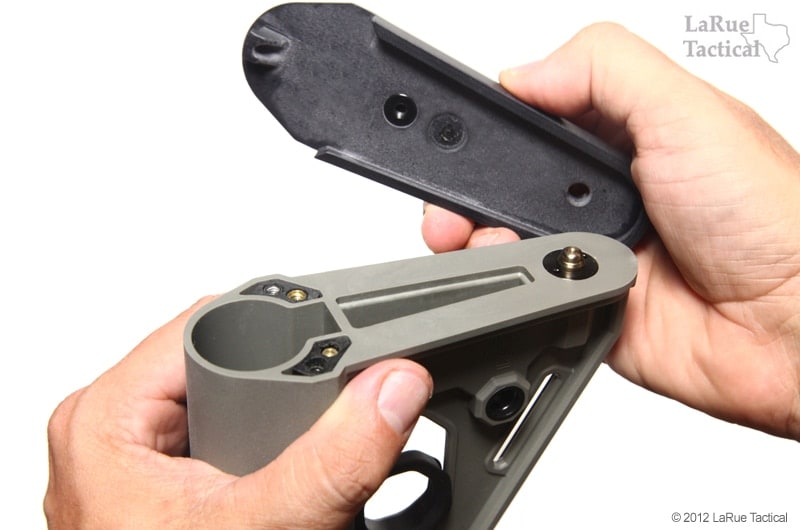 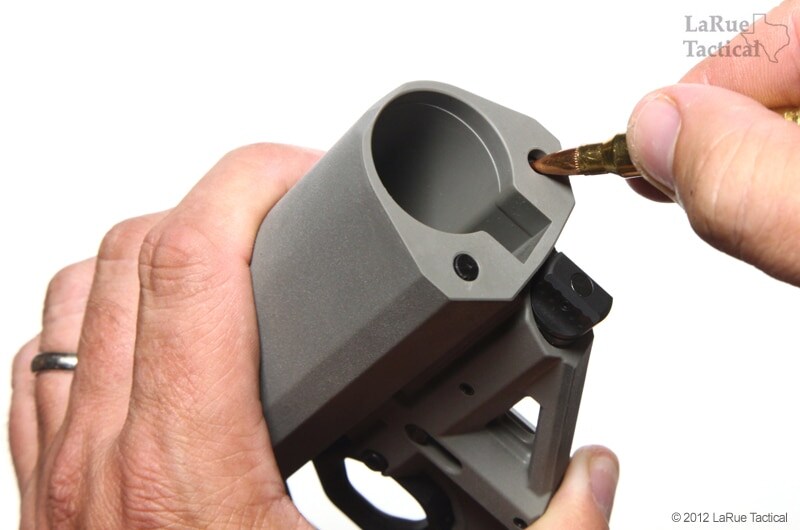 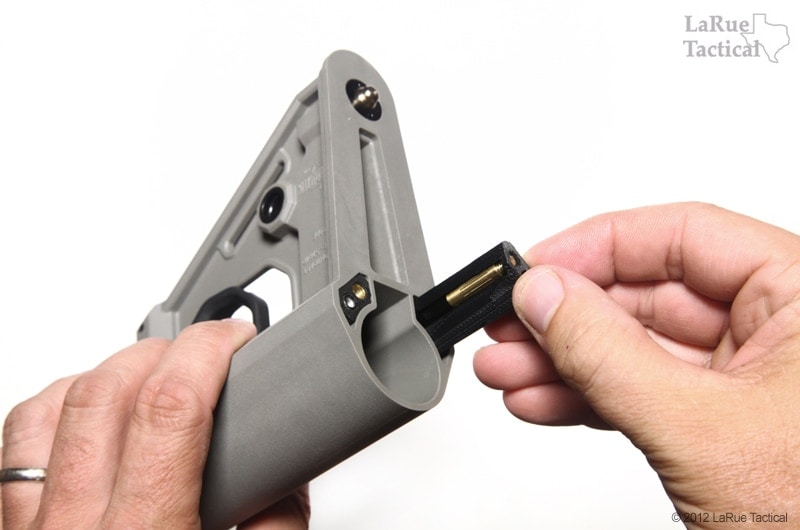 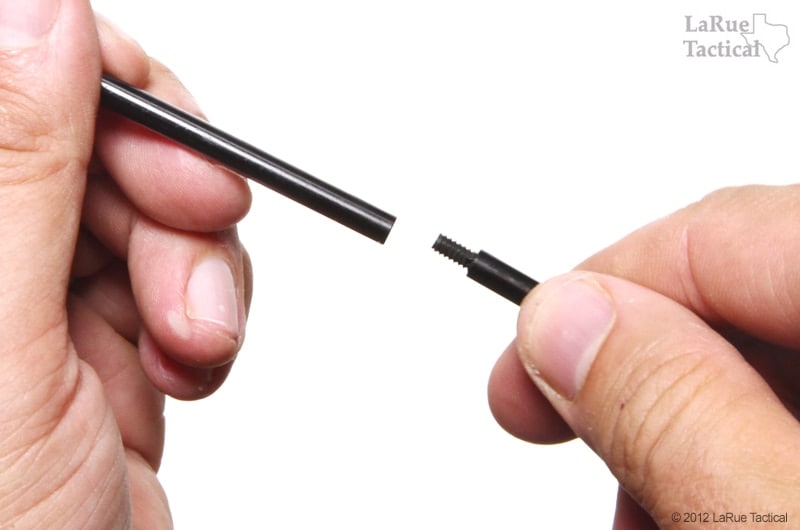 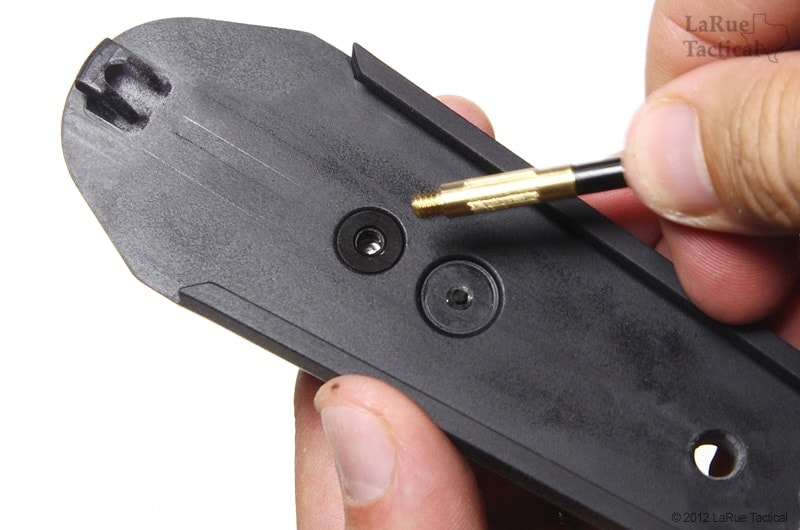 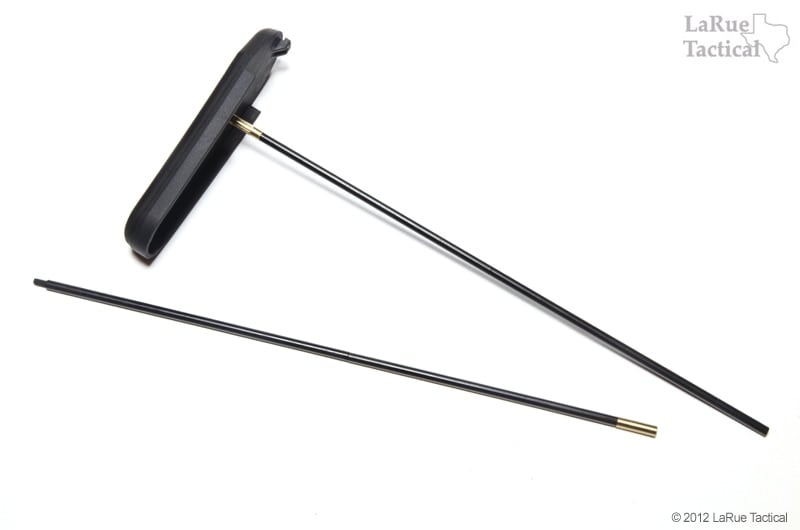 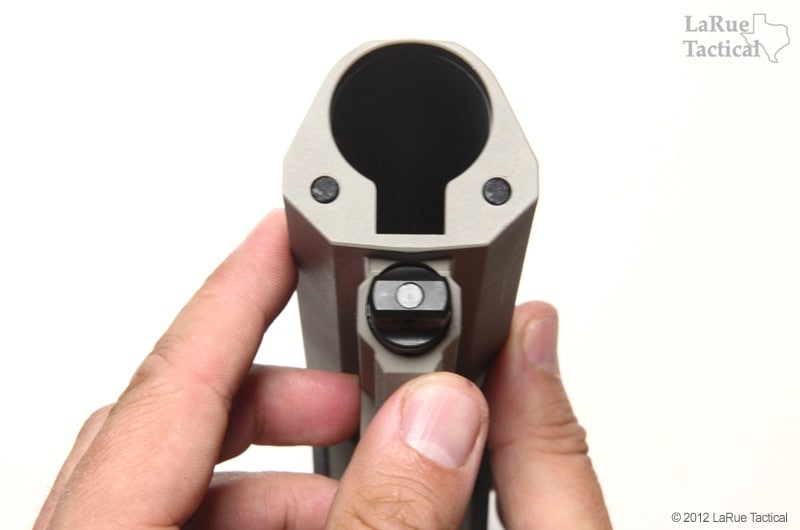 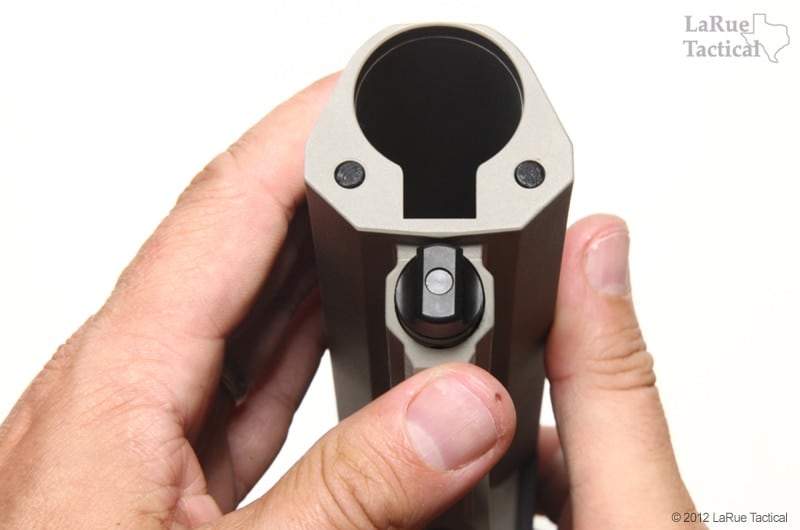 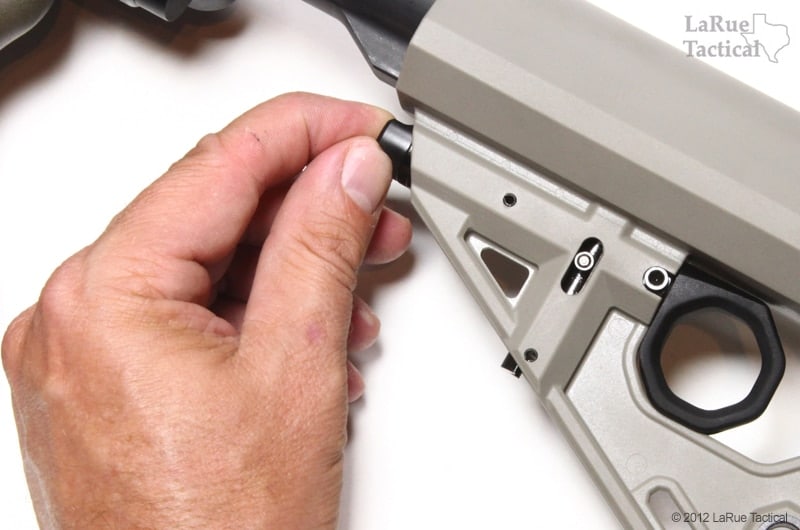 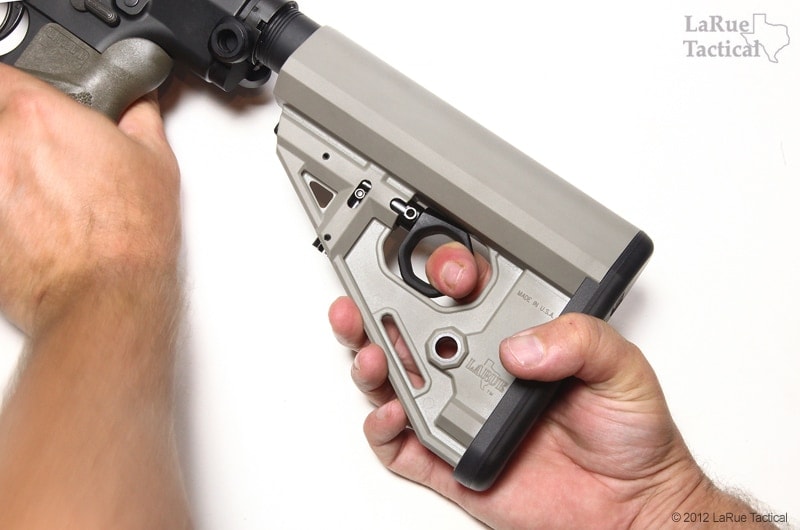 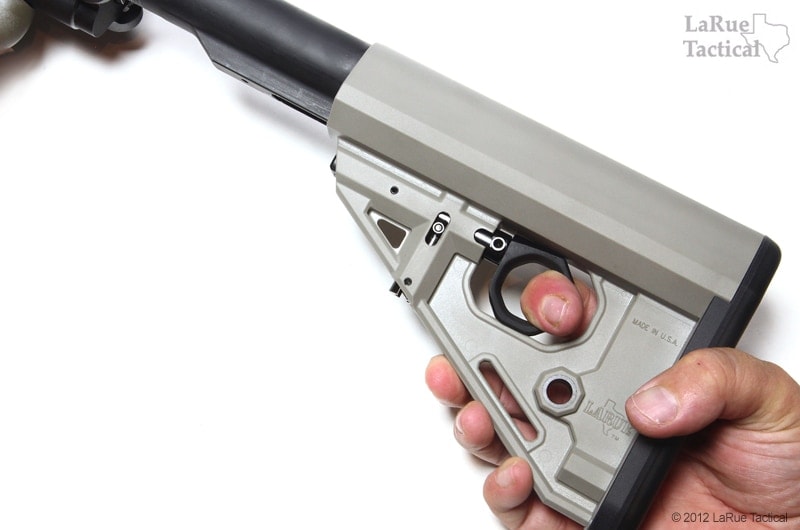 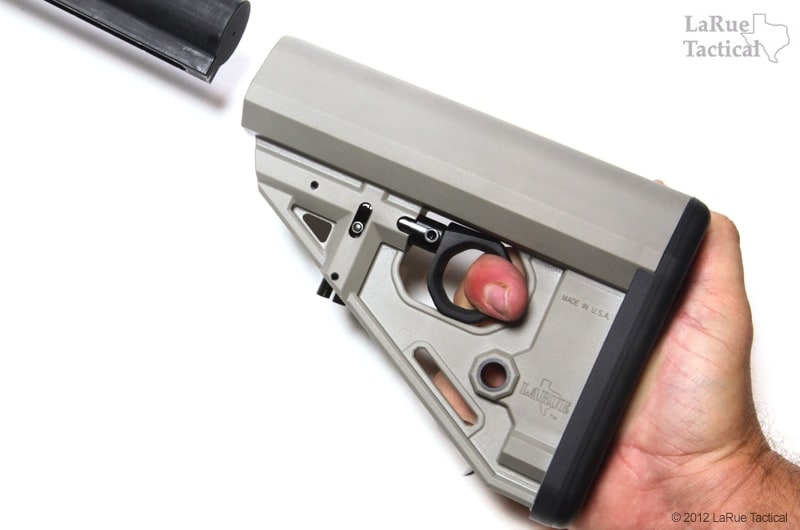 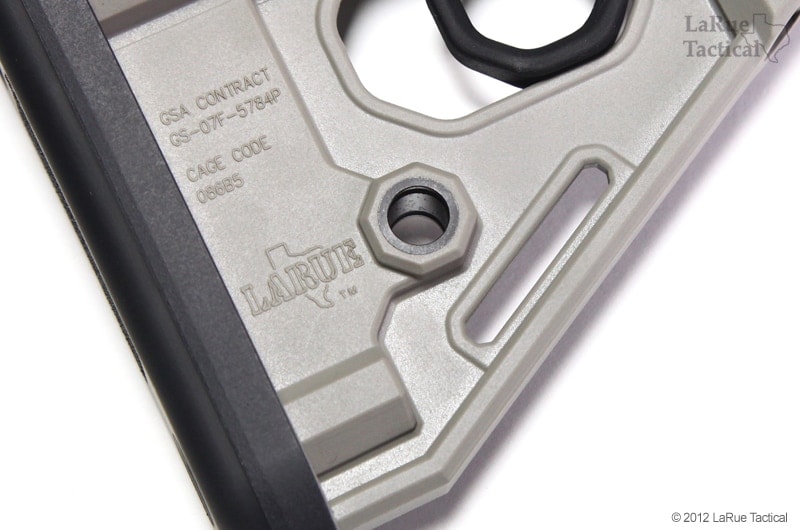 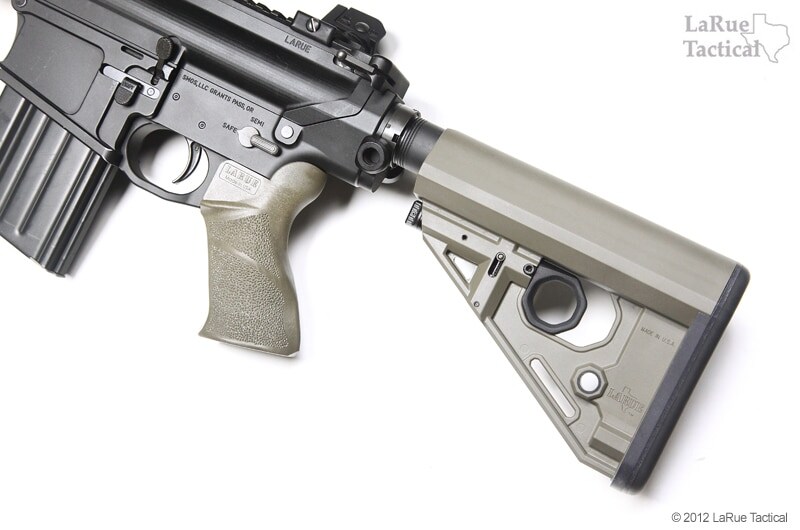 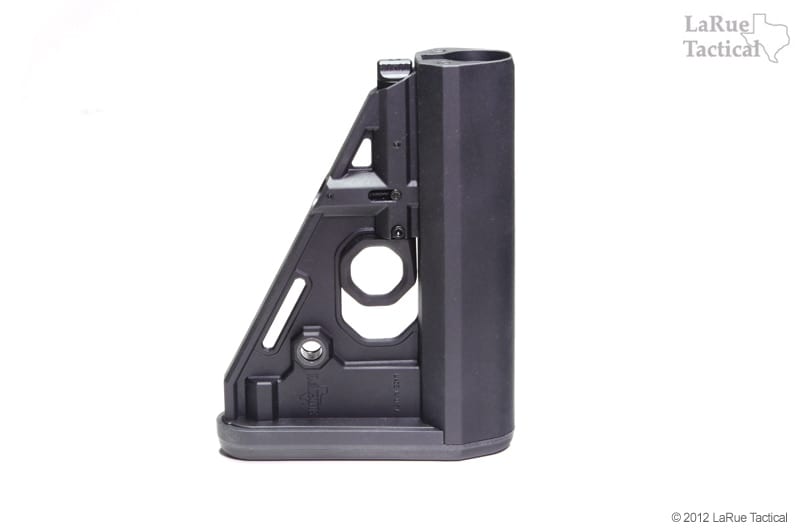 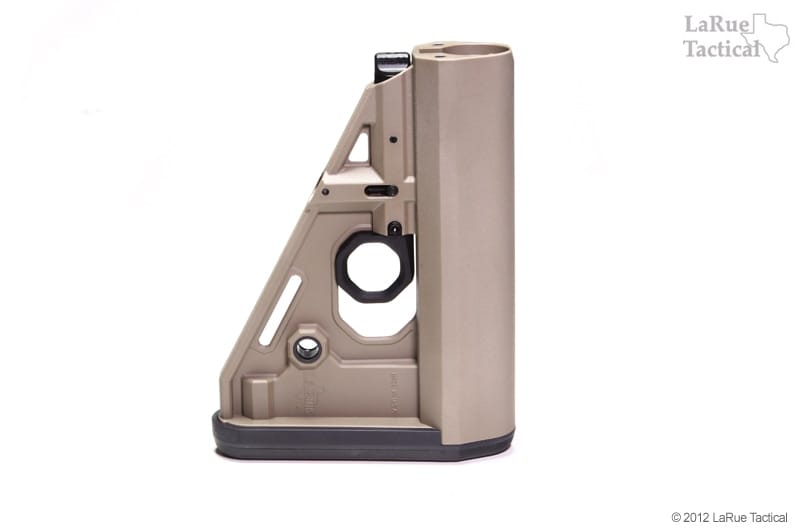 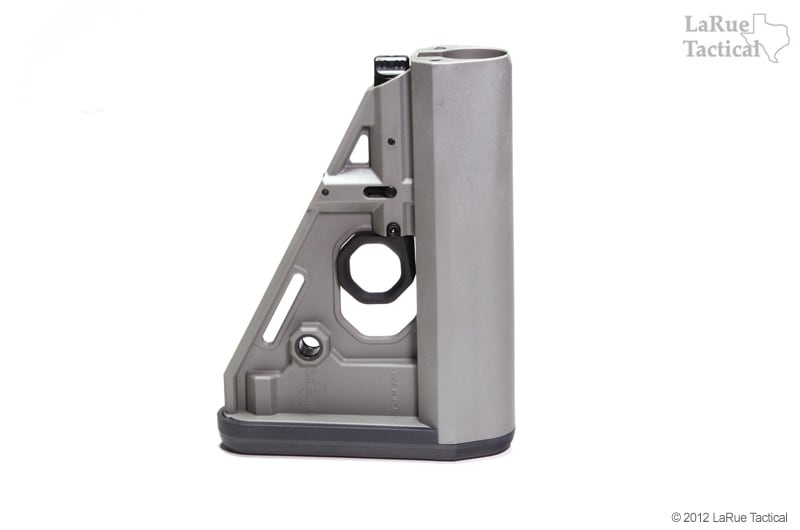 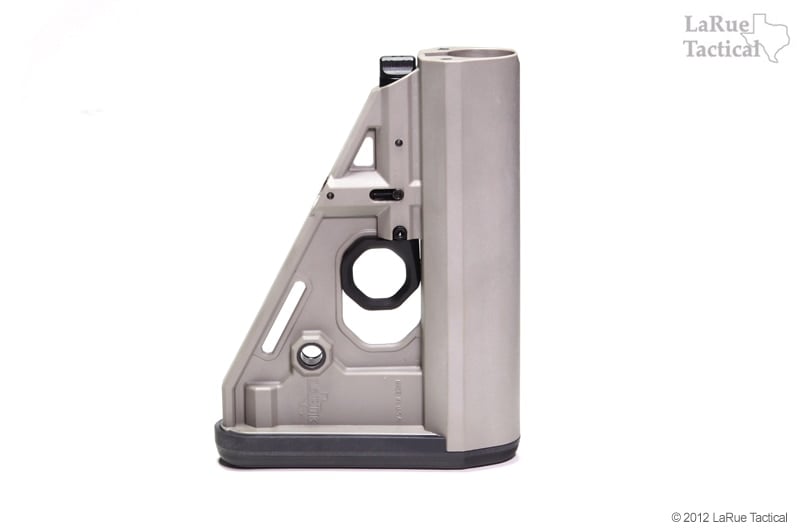 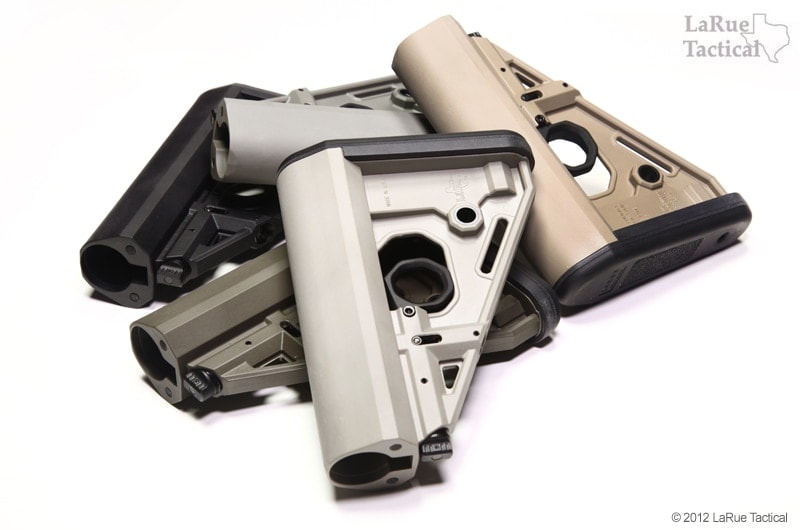