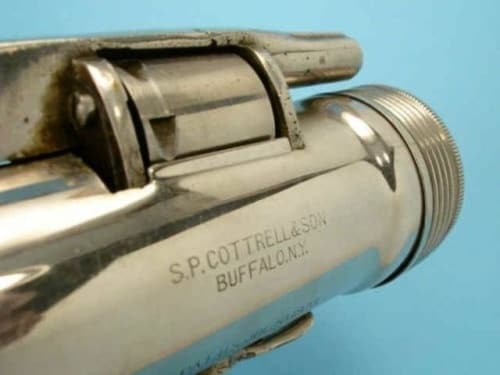 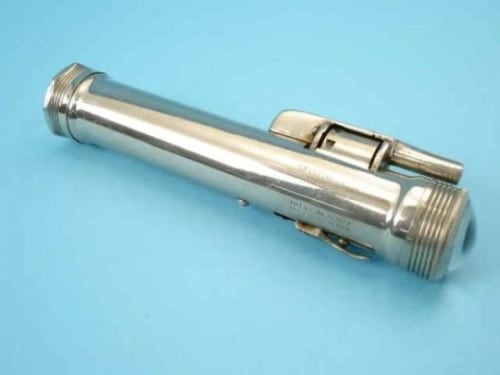 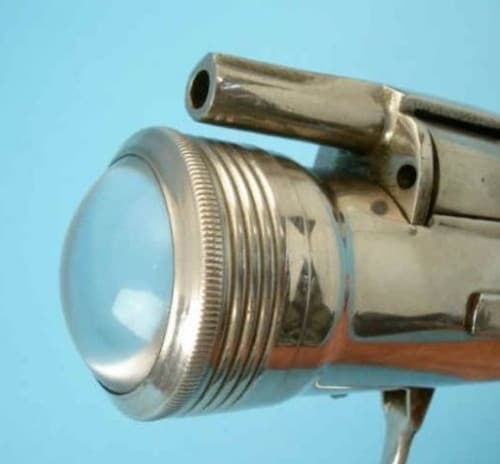 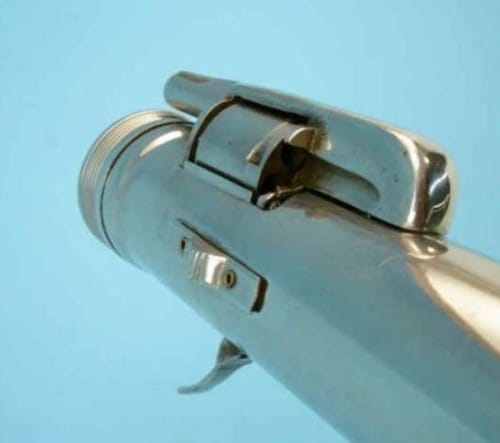 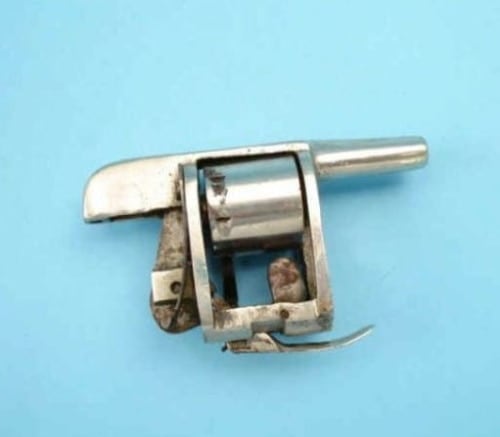 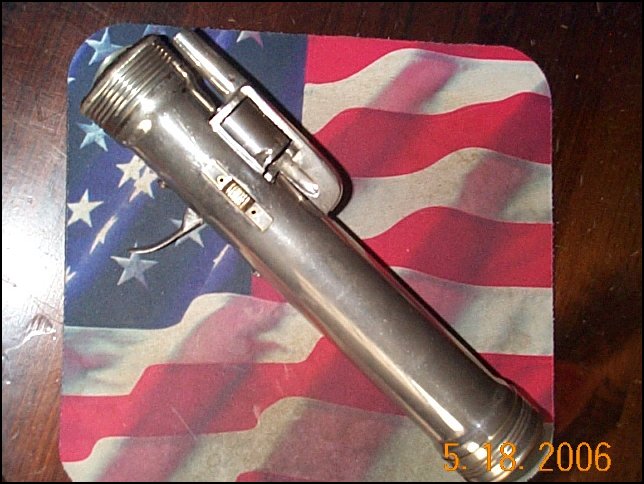 We found these photos of S.P. Cottrell & Son flashlight revolvers that were made around of the turn of the century, dating between the teens and the twenties.

“Manufactured circa 1920s. The two cell type flashlight is controlled by a sliding button on the left side. The revolver unit with barrel is mounted into the front portion of the flashlight by two screws. Double action with a folding trigger. The flashlight is stamped with the two line Buffalo, New York address above the two line, two date (1922, 1923) patent marking.

“The ultimate in American made firearm oddities!”

If you ever come across one, snatch it up and keep it safe, as they’re worth a couple grand, more in good condition.