In the wake of the mass shooting at an Aurora, CO, movie theater this past July, New York City Mayor Michael Bloomberg’s pro-gun control organization Mayors Against Illegal Guns (MAIG) launched the ‘Demand a Plan’ campaign.

A multi-pronged media campaign aimed at garnering support for gun control, the ‘Demand a Plan’ initiative is really misnamed.  That is, it’s not urging people to ‘Demand a Plan’ per se (as in, ‘any old plan’), but to ‘Demand MAIG’s Plan,’ to insist that federal lawmakers pass the following gun control measures ASAP:

– Pass the Fix Gun Checks Act and make sure every gun buyer gets a background check. NOW.

– Pass a federal firearms trafficking statue – with real penalties for the “straw purchases” that put guns in the hands of criminals and drug gangs. NOW.

Following Aurora the ‘Demand a Plan’ campaign was struggling to attract high-profile celebrities, but now – in light of the recent massacre at Sandy Hook Elementary School in Newtown, CT – it seems as though every celebrity and his/her proverbial brother has joined on (see video below).

According to Mark Glaze, a Bloomberg disciple and the executive director of MAIG, in the week following the Newtown tragedy, support for ‘Demand a Plan’ increased by more than 100,000 people.

Perhaps more of an indicator of its growing popularity, the ‘Demand a Plan’ campaign has gone viral around the Internet thanks to help from the leaders of Silicon Valley.

“We had a conference call two days ago with about 130 participants from dozens of online companies,” said Kenneth Lerer, the co-founder of the The Huffington Post and a ‘Demand A Plan’ organizer. “Over day by day, and week by week, you’ll see things all over the web.” 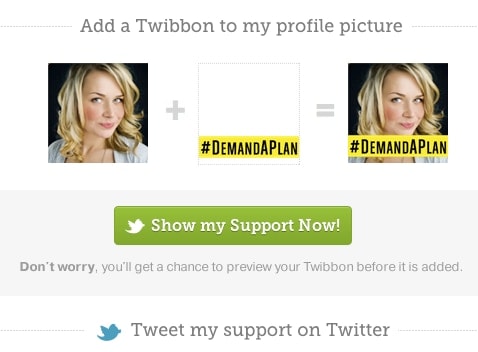 Indeed.  Already ‘Demand a Plan’ operatives have expanded the movement’s presence on Twitter and Facebook, BuzzFeed and other popular social media websites.  Additionally, promoters have exploited traditional media outlets.  On Wednesday, there was a full-page ‘Demand a Plan’ ad in the New York Times.

Though, the question is, what will the aggregate effect of this ‘Demand a Plan’ media saturation be?  Will it really move the needle?  Will it sway public opinion into supporting those aforementioned gun control measures?

Well, time will tell (thus far, polling suggests that there’s only been a “moderate change” in public opinion on gun control, as in slightly more people value gun control over gun rights, for more on this click here). 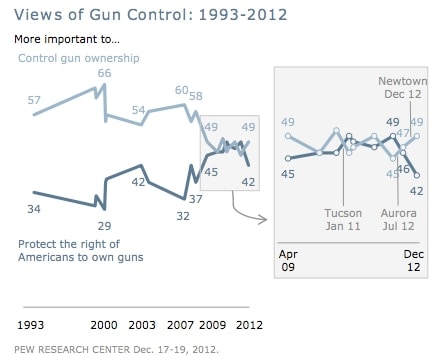 With that said, we know that at least one person has been paying keen attention to these calls for gun control: President Obama.

In his weekly address on youtube, via the White House Blog, Obama acknowledged the groundswell of support for a petition calling on his administration “to produce legislation that limits access to guns. While a national dialogue is critical, laws are the only means in which we can reduce the number of people murdered in gun related deaths.”

Currently, that petition has almost 200,000 signatures (it’s unclear whether it was started by MAIG).

In the video (see below) Obama says, “We hear you” – a clear tip of the hat to the efforts of pro-gun control advocates.  He then explicitly endorses a renewal of the Assault Weapons Ban (which includes high-capacity magazines), the closing of the inaptly titled ‘gun show’ loophole and touts his recently formed national commission that will propose new measures (more gun control) to prevent gun violence by the end of January.

Bottom line: Hollywood and the President are on board with ‘Demand a Plan.’  Again, the question is: will the public follow suit?