Guns.com's Naughty List: Five guns that are too tacticool

Guns.com’s Naughty List isn’t all that long.  And when I say Guns.com, I really mean me.  This is my naughty list.  Most everything here has something in common; these guns are unnecessarily tactical.  Not that these new iterations of traditional designs don’t have a certain appeal.   They do.  And they’re all fun, solid guns.  But at what cost?

At this time of year, when traditions abound, I’d like to stick a lump of coal in a corporate stocking or two.

I’m still waiting to get my hands on the Mossberg 464 SPX Tactical Lever Action.

And when I do, I’m going to secretly love it.  This dude is the Moped of the the firearms world.  And not because it is underpowered.  And you won’t have to pedal it.

It is Mopedish  because the Tactical Lever Action will be a lot of fun to ride, but you don’t want to be seen doing it.  Unless you’re a hipster.  Wait.  My metaphor just got out of hand.

This is so ridiculous that it just might be cool.  Or, if you’re really into your lever guns and have always wanted one with six miles of  Picatinny rail, the 464 might not be ridiculous at all.  And I respect Mossberg.

I typically tend to give Mossbergs glowing reviews.  So I’m putting it on the naughty list, but reserving my final judgement.

Rossi has made my list because of the Tactical Circuit Judge.  I love this little monster.

But while we’re discussing companies who make something more tactical than it  should be, I have to plug Rossi.  While I dismiss the .410 revolver platform as the answer to self defense, I like the idea of a .410 revolver rifle.

It really epitomizes the snake gun.  And the Rossi is so light and compact that it would ride perfectly in a pack or on a saddle.

But the Tactical Circuit Judge just seems a bit too much for me.  Perhaps I’m just a sucker for tradition. 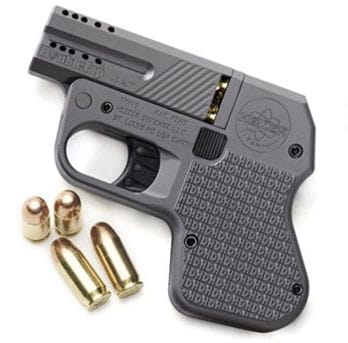 Heizer is going to make a tactical .45 ACP derringer.  Someday.  They’ve run into some unknown problems with (presumably) production.  Though the pieces should be easy enough to machine, so I’m inclined to think there is something more going on behind the scenes.

Still, this beast of a pocket pistol will sell like crazy the moment it does come into production.  It may have the claim to smallest and thinnest.  As such, it will sell.

But there is something else that concerns me about the Double Tap hype, and that’s that this gun will only shoot two before needing a reload.  Even with two more rounds in the handle, that can get a little sticky.  We’ll see that theme again.

But I’m stuck on the tactical trend in traditional guns.  It seems to be a theme developing here.  But when I add Stoeger to my naughty list, it is because of the two-shots-then-reload flaw I mentioned in the last paragraph.

Stoeger makes some mean guns.  But they’ve hopped up on the tactical black band wagon in a big way with their Double Defense.

This was one of the most fun guns I had the opportunity to review this year.  I loved it.  Yet there is no way, ever, under any circumstances, that I would choose this gun for self defense.  And not because of the black stained wood, or all of the rails, but because the gun only has two shots before it needs a rather slow reload. 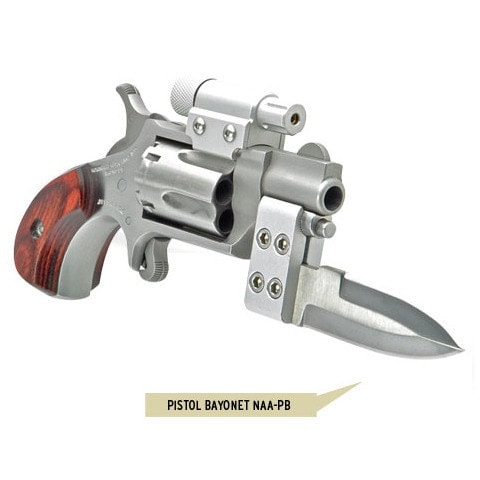 And derringers.  Some things are meant to go together.  Chocolate and peanut butter.  Ike and Tina.  But derringers and bayonets are not part of that combination.

LaserLyte.  Just yesterday I raved about LaserLyte’s Laser Training System, one of the most useful gadgets I’ve seen in a while.

But some folks need to focus their energy on what they do best.  I don’t want to stick a knife on the end of my pistol.  I’m likely to try to holster the thing and end up needing stitches.

What we need are cartridges for revolvers that we can use with the Laser Training System.

2013 is right around the corner.  I can’t wait to see what happens next.  I bet it will be a Colt Peacemaker with a quad rail and a vertical forend.  Or maybe a…I don’t know.  We’ll have to wait and see.  Odds are, there will be some abominations.  And odds are they’ll be a lot of fun.