Magpul’s most recent magazine design, their third-generation Gen M3 PMAG, is about to come in a whole lot more flavors than their standard 30-round option. This announcement has been in the works for some time and isn’t in response to the recent call for a magazine capacity limit. 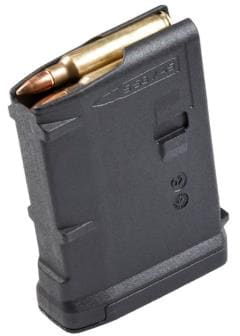 These magazines will come in 10- and 20-round capacities for those interested, including both people who must abide by round limitations as well as those looking for more compact packages, such as bench rest shooters and military and law enforcement equipped for entry duties or for rifles that spend a lot of time getting in and out of vehicles.

Magpul will be working on these in a reduced capacity as they will maintain their focus on 30-round magazines, according to their announcement on Facebook.

“These are a little later than anticipated due to production optimization of our standard capacity magazines, but we now have added capacity to produce the GEN M3 20rd magazine as well as have all the standard mags running ‘round the clock.

“And so, without further fanfare, we give you the PMAG 20 GEN M3. The PMAG 20 AR/M4 GEN M3 includes all of the GEN M3 improvements, including constant curve geometry, which is a change from our previous straight 20-round PMAG. 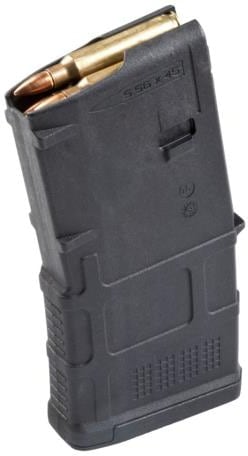 “We are also taking this opportunity to announce the PMAG 10 GEN M3, although this reduced capacity magazine will not be ready for release until early February, as we focus our current manufacturing capabilities on the standard capacity magazines.”

They have also stated that windowed versions of the 30-round Gen M3 PMAGs have been in production and will become available at the start of next year.

Given the awkward timing of the announcement, it’s nice to hear that Magpul isn’t calling them “high-capacity magazines” or any such nonsense. They are standard capacity magazines and everything else is artificially reduced.

Magpul’s Gen M3 magazines were developed for cross-compatibility with non-AR-15-type rifles that use AR/M16/M4/STANAG magazines, like the Marine’s new HK M27 IAR. They have a different shape that works with greater percentage of rifles as well as other features, like their over-insertion stop and labeling matrix that make them a fair bit more appealing than the standard Gen M2 PMAGs.

Prices have not been announced, but we do expect all other versions to cost a buck or two more than the standard 30-rounders, just like non-standard Gen M2 magazines.