The original M3 “Grease Gun” was a late-WWII submachine gun intended to replace the Thompson SMG. Except for a small run of guns built to shoot the 9mm Parabellum round, the M3 and subsequent M3A1 (a modified version to deal with some minor reliability issues) shot .45 ACP. While the M3/M3A1 didn’t actually see a lot of use in WWII, it saw service in Korea, Vietnam and elsewhere.

The basic idea behind the gun was to make it simple, fast and cheap. As far as “purpose” is concerned a soldier would shoot the thing until a major malfunction occurred and then discard it. This partially explains the look of the thing – like an inexpensive grease gun, hence the name. 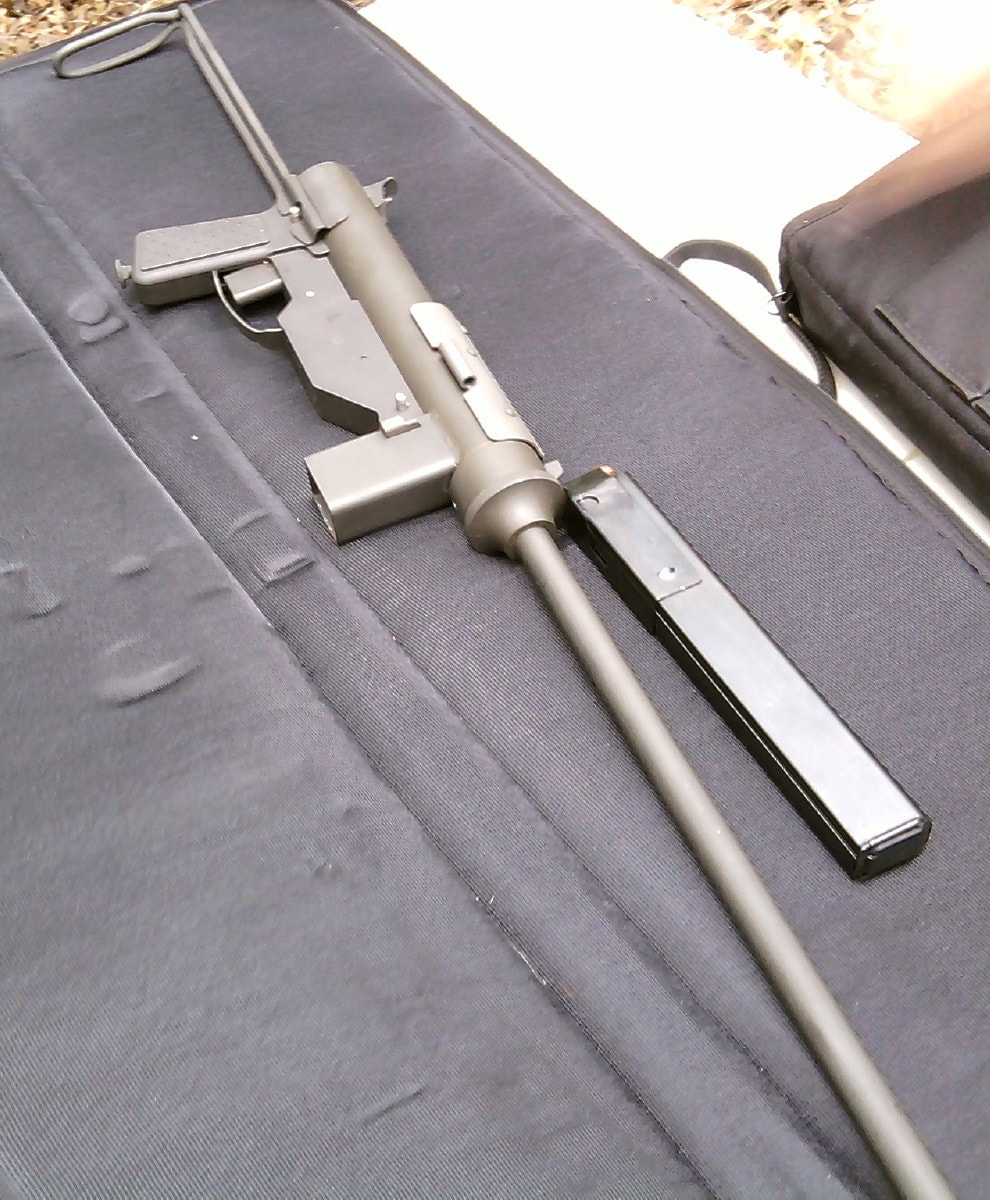 Why reproduce the “Grease Gun”

Some years back, during the foolishness called the Assault Weapons Ban a number of companies produced guns capable of using old, surplus ammo magazines. The reason? It was a way around the 10-round limitation imposed by the AWB. These magazines were ‘grandfathered’ under the AWB and there were something like a million metric buttloads of old Grease Gun mags out there. And once you start thinking about the number of Grease Gun magazines available, it’s only natural to consider making a civilian-legal Grease Gun to use them in.

Valkyrie Arms took the basic design of the M3A1 Grease Gun and tweaked it to comply with BATFE regulations, which meant going from an 8-inch barrel to a 16.25-inch barrel (which is quite sufficient for the .45 ACP cartridge because it typically doesn’t gain much additional velocity from longer barrels), removing the select-fire switch to make it a dedicated semi-auto firearm, adding a manual safety switch on the left side of the gun, and welding the collapsible wire stock in the extended position.

In addition, the operating mechanism was changed from an open-bolt design (where the bolt strips off a round from the magazine, chambers it, and fires it, then blows back to the starting position as a function of recoil) to a closed-bolt design found on most modern semi-auto firearms. I’m guessing that this was probably done for safety and legal liability reasons, but Valkyrie Arms doesn’t really exist anymore making it difficult for me to verify.

The one I had a chance to shoot hadn’t seen much use. A friend of mine had picked it up early on in the production run and it had mostly been stored since.

When he took it out of the case, several things struck me. First, just how much it looks like an actual grease gun, which I expected from seeing the images of the gun (both the original and the reproduction), but it was still striking to see it in person.

Second, it’s surprisingly heavy. It’s a compact little gun all in all, and all steel – so it weighs about 8 pounds. And third was how you cock the thing: there’s a notch on the bolt, so you have to reach in through the ejection port, hook it with your finger and then draw it back. And since this is a direct-blowback gun, the recoil springs are quite stout – it takes some pretty serious strength in one finger to perform this operation. 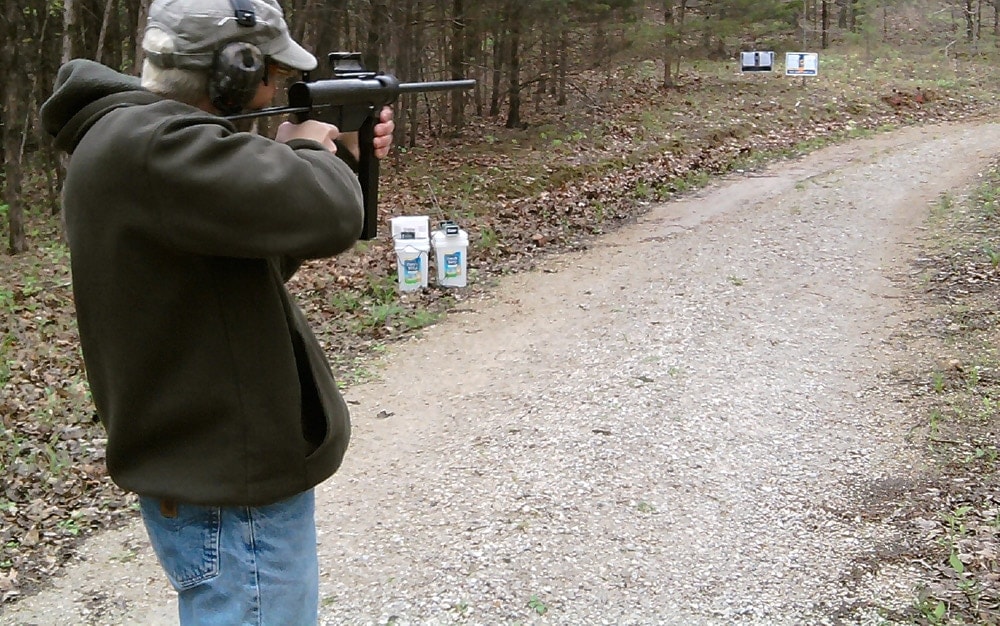 The fit and finish were rough, but compared to the original I’m sure the reproduction is much better because it’s a fairly crude design, and wasn’t intended to ever be a thing of high finish. This is an industrial gun, meaning it was designed to be mass produced in minimal time and used roughly for a short while. The Valkyrie Arms version reflected this inherent nature of the gun. With that said, it felt solid in the hands. It wasn’t fragile at all. And shooting it was both fairly easy and comfortable.

The trigger pull was smoother than I expected, but also fairly stiff. The simple iron sights (blade front, aperture rear) were easy to use, though I had some difficulty getting down behind them wearing ear muffs (I had the same problem with my Kel-Tec Sub 2000).

Although we didn’t really put it through its paces in terms of accuracy, at 25 yards it was fairly easy to make tin cans jump and with the 16-inch barrel there was enough weight out front so it stays on target nicely.

Function was fine. We didn’t have any problems with either ball ammo or JHPs. This makes sense, since the whole system was robust enough and with enough tolerance that I expected it to shoot just about everything without a hiccup.

These aren’t common guns, but they’re more common than the original full-auto Grease Guns, at least for those of us who don’t play with Class III guns. You do see them pop up on gun auction sites occasionally -sometimes selling for around $1000 – and will sometimes see them at your local shop. If you get a chance, give one a try. And if you find one at the right price, don’t be afraid to take a risk on it.