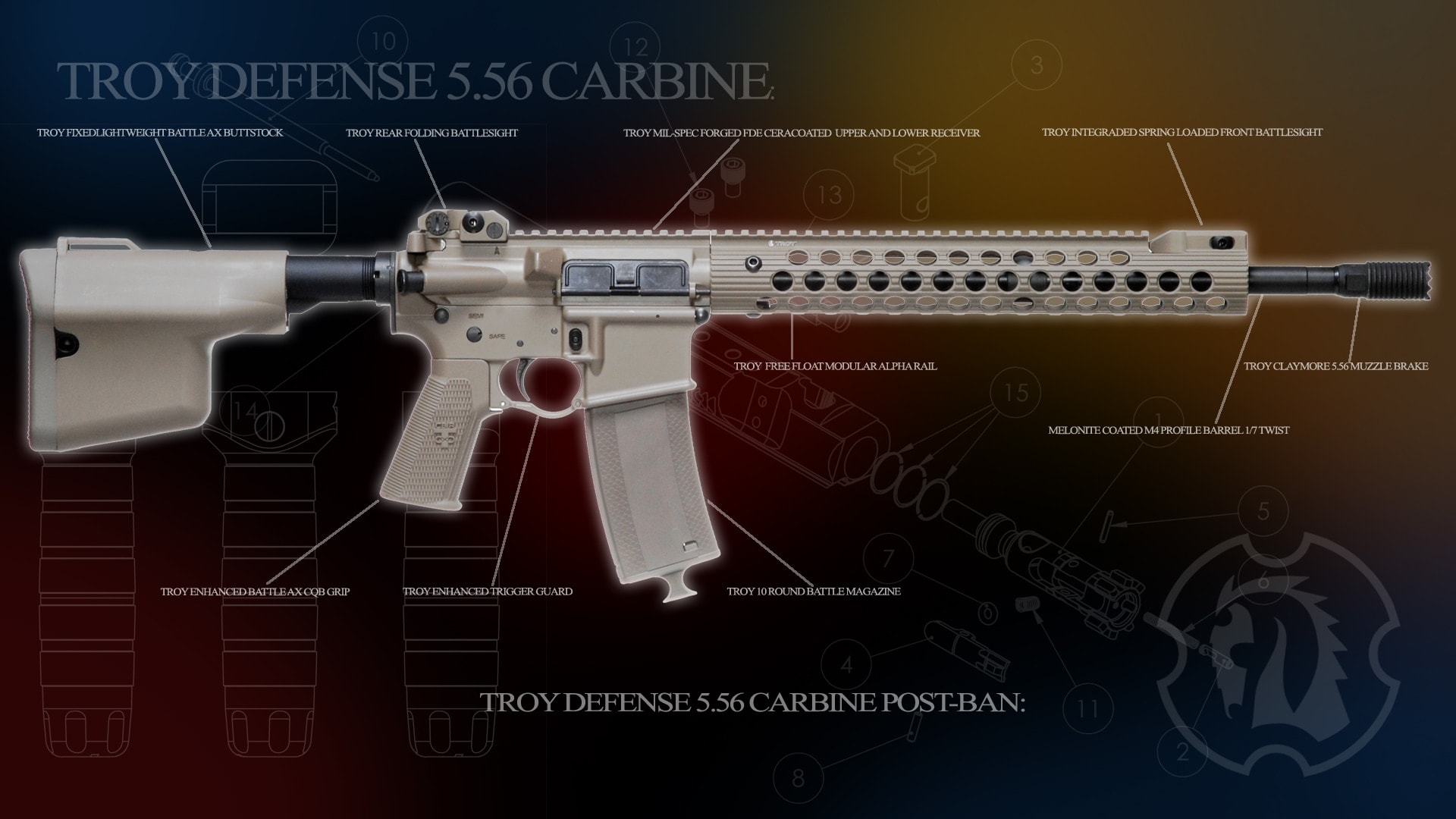 For Black Friday, Dick’s, partnering with Troy Defense, offered customers an outstanding deal on Troy Carbines, just $800. The going rate for these rifles is normally around $1,100-$1,200.

The Troy Carbine was a good deal at more than a thousand dollars; available in two options, an all black pre-ban version for states with rifle prohibitions and a black and tan model for everyone else.

Accordingly, Dick’s sold out of their in-store stock in an instant. They took back orders for future rifles that Troy was expecting to fill.

The carbine was also a Dick’s exclusive, and Troy’s first complete rifle. But, following the Sandy Hook shooting, Dick’s has announced a suspension of all “modern sporting rifles” sales. This means the Troy Carbine.

While many assumed this suspension was going to be temporary, Dick’s has sent out notices to customers who placed back orders informing them that “Our records indicate you have placed an order for a Troy Carbine. At this time, we are unable to fulfill orders of this item. Your credit card will automatically be credited for the full purchase price or, if you paid by check, cash or debit, your refund check is enclosed.

“We apologize for any inconvenience this may cause and do appreciate your patronage, therefore, enclosed you will find a $100 gift card.”

These refunds were sent out to customers without Troy’s knowledge that Dick’s was cancelling the order, and began to arrive on Christmas Eve. And while Troy is looking for new avenues to sell their carbines, they won’t be able to offer them at the same prices without first finding another vendor with the selling power of Dick’s. 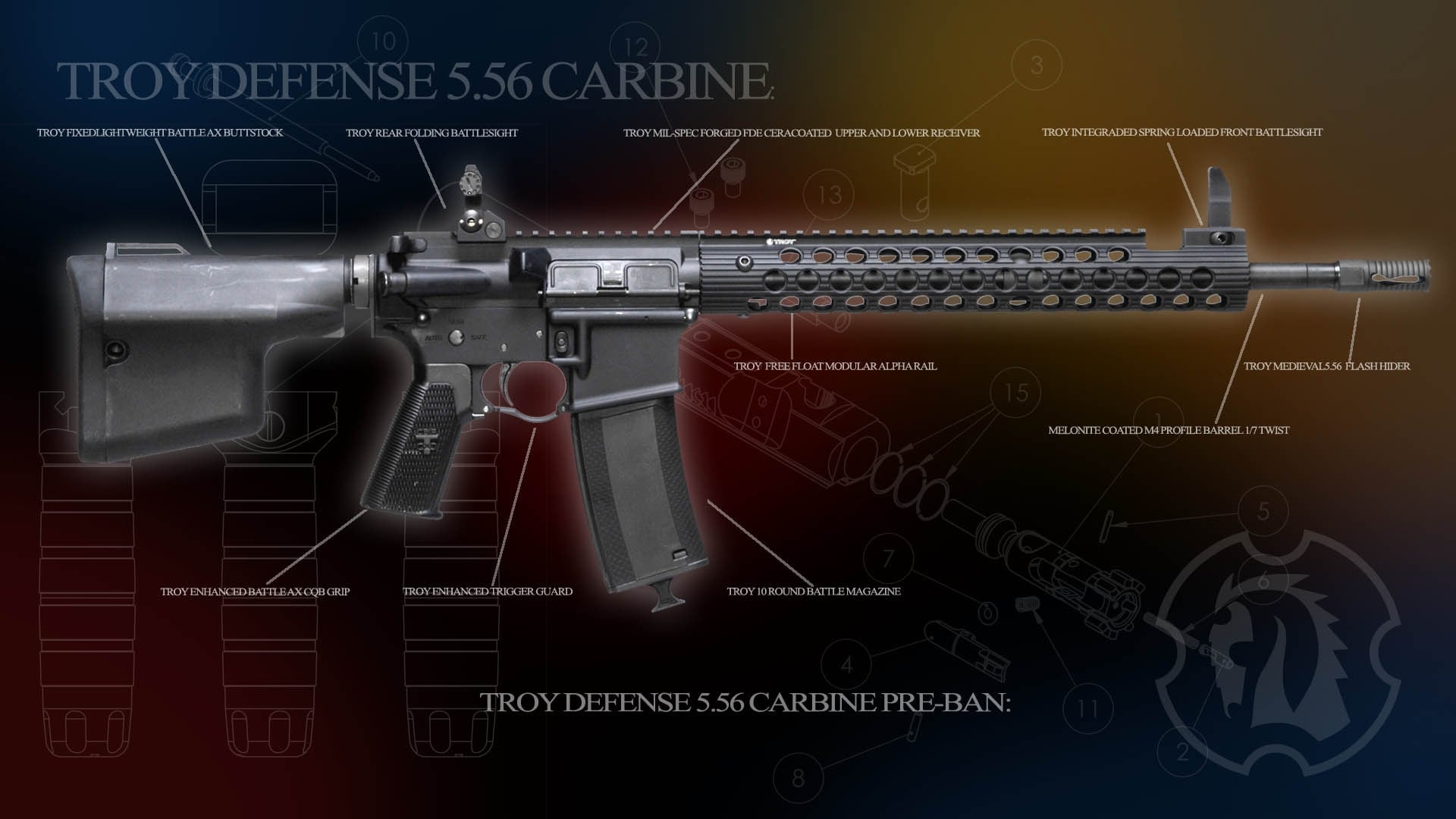 “Troy’s pricing to DSG was based upon volume sales. It is unlikely that pricing to any other outlet in the future will support the pricing granted to DSG. Troy understands the anger of certain DSG customers whose purchases have been cancelled—you got a great price from DSG. However, Troy, itself, cannot come anywhere close to offering the Carbine at the price DSG was offering it. DSG devalued and diluted Troy’s brand when it offered for sale the Carbine at a steeply discounted price during Thanksgiving week. As a result of the sale price set by DSG, DSG over-sold and over-promised its inventory. Nonetheless, the current ill-will could have been avoided had DSG not terminated modern sporting rifle sales, promptly canceled over-promised orders, and forthrightly communicated with Troy.”

Dick’s isn’t “unable to fulfill orders,” they just dropped them. In doing so they affected not just Troy but their customers, customers who are more than just firearms enthusiasts and deal-hunters, as GearScout is quick to remind, with a letter from a reader, officer Andrew C.

“What makes this situation even more frustrating is that I am a law enforcement officer and purchased this rifle specifically to use while on duty, as my agency allows us to carry rifles, but cannot afford to issue one to every member.”

Dick’s isn’t the only company to drop guns, customers and business following the Sandy Hook shooting. Time will tell how this will affect their business in the long term, but something tells us that by taking away people’s premium ARs, this year, right now, is not likely to win them many new friends, no matter how many gift cards they send out. Gun owners have long memories for this sort of treatment.
We can only hope that Troy finds themselves a nice, big vendor capable of matching their previous sales expectations, and soon. Honestly, it shouldn’t be too hard to find a company not currently in want of AR-15 carbines.