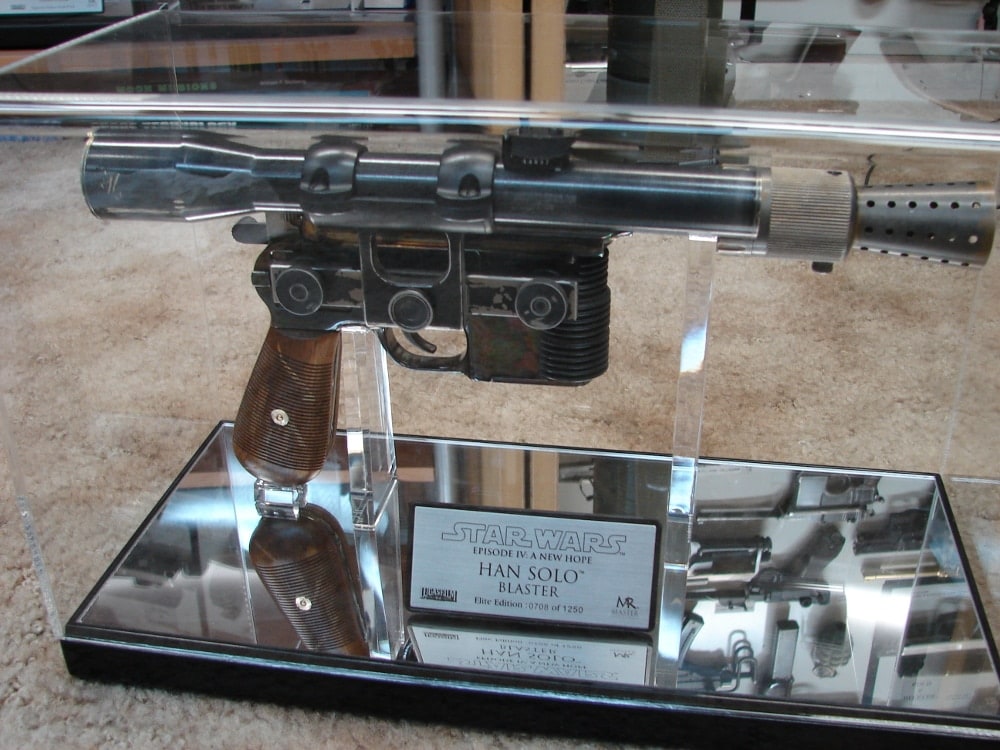 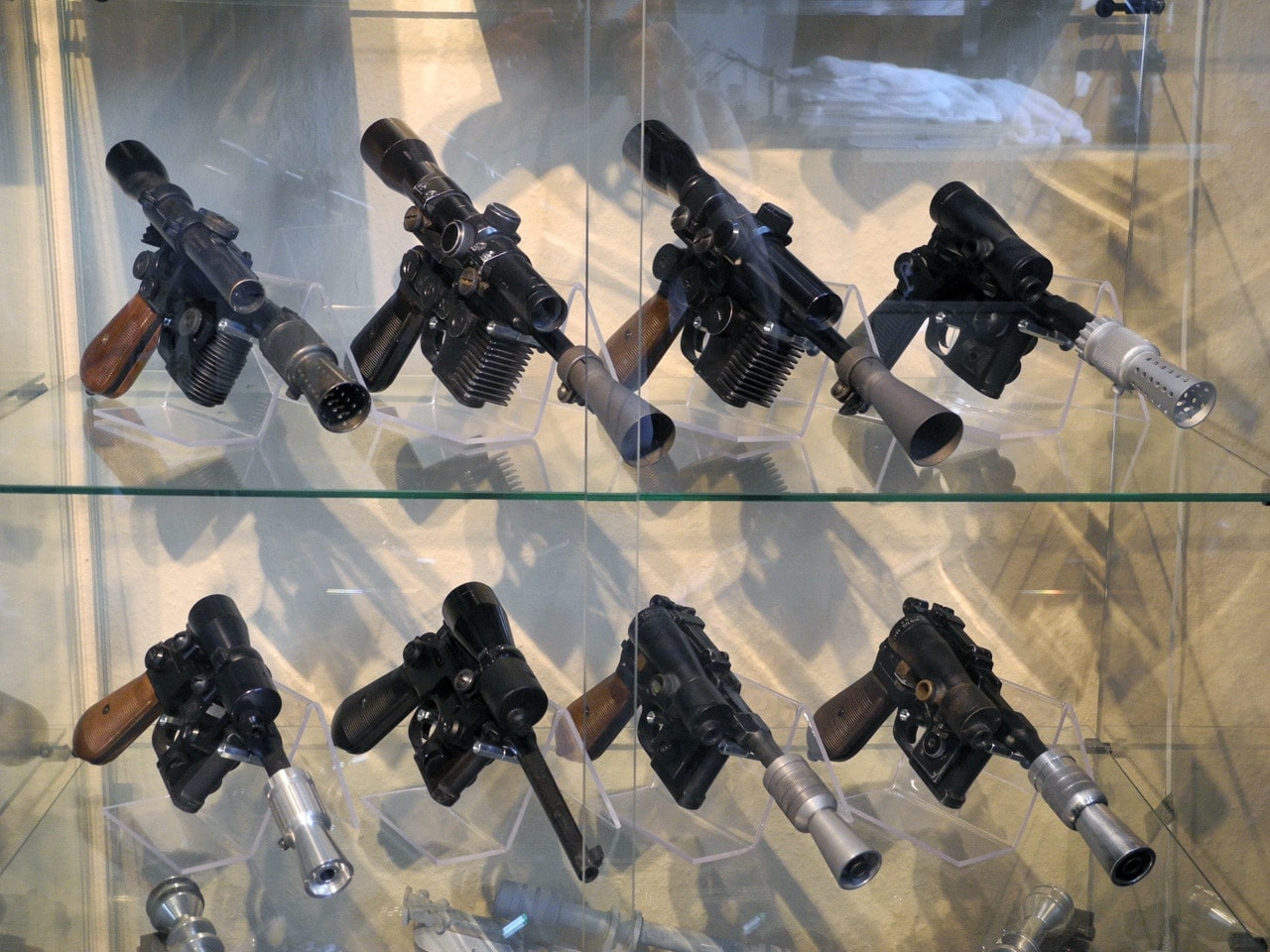 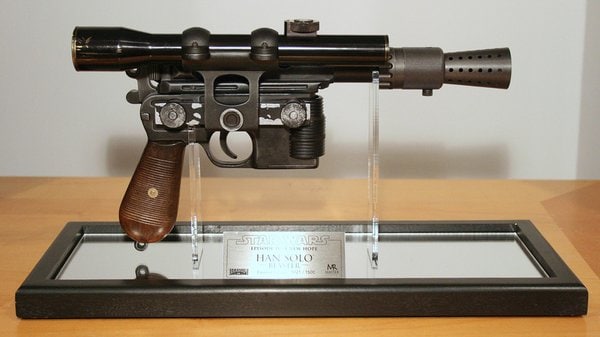 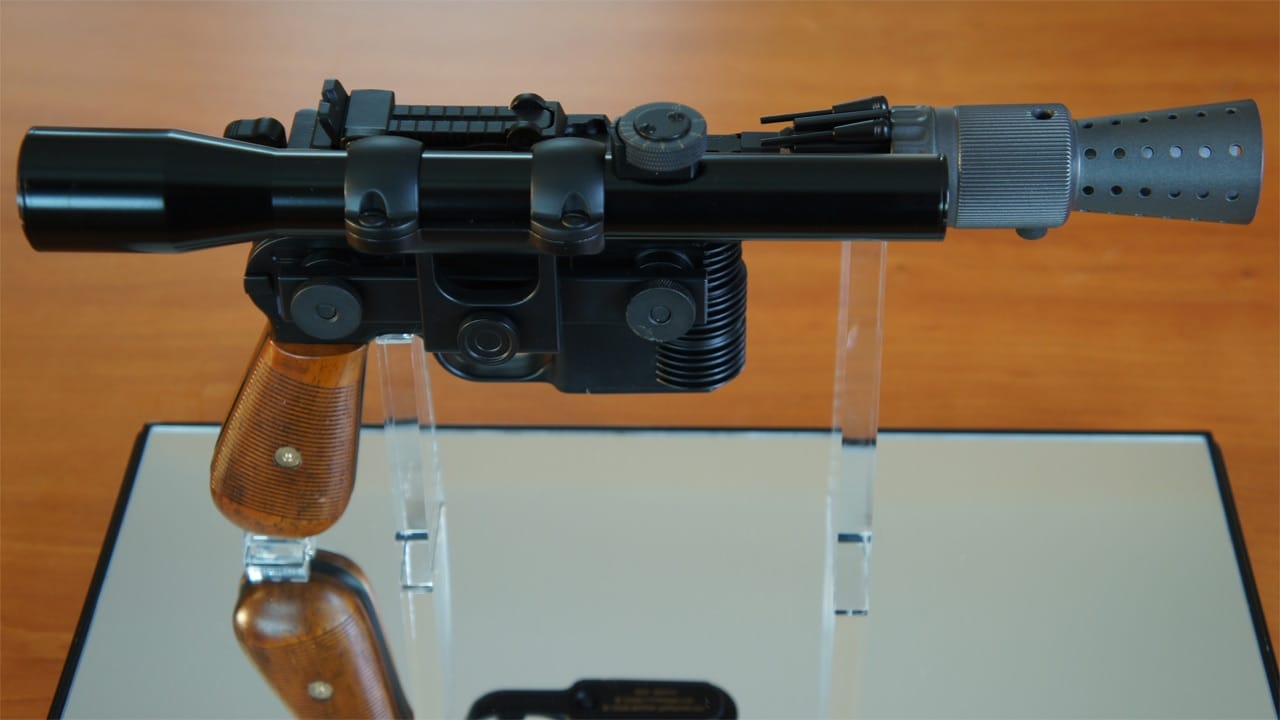 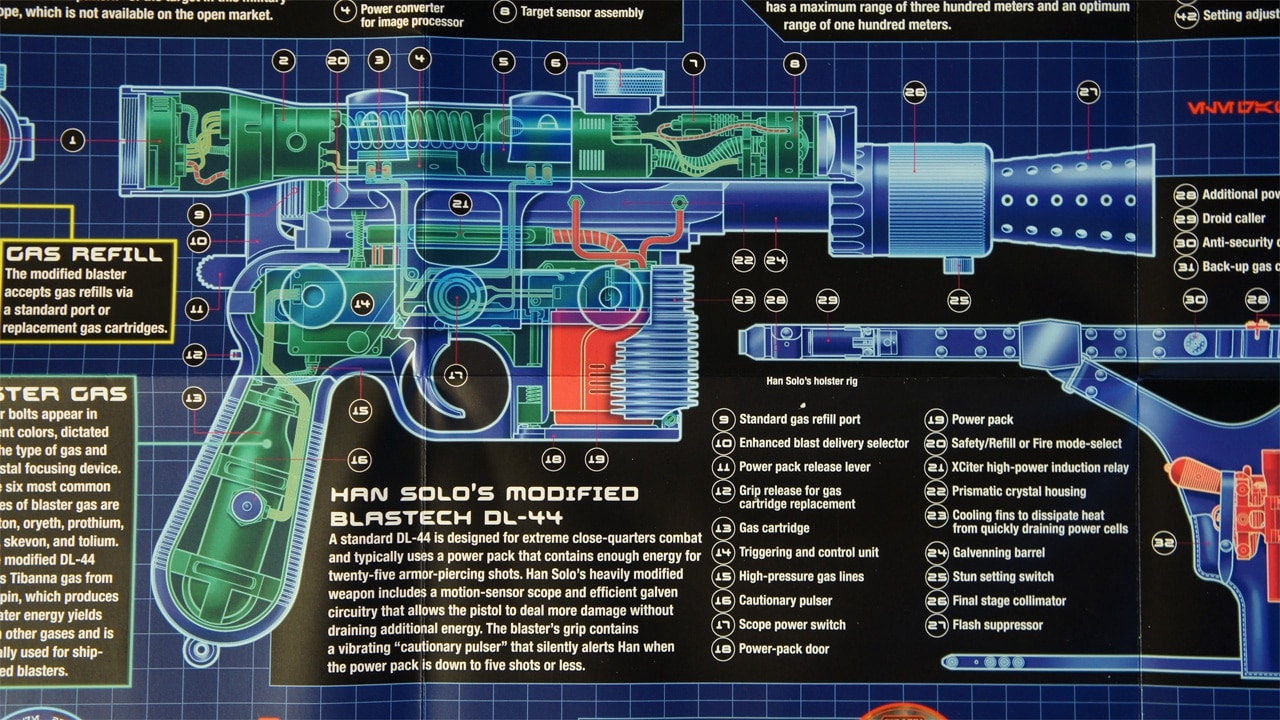 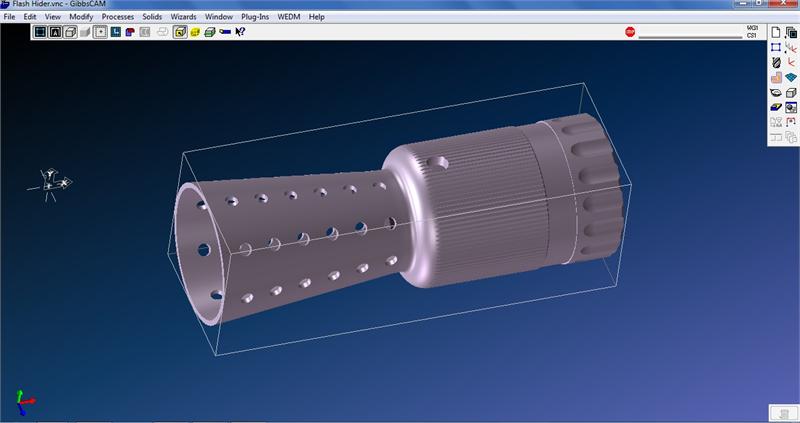 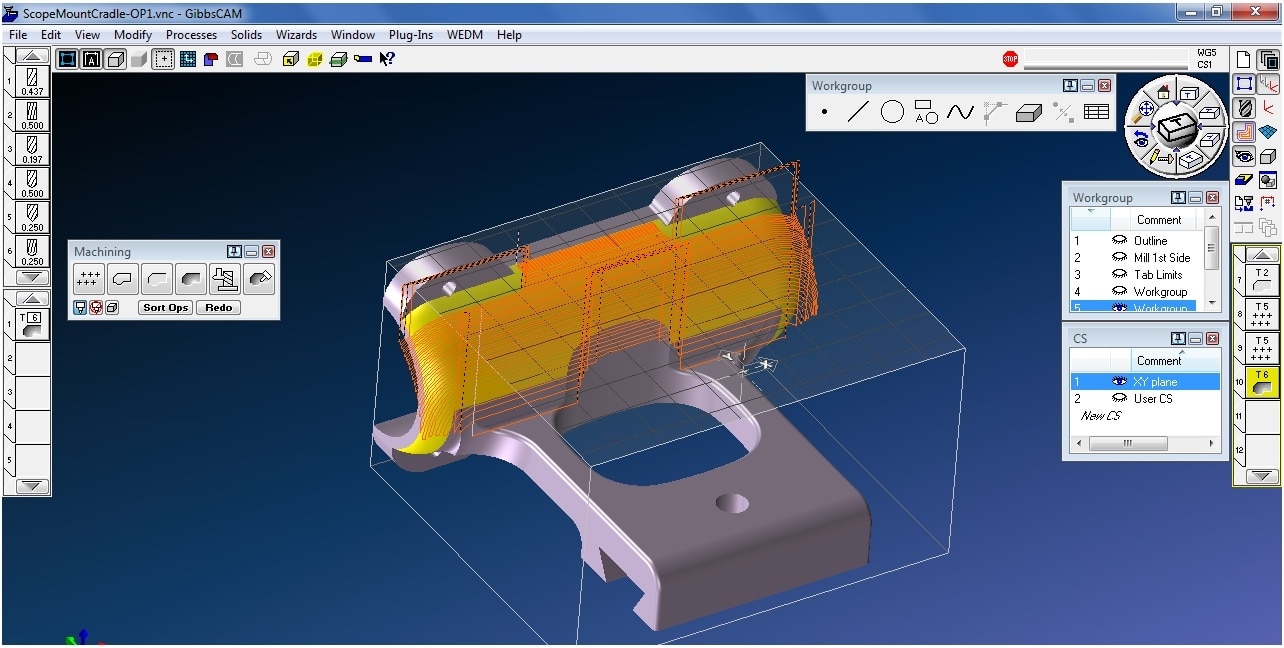 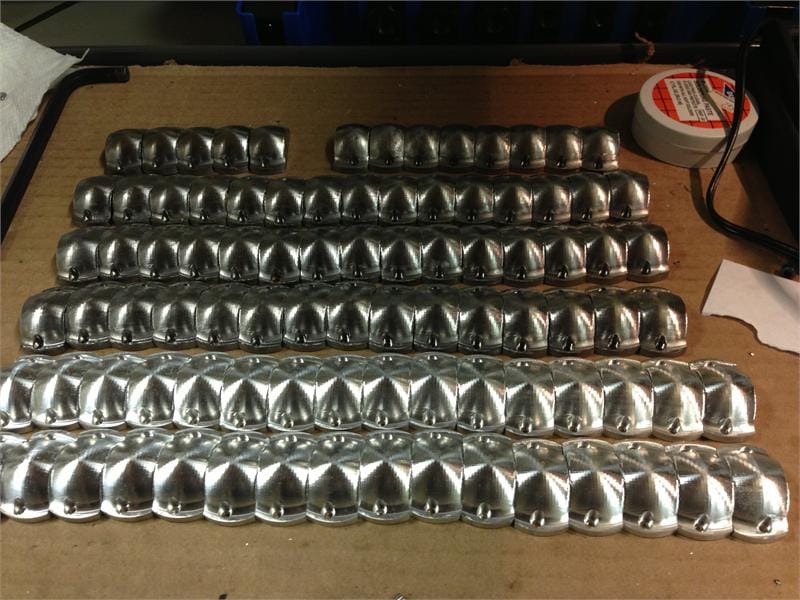 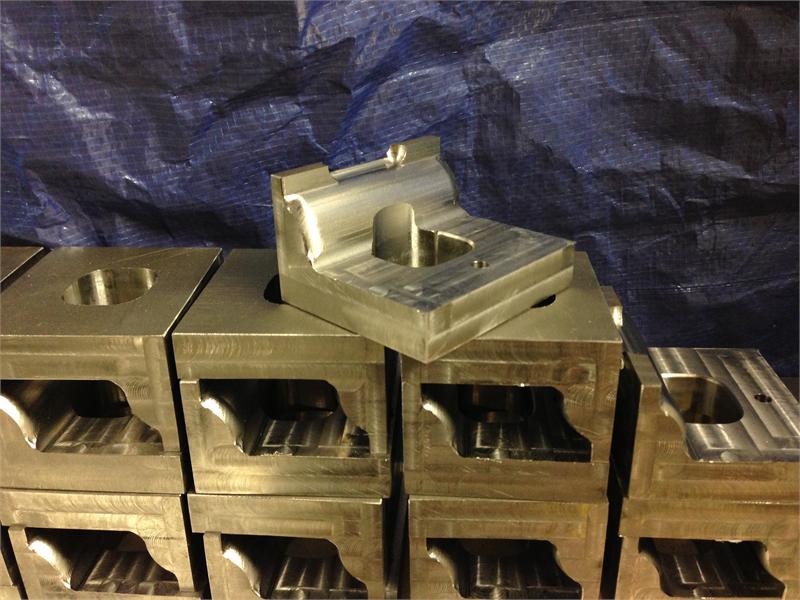 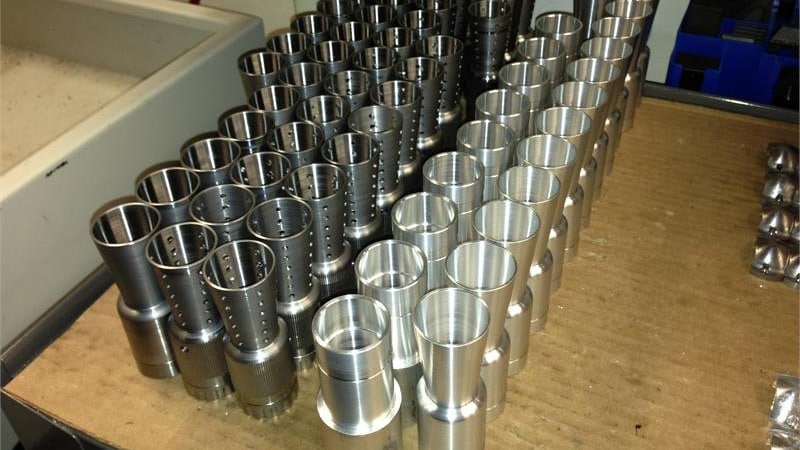 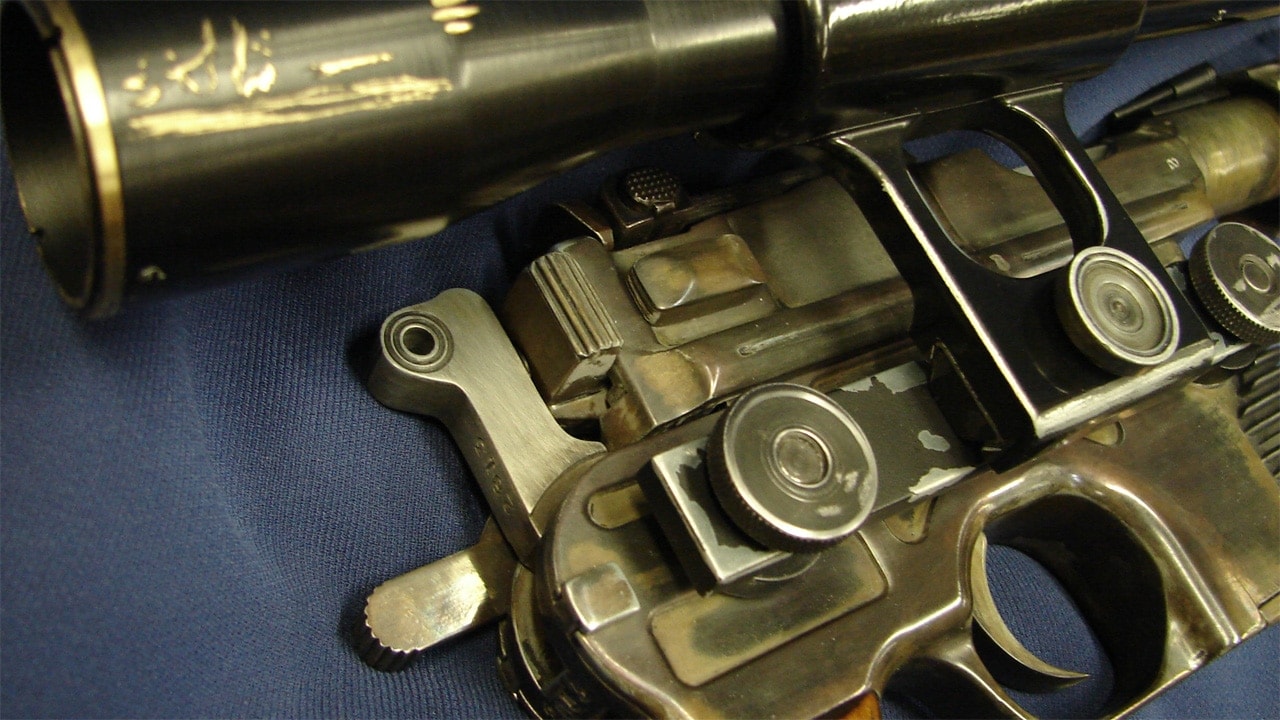 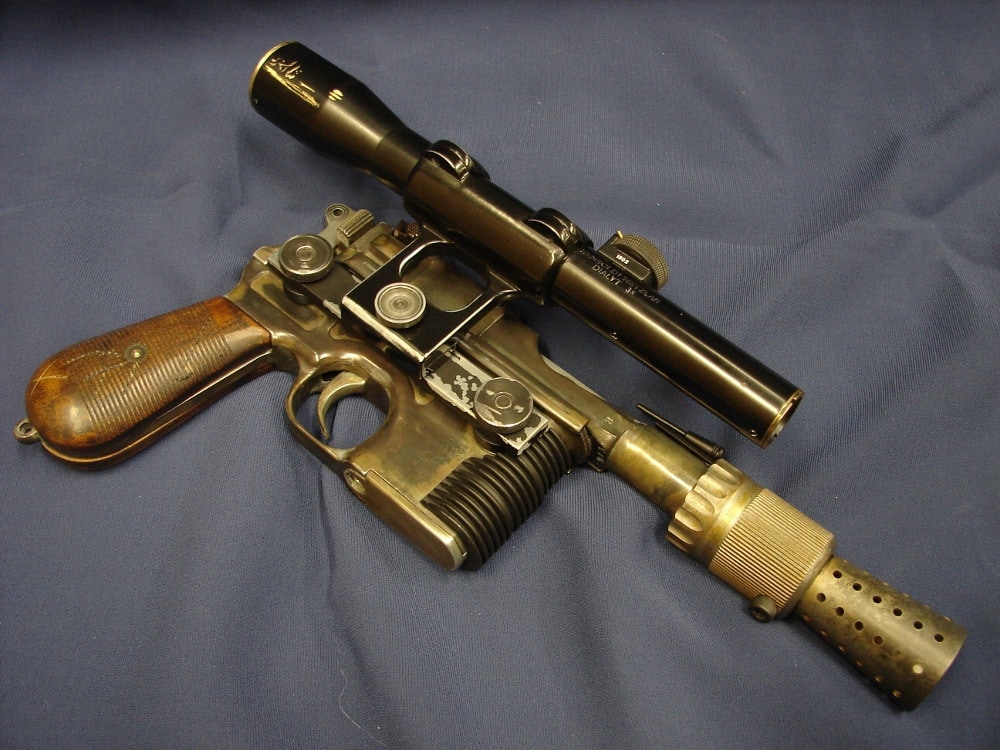 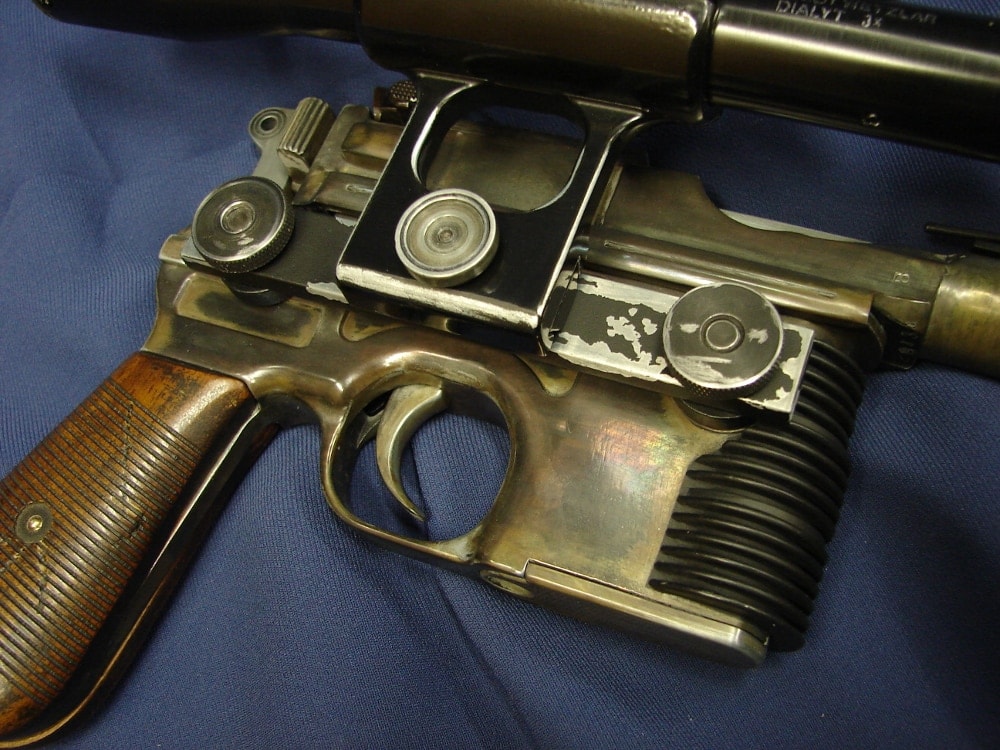 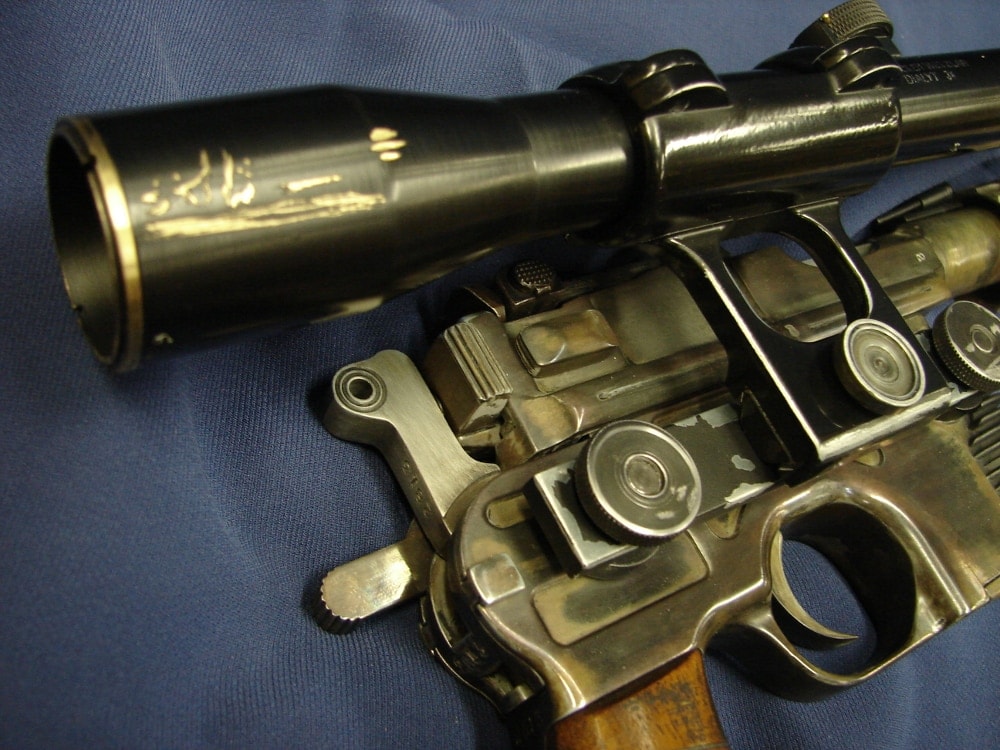 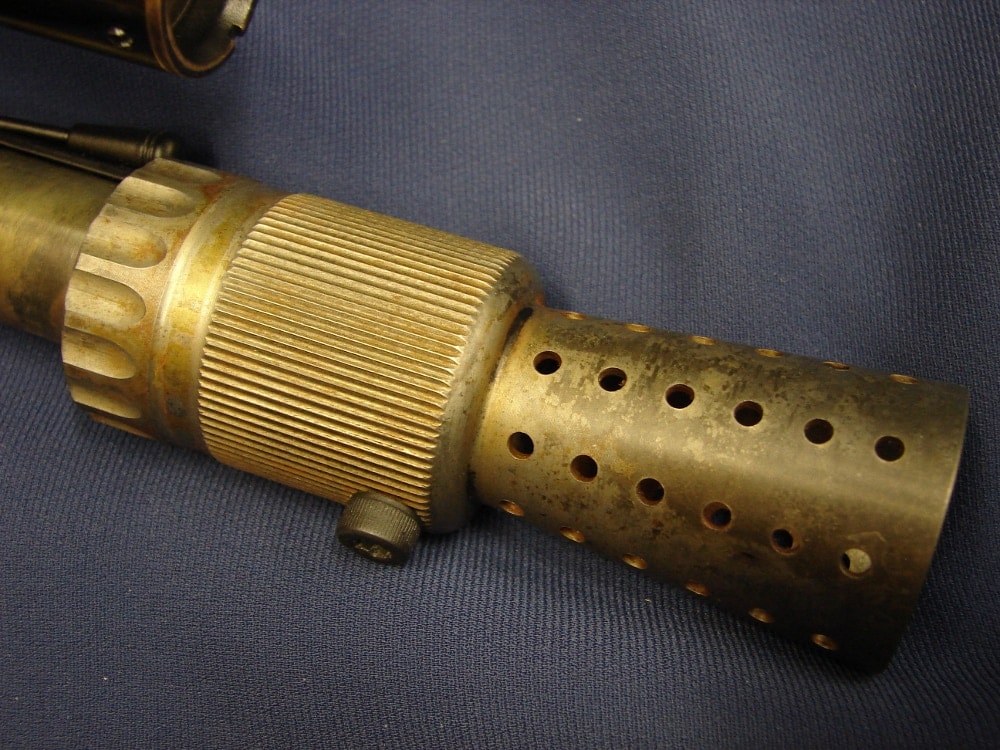 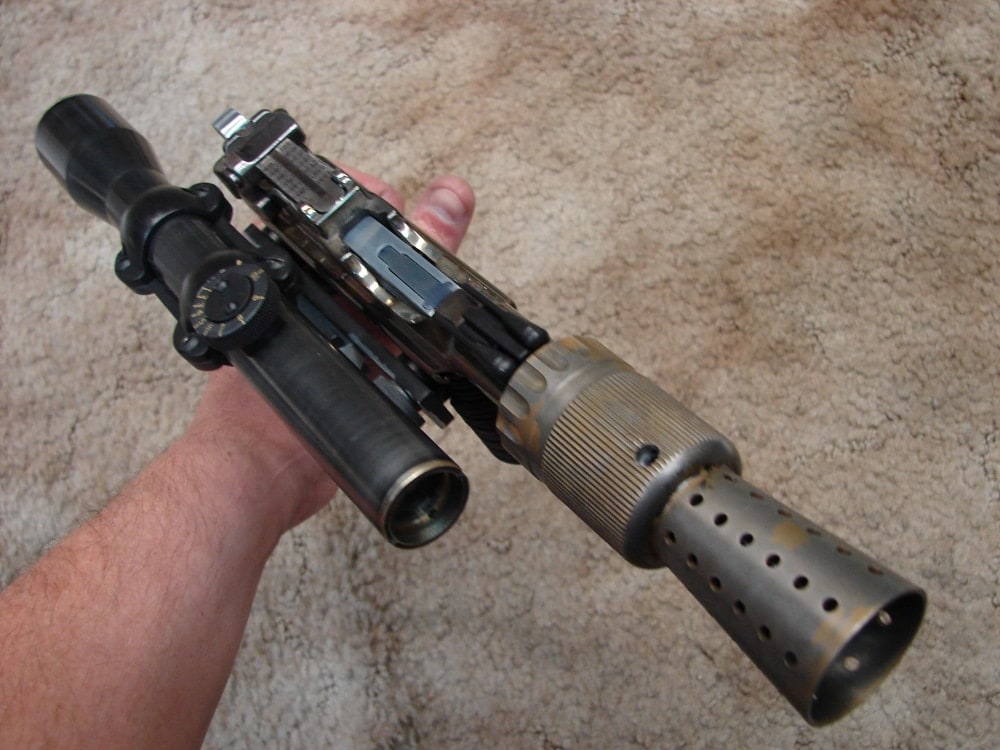 These are part of an even bigger gallery of photos from the article “How Obsessive Fans Built a Better Han Solo Blaster”.

“Anybody in this business will tell you: if you saw the props as they appeared on screen, you would think they were crap. Props in movies and TV were not built to do anything but satisfy the camera. In person, a stunt weapon will really look terrible since the prop master had two weeks to create 200 guns. So “screen accurate” isn’t about being a duplicate of the prop you saw on screen. We want to make what you saw in your head, and that’s a much higher standard.”

The importance of weathering a replica–painting it so it looks old and used–can’t be ignored, as it’s also a heavily personal preference. Trevas likes his prop replicas weathered as he thinks the original prop maker intended, but stops short of making pieces crooked on purpose or including glue drips or other unintentional defects that occurred during film production. Case says personal preference has a mysterious effect on how a replica turns out: “The more interested you are in that particular prop and the more that’s figured out about it, the more your taste will change and evolve for that prop over time. I know mine certainly has.”

How to weather and finish a project is one of the toughest decisions in replica prop making, especially since it’s the final step of a long and expensive journey. “Weathering can be a tough thing to do after spending hundreds of dollars on rare real-world pieces or custom machined brand new parts,” says Trevas. It’s also never as simple as putting paint on metal. To improve the Elite Edition DL-44 blasters that his defunct company once sold, Steve Dymszo had to strip the collectible down to its bare components and basically rebuild it from scratch:

“I stripped it completely down to the bare metal. This involved soaking in acetone, motorized wire brushes, sandpaper, X-acto blades, files, wounds, crying, and lots of suffering. I then machine-scotchbrited and machine-polished each part to a mirror finish and blued all of the parts to give them the proper patina. The bluing knocks some of the gloss down, so the parts dulled down to the proper level when I was done.

The whole thing is in-depth like you wouldn’t believe. If you like “Star Wars”, amateur gunsmithing, and just cool stories, you need to read the whole thing. Set aside some time, because it’s not brief.

Oh, and here, you’ll appreciate knowing this going in.