The SCAR rifle was developed by FNH for the Army’s Individual Carbine Competition, and while it hasn’t had widespread adoption or won many contracts, it has dug in footholds in certain military and law enforcement circles as well as a chunk of the commercial market.

Although in many ways it has arguably improved over the AR-15 platform and its derivatives, as it uses a short-stroke gas piston system and has a folding buttstock, to name a couple of things, it simply doesn’t have the aftermarket that the AR has, nor the flexibility that comes with it.

One of the main complaints about the SCAR is the short rails it comes with. For anyone who truly needs a lot of railed real estate, this by itself could be a dealbreaker.

So it’s a good thing that Midwest Industries is turning their aluminum magic on the SCAR. They’ve developed a drop-in quad rail that mounts forward of the front sight gas piston block all the way along the bottom of the SCAR’s forearm.

Naturally, it matches the curves and aesthetics of the SCAR, and it weighs just half a pound.

We’re big fans of Midwest Industries’ furniture, it’s sturdy, dependable, reasonably-priced and always lightweight. The SCAR handguard doesn’t look like it’s going to fail in any of those respects. The current price tag is $200. 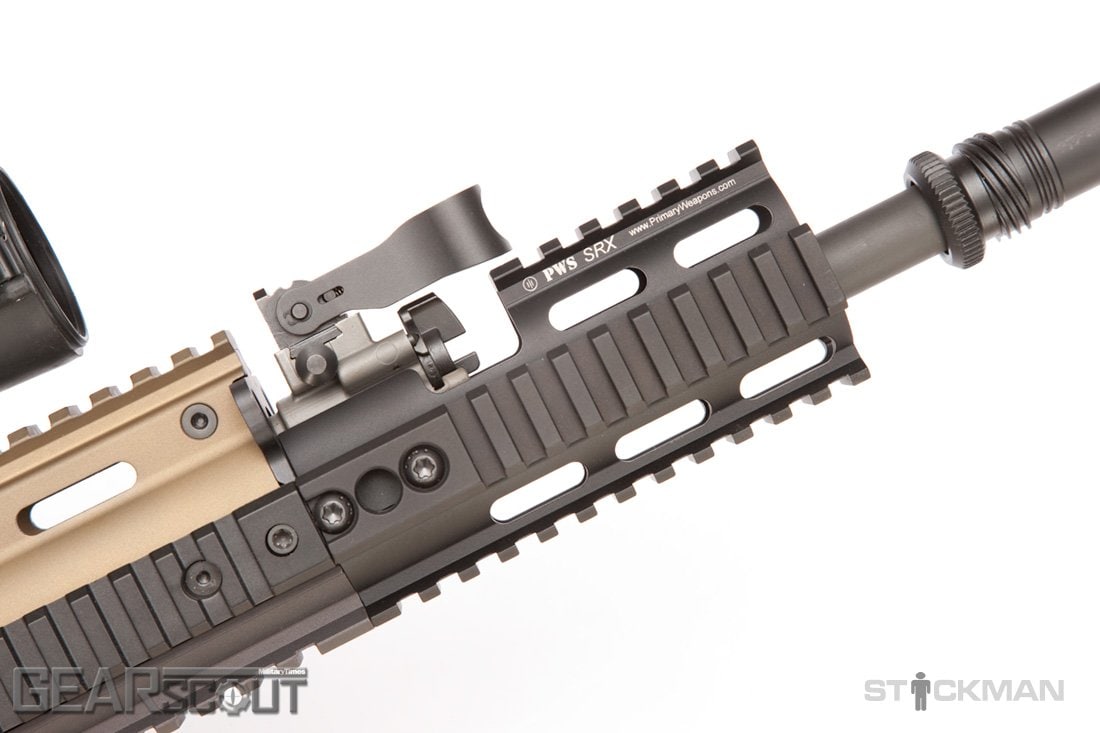 VLTOR has their own two-piece version that runs a little over $300 with the forward extension, so it’s not exactly competitive, although they do make a buttstock that feels significantly sturdier than the factory side-folder.

The SCAR may not have the market share as the AR or AK or any number of other rifles that have had literally decades to get popular, but it’s growing more and more common every day.

The aftermarket for it is starting to build up steam, too, making it even more appealing. This handguard by Midwest Industries may be the most popular yet.