If you hadn’t realized, Guns.com has a strange fascination with old mailorder guns and keeping in the spirit of things I recently acquired a relatively obscure, economical 12-gauge shotgun called the NATO Gamebird Model 10. If you’ve ever tried to gather information on this gun than you’ll know it can be rather trying, but interesting. The company “NATO” was not necessarily a firearms company in and of itself (or connected to an alliance of countries either), but rather a mixture of different manufacturers who built guns specifically for Montgomery Ward in the 1960s.

In the end, however, Smith & Wesson gets credit for manufacturing the Gamebird Model 10, but the model was actually designed by Noble Arms. Smith & Wesson bought the rights to Noble’s shotguns and created the Model 916, which was based on Noble’s Model 66 and eventually developed to become the Model 10. While it looks like your basic, run-of-the-mill shotgun, it does have the engravings and the polish of something more. Perhaps a superficial attempt at prestige, but an attempt none-the-less. While it’s no Mossberg or Remington, a traditionally designed pump-action shotgun can be all that messed up. Can it? 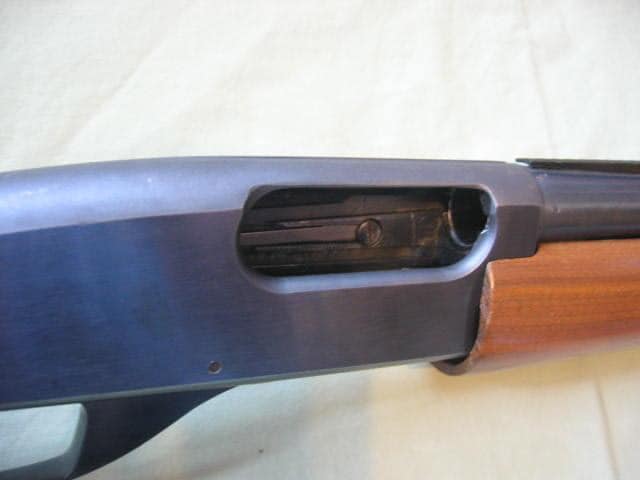 The NATO Gamebird Model 10 was primarily sold via mailorder catalogs. Most major retailers of the time sold store-brand guns, which were actually produced by major manufacturers . (Photo credit: Gun Auction)

Noble operated from the early 1950s to the early ‘70s when Smith & Wesson bought them out. Many consider the shotguns to be low grade because they’re made with less than quality materials. Many complained that the pumps often failed and that the parts were made of “pot metal,” but they were affordable guns and because of that they sold very well at a time when mailorder guns were popular.

The NATO Model 10 features a 28-inch vent ribbed barrel, a 3-inch chamber, decent looking wood furniture with some checkering on the stock, and a really nice butt pad for your shoulder – in fact the buttpad might be the nicest thing about the gun.

A need to know performance and price

The Model 10 in my possession probably hadn’t been used or properly maintained in about 20 years, but the only real issue I had was that the slide would stick. Otherwise the actual stock and pump felt pretty nice, and there’s even some pin striping on the butt near the pad. 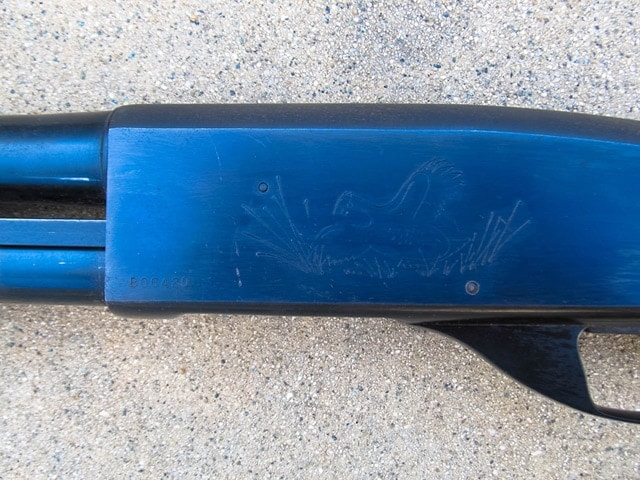 While the metal components felt like “pot metal”, the manufacturers spruced things up with engravings and nice checkering on the furniture. (Photo credit: Derek Odom)

Otherwise, the Model 10 shoots as well as any traditional pump-action shotgun and there are many owners who claim to be satisfied with its performance.

When compared to a Mossberg or a Remington and it just doesn’t match up. It doesn’t have a sturdy feel to it. Again the metal felt kinda cheap and while most shotguns will rattle when shaken this one just felt really freaking rickety.

But the NATO Gamebird usually sells for less than $150, in fact I have seen auctions end in the $80-range for Model 10s in very good shape. However, available parts are next to nil for these suckers, but since the initial investment is so low that shouldn’t be much of a concern. Bear in mind that some owners claim to have had his or her Model 10 since new and have shot thousands of trouble-free rounds through it.

If you have the opportunity to buy a NATO Gamebird, know that you won’t be getting something on par with a Mossberg or Remington. The quality just isn’t there.

I would say, however, that if you run across one and it’s in the $100 range, snap it up, give it a good oiling, and blast it for as long as it lasts. I feel this would be a great starter, truck or range gun. Or if you’re like us perhaps you’d like indulge a strange fascination.