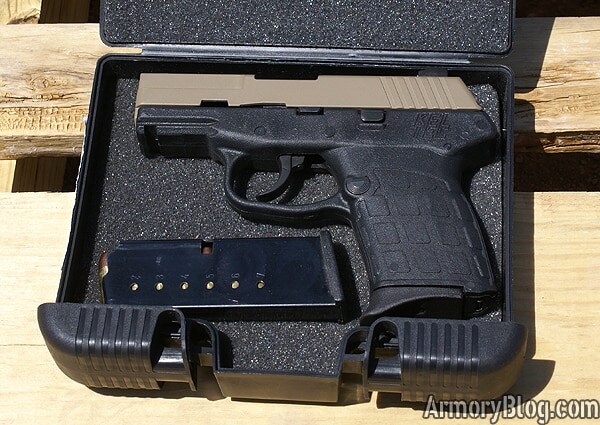 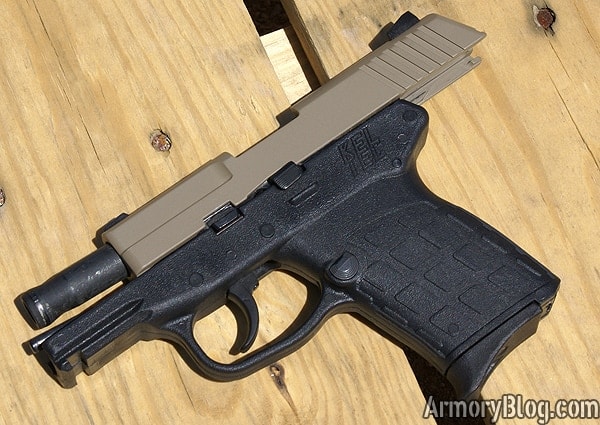 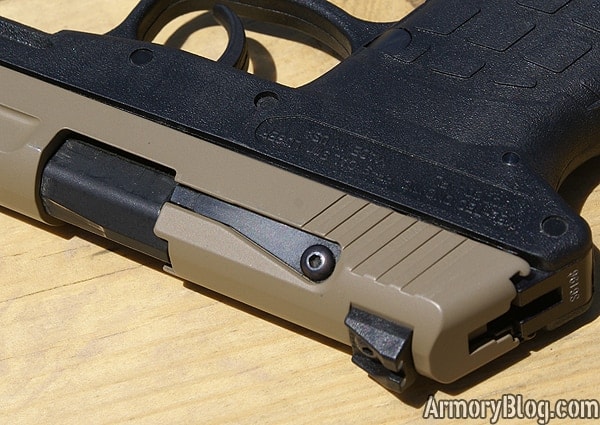 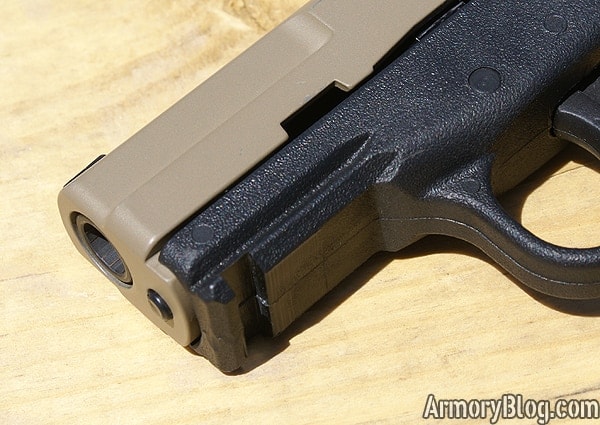 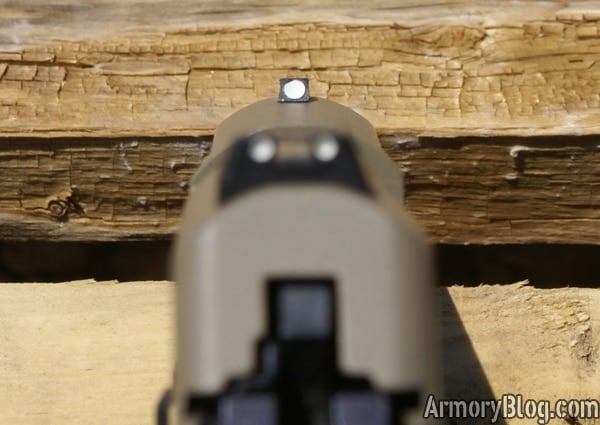 Over at the Armory Blog they had a fine time with their tan and black PF-9, lightweight subcompact single-stack 9mm that it is.

Bridging the gap of sub-compact and a pocket pistol size, the Kel Tec PF-9 is the ideal pistol to fit the bill. The Kel Tec PF-9′s stainless steel slide and polymer frame allows this line of pistols to be the flattest and lightest 9x19mm Parabellum in mass-production. Along with a 7+1 single stacked magazine capacity, Kel Tec’s PF-9 outclasses all the other mass-produced pistols in the same category.

While consistently concealed carrying a PF-9 for well-over six months, I have came up with a proper assessment. Some of the key points that stood out and appealed to me was that the dimensions of the pistol, it’s very compact and fit my hand perfectly (your results may vary) which made me pretty confident while conceal carrying it.

The Kel Tec PF-9 is a comfortable and concealable pistol with a formidable 9mm bite. With a bit of practice, the trigger system became a lot more comfortable to use. I strongly recommend this pistol for concealed carry, as a back-up pistol, or for “smaller” framed shooters. The affordable price tag, under $300, makes personal safety affordable and readily available.

But then it can’t be bright and shiny everywhere; this story we found on Reddit is the sort of thing that makes people swear off Kel-Tec for life:

[My] Keltec PF-9 barrel lug broke off after 300ish rounds. Keltec is going to fix it for free after I send them the slide and Barrel. 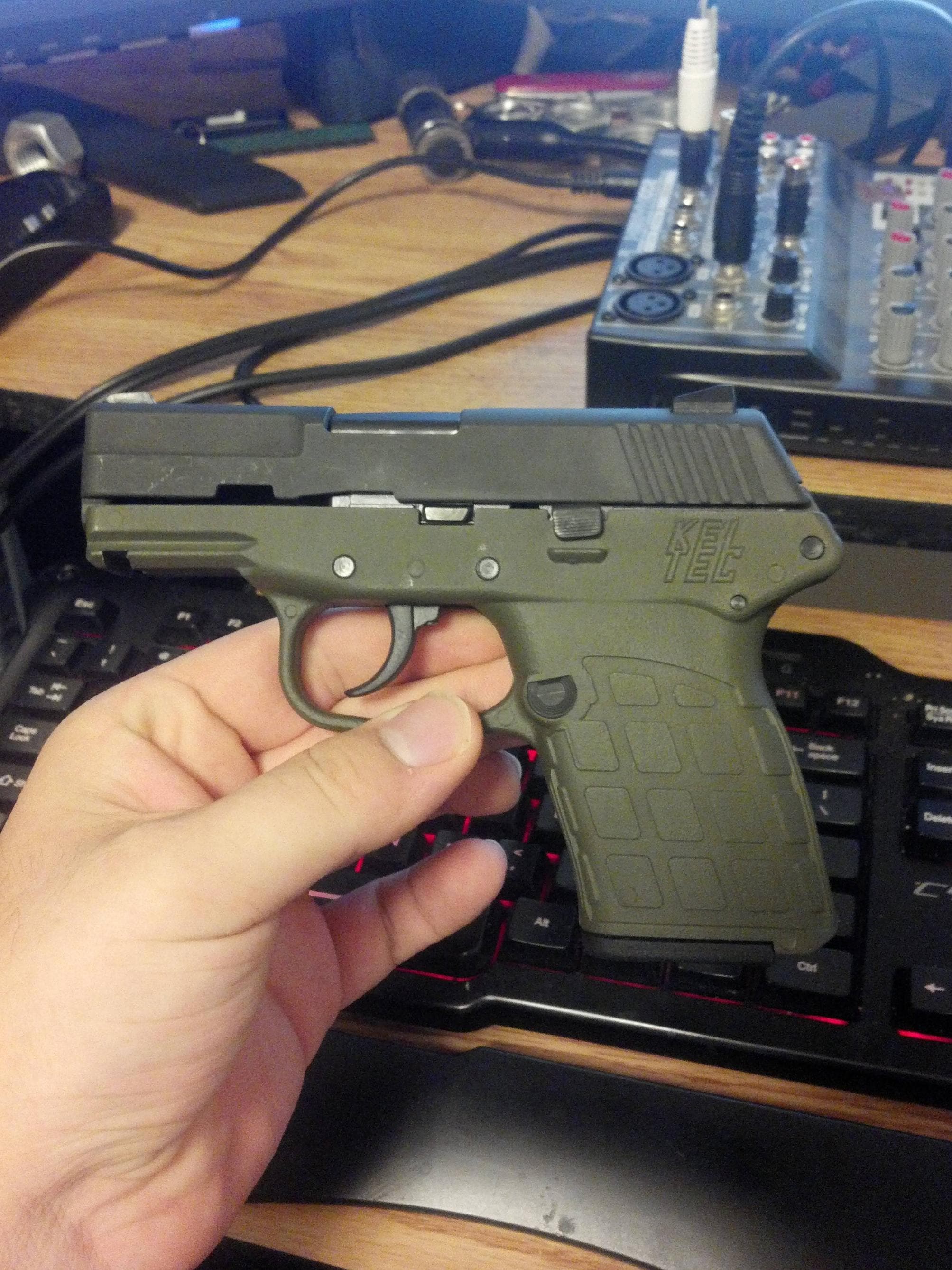 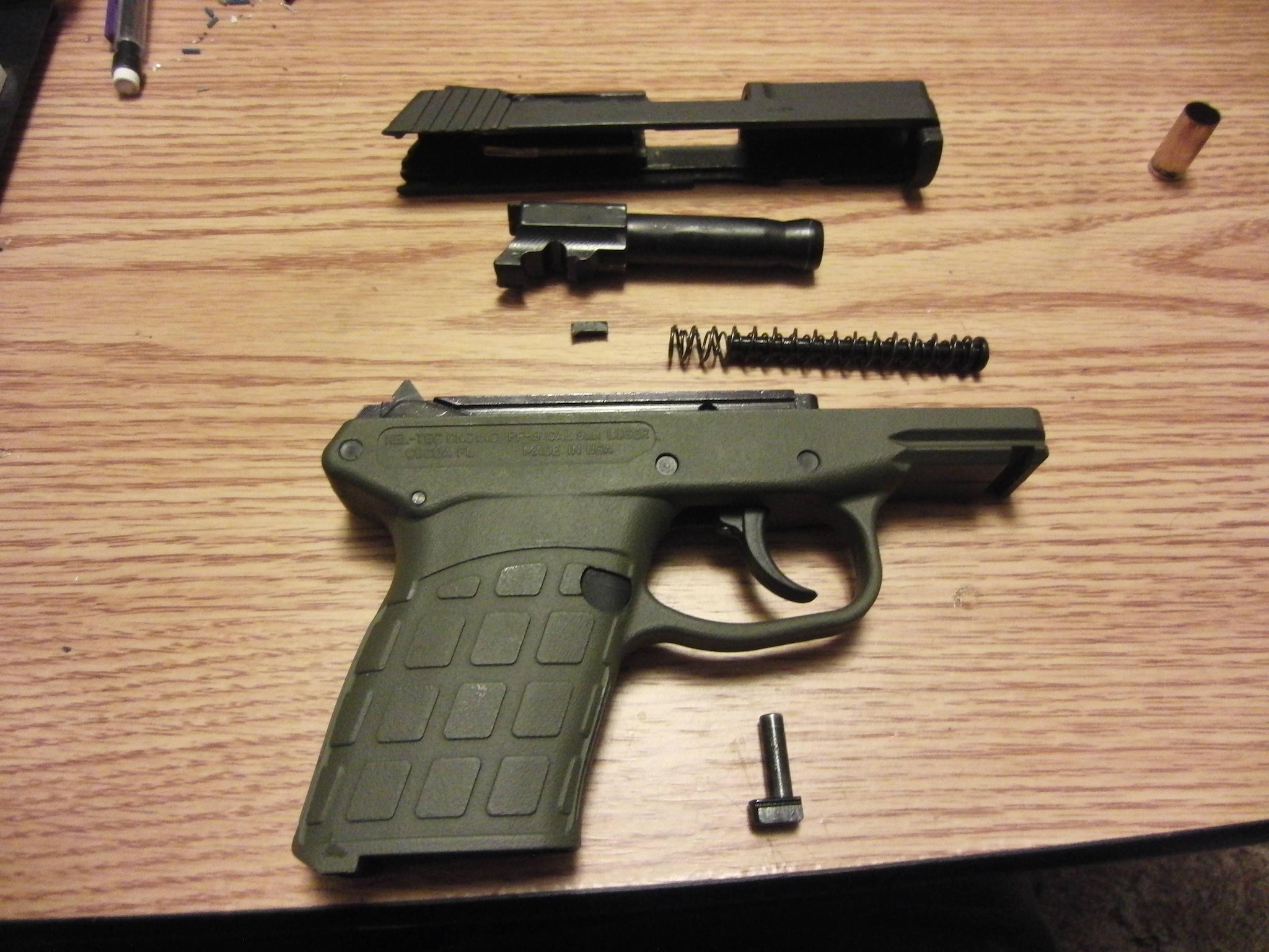 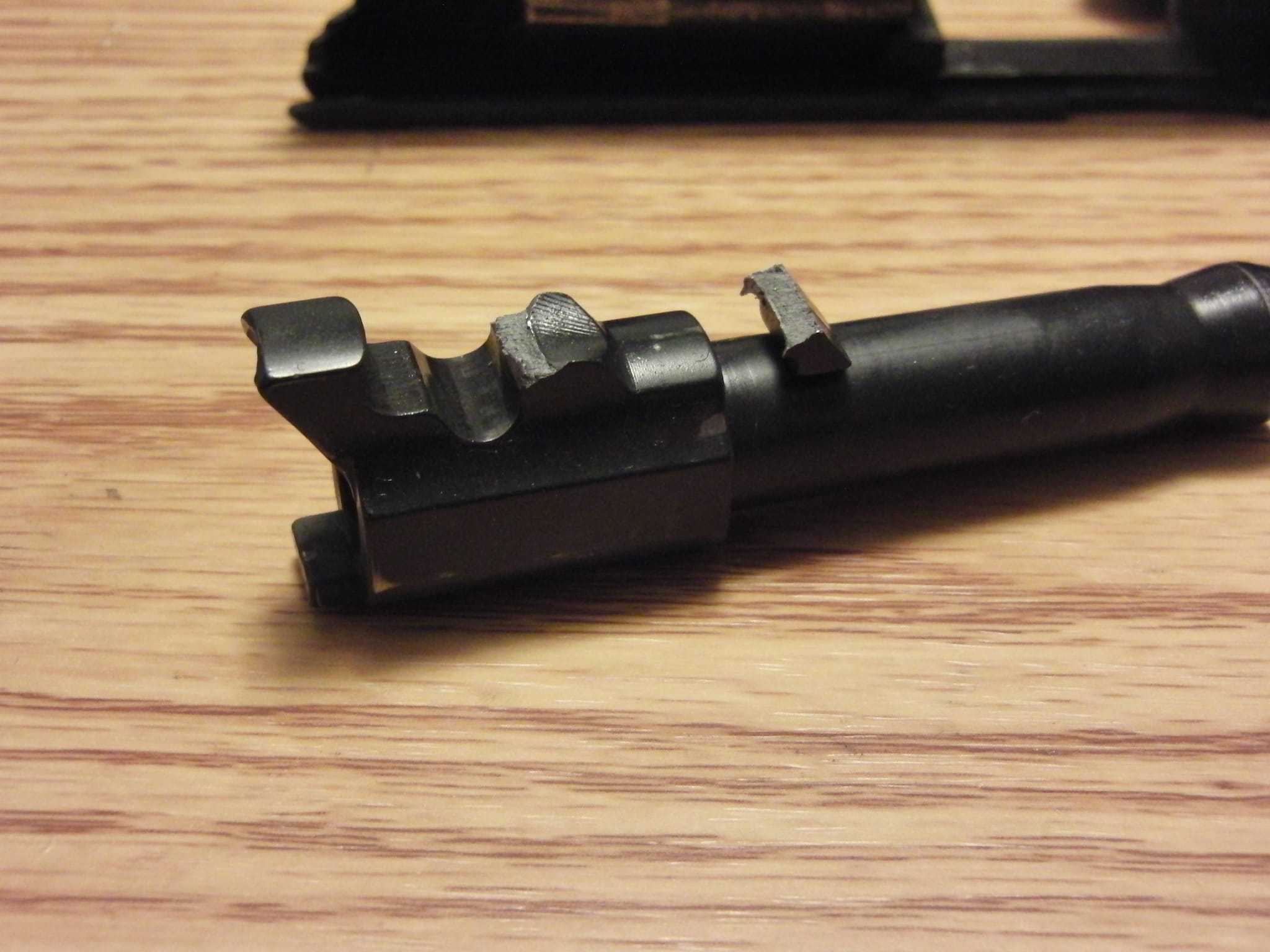 We managed to lock the slide back again and this time I took the gun apart. Inside the frame I found the barrel lug had broken off causing the barrel not to drop down when fired, or when the slide is retracted.

I placed a call to Kel Tec, I was connected within 4 minutes. The person helping me was very friendly and knowledgeable about my firearm. She informed me that they had a batch of PF-9 barrels that had weak lugs and were just now surfacing after they had been shot an extended amount of time. She said that all I needed to do was ship the slide and barrel to them with a letter including my information and detailing the problem. They will fix it for me for free and return it with a new barrel.

She also took my mailing address and said she would immediately ship out a new hammer spring for the pistol in case that is what is causing my light strikes.

What say you of Kel-Tec handguns?