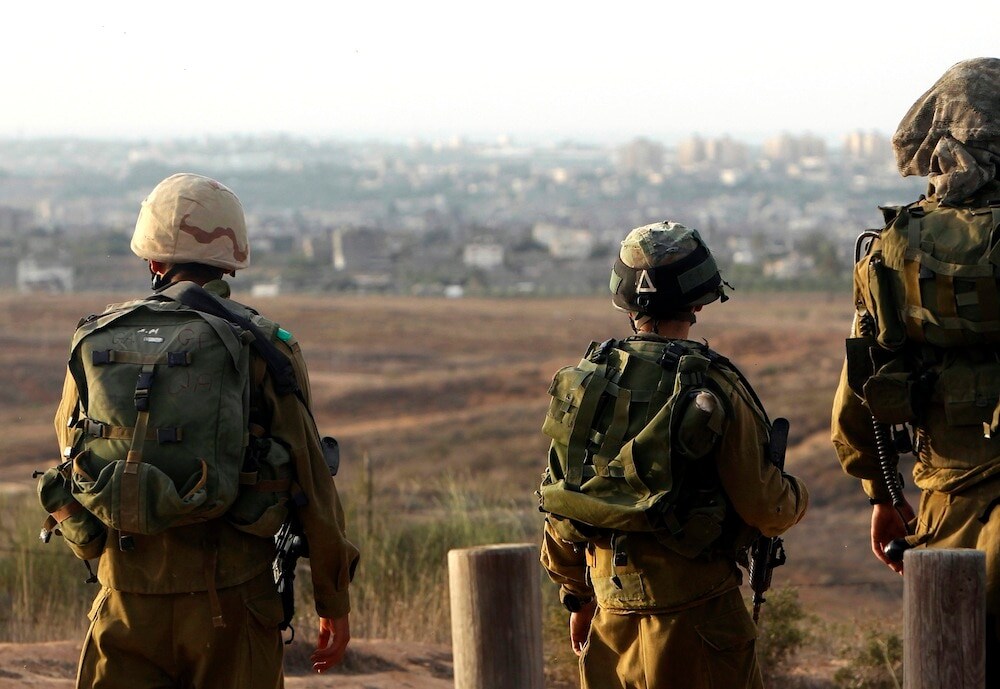 The Israeli military is absolutely taken with the new Tavor rifle platform. This new carbine with a bullpup design was developed to replace their aging supply of M16s in service. They are expediting deployment of the rifle, putting them into the hands of reserve units following the recent and controversial Operation Pillar of Defense.

Initially, the reserves were supplied with the M16s, the same infantry rifles replaced by the Tavor TAR-21 now in service. However, after ending operations in the Gaza strip, the Israeli military is hastening the bullpup’s deployment to the rest of the military.

Since it was introduced to the IDF in 2009, Tavor rifles have almost entirely replaced the M16 as the standard infantry rifle.

The current version of the Tavor is the TAR-21, which is a 5.56 NATO rifle with an 18-inch barrel. In the future, the IDF plans on making the Micro Tavor or MTAR-21, aka X95, the standard infantry carbine. The MTAR-21 is a 9mm Tavor with a 13-inch barrel. It is five inches shorter (23 inches overall) and 3/4 pound lighter (6.5 pounds) in this configuration.

It only takes a simple conversion kit to re-chamber the Tavor for 9mm, or any other intermediate or pistol cartridge. There is already a 5.45x39mm conversion kit in the works for export, as the Tavor is being adopted by other militaries retiring their AK-74-type rifles. There are also kits to reverse the controls and case ejection for Tavors, meaning that it can be made for both right- and left-handed shooters.

Several variants of the Tavor are going into production here in the United States. Israeli Weapon Industries, the Tavor’s manufacturer, has recently established a manufacturing facility in Harrisburg, Pennsylvania, to make Tavors for the U.S. market.

IWI U.S. will initially offer six versions of Tavor for the commercial market, carbines with 16.5- and 18-inch barrels in black and flat dark earth, a left-handed carbine and one version that comes with a Mepro-21 tritium/fiber-optic-powered reflex sight. 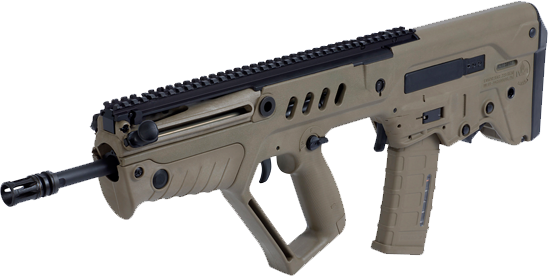 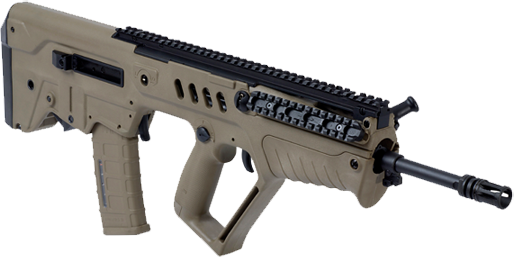 The flattop rifles without optics have an MSRP of $2,000 and the one equipped with the optic will retail for $2,600.

It’s safe to say that people all over the world can’t wait to get their hands on these new bullpups.

Operation Pillar of Defense was Israel’s response to the Palestinian rocket attacks last November. Palestinian groups fired over 100 rockets into territory surrounding the Gaza Strip in just one day. Israel responded with over 1,500 strikes against Palestinian targets in the following week.