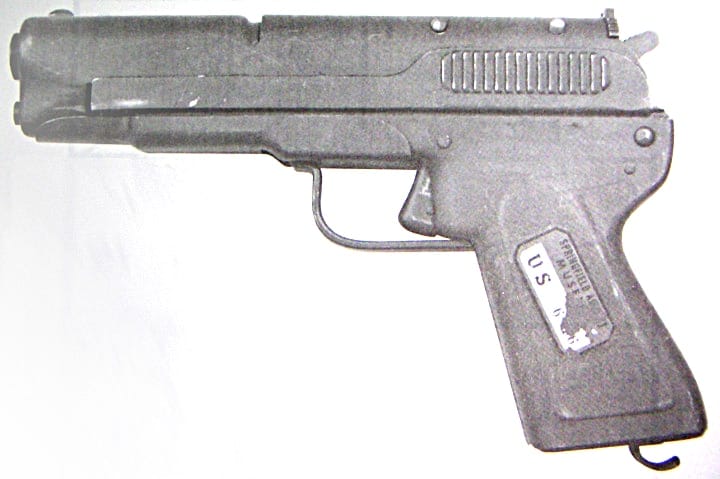 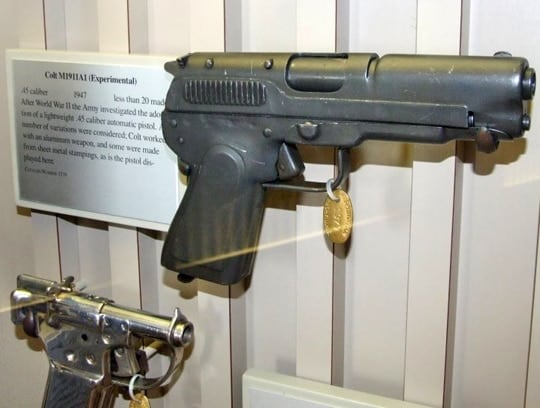 The Firearm Blog found an interesting bit of history, a stamped sheet steel 1911:

Internet Story Version 1: During World War Two, Guide Lamp developed the pistol alongside the FP-45 “Liberator” to drop behind enemy lines en masse. The idea was for freedom fighters to shoot German sentries (probably while they were doubled over in laughter after glimpsing the pistol) and thus grab some Nazi long guns and ammo. The project was canceled when it became clear that mass-produced Sten submachine guns would be the air-dropped weapon of choice. Using the Stens would reduce casualties for the French Resistance, and laughter for their German occupiers.

Internet Story Version 2: Guide Lamp started development post World War Two, in 1947. It seems the US Army, impressed with the simplicity of stamped 9mms recovered in Germany, wanted to explore stamped steel technology to produce a lighter weight sidearm. Guide Lamp’s M3 “grease gun” was already a great success in terms of weight and simplicity compared to the Thompson of the same caliber, and it was hoped that similar gains could be realized with a pistol. The project was deemed a failure when the stamped 1911 tipped the scales at 51 ounces (a standard G.I. 1911 coming in at only 39 ounces).

As cool as this little machine is, it’s not hard to see why it never entered any type of serious production. Namely that it weighs 22 ounces more than a standard 1911 at 51 ounces, or 3.2 pounds. A pound or two more and it would enter the .45 ACP carbine territory, which would have been much more useful as a resistance weapon.

We found another interesting 1911 in the search for more photos of this unicorn, the “Brastil” 1911, another experiment in alternate 1911 design, using a brass alloy frame and slide. 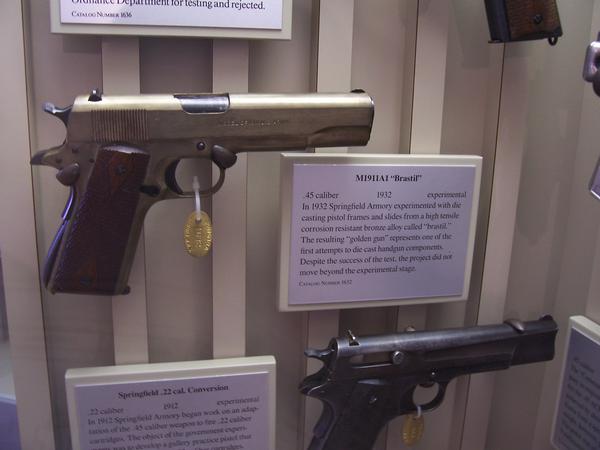 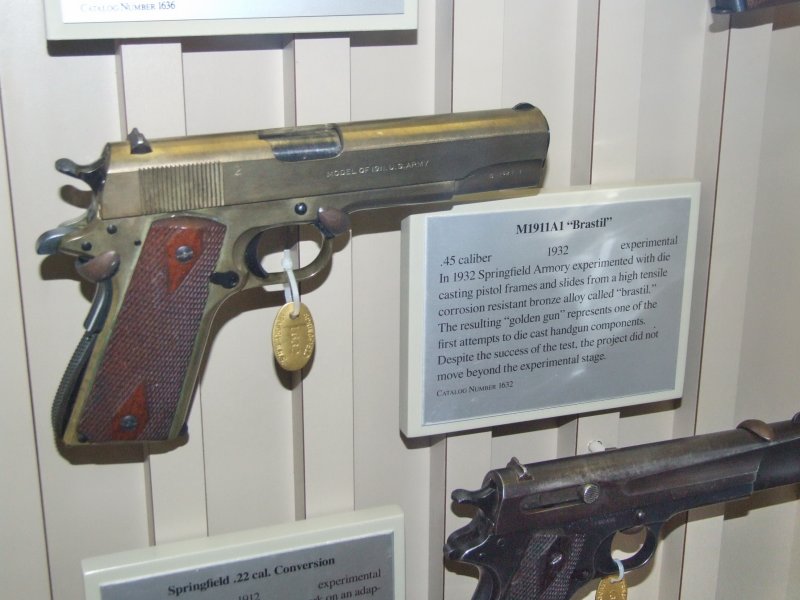 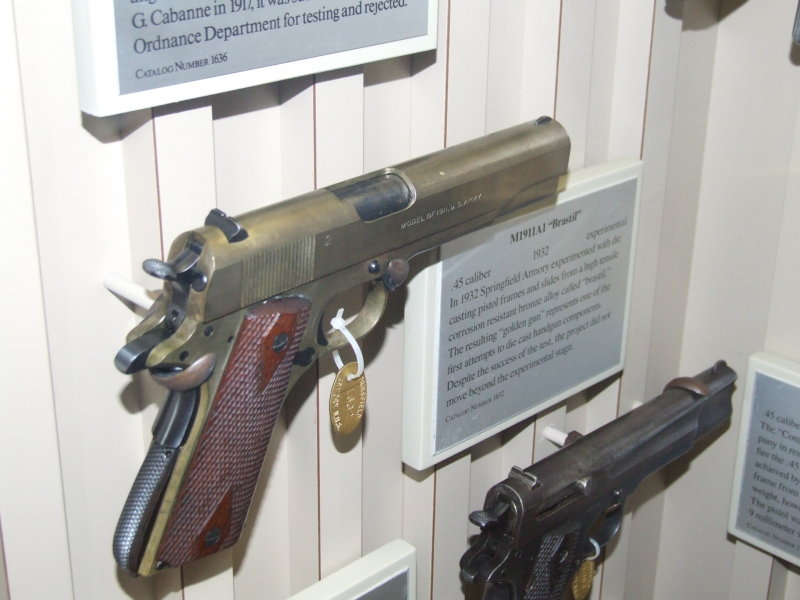 Without a doubt neato guns, we still can’t wait for Rock River Arms to bring their polymer-and-steel 1911s to market. 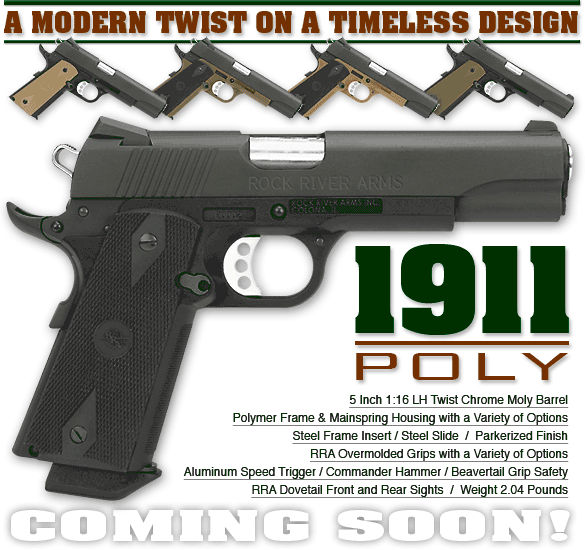