If you ask most shooters what they would consider to be a defensive long gun, the answer you will likely hear back will be an AR-15 rifle of some sort or perhaps a nice, reliable pump action shotgun. If you ask about handguns, the response will likely be a something like a Glock pistol or maybe a small pocket gun like a Ruger LCP or a snub nosed concealed carry revolver.  But we’re not most shooters and there are some other options out there you might not have considered to be “defensive weapons” but under the right circumstances will fill in nicely.

While most people despise a single shot gun in really any scenario, these little guns in a couple of offerings will do what you ask of them and, at a bargain prices, can be a option for “blind spots” if you want to spread out your defenses. The Handi-Rifle can be purchased in pistol calibers like .357 and .44 Magnum as well as .45 Colt.  If you hit your target, any of these three will get the job done despite the single shot handi-cap.  And for less than $300, it will cost a fraction of an AR-15. You just need to think outside of the box a little.

You really do want more than one shot, so the Rossi Puma and by extension any lever action pistol chambered rifle or carbine will work very well (and you don’t have to be a cowboy to get them to shoot

well). Even the short 16 inch barreled Puma will hold eight rounds, which is respectable in any sense. They are offered in a variety of calibers, from the .357 Magnum on up through to the .454 Casull in blued and stainless finishes, which will hold up well in any environment. If Rossi isn’t your exact choice then there are lever action guns available from Henry and Marlin offered in some of those same calibers and used models galore.  Oh, and like the single shot rifles, none of these will break the bank.

If you point to the single action revolver as a desirable defensive weapon, most people will laugh at you.  Yes they are slow to fire and even slower to reload yet, if you have ever watched a Cowboy Action Shooting match, you will be impressed at how fast those competitors can get five or six rounds on target. 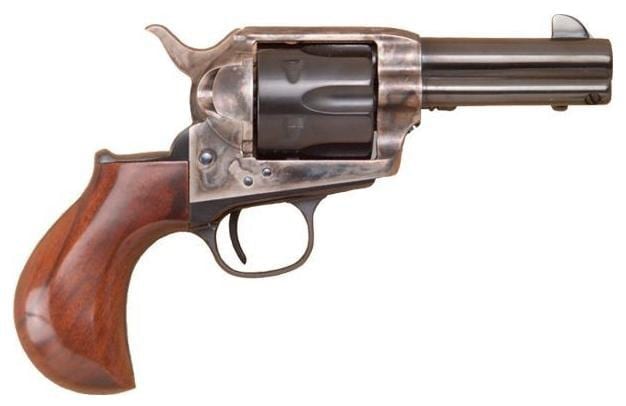 While reloading might be a bit of a task, in most personal defense shootings only two to three rounds are ever shot with few exceptions and your caliber choices are absolutely phenomenal with anything from .32-20 centerfire on up to .45 Colt and .44 Magnum with a slew of choices in between (like the .357 Magnum, .38-40 and the .44-40). All are great choices for a personal defense gun. From the traditional Colt Single Action Army and the tough as nails Ruger Blackhawk to the tough little Thunderers from Cimaron Arms with their three and a half inch barrels and a birdshead grip which begs to be concealed you have more than enough choices that will certainly do what you need. 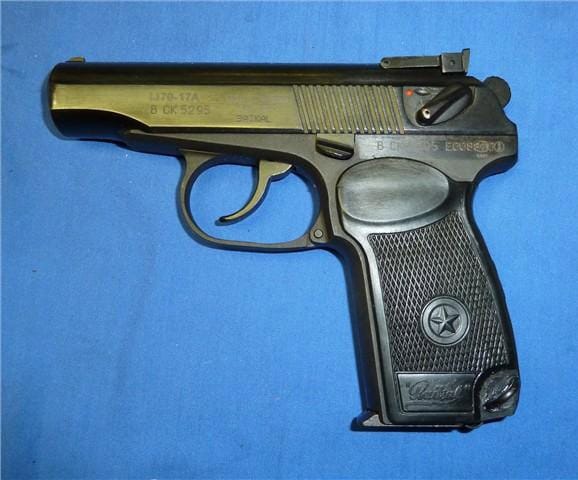 Makarov semi-automatic pistols can be found in .380 ACP or its original 9×18 Makarov chambering.

out there that, because they have been modified in some way, no longer have any collectible value. These guns served with armed forces somewhere at sometime and can still do the job today. One such example is the Smith & Wesson Victory Model revolvers. These guns are not that expensive even in tip top shape.  More than a few have been refinished and even cut down.  British service pistols have been re-chambered from .38 S&W to .38 Special but you have to be a little wary of these as some jobs were done well and others rather poorly.  Most of those can be purchased for around $200.

I have also seen some military 1911 Government Models that are actually a combination of parts.  While they work fine, collectors avoid them and prices are pretty reasonable. Some other good deals are pistols like the Makarov pistols which are about the size of a Walther PPK and cost a heck of a lot less. Some can be found in .380 ACP or the original 9 x 18 Makarov. With a little looking around you can pick up something that while a collector has no use for, it will get a second life as a defense gun.

Along with the single shot rifle the single barrel shotgun is an underrated defense gun. While most people look no further than a side-by-side shotgun, they completely overlook the price-tag on the single barrel, single shot models. Granted the one shot and then reload characteristic of the gun is not for everyone nor perhaps even ideal but they are certainly not to be underestimated, especially when introduced under the right circumstances. I have had a lot of experience with these from brand new single barrel guns like the H&R shotguns to some used secondhand numbers.  Like the rifles, they have all done what was asked of them.

One of my favorites was a 20 gauge J.C. Higgins I picked up dirt cheap and had the barrel cut down to a trim 20 inch barrel. That little gun delivered an excellent pattern of buckshot out to ten yards and beyond and at the same time had almost no recoil. It was compact and cheap; all the work and the cost were under one $100, which is hard to beat for a viable defense firearm. I see those types of cheap shotguns everywhere in every shop I go to with few exceptions.  Most shops have those guns hanging around for a long time and would love to work a deal to get rid of them. Additionally, if you do end up getting an H&R single barrel shotgun, there are some rifle barrels that are interchangeable with them: two guns in one.

Don’t get star struck by the same cast of defense guns and start realizing that every gun is a defense gun in certain situations. You don’t need to take out a second mortgage with a high-end gun that has every bell and whistle when some of these simple, effective choices are out there. Nearly every gun I have listed will cost less than $500 and most far, far less. The trick is to recognize them for what they are.