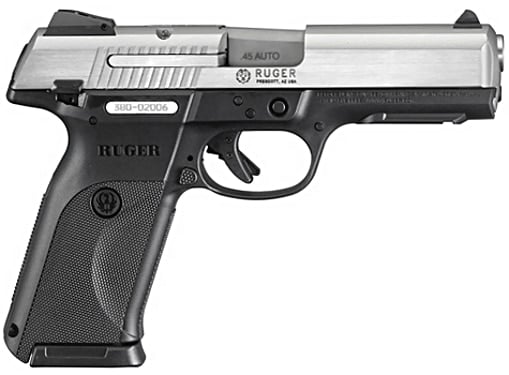 Ruger is adding two new .45 ACP handguns to their catalog, both which should make fans happy. First up is the SR45, expanding on their line of striker-fired, polymer-framed pistols, and the other is the SR1911CMD, a Commander style 1911 based on their wildly-successful SR1911.

While the SR9 and 40 aren’t the most popular handguns of all time, they do have a devoted following, and putting together an offering in .45 is almost overdue at this point. It is slightly scaled-up compared to Ruger’s other striker-fired pistols, having a longer barrel and weighing a couple ounces more. 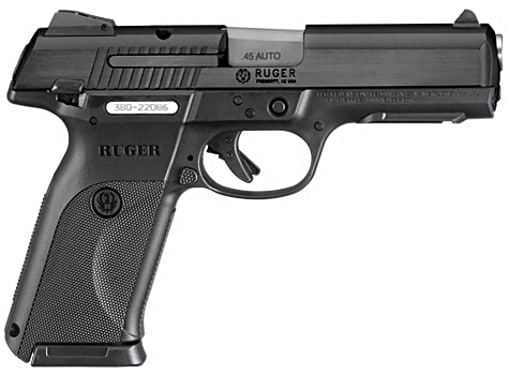 The SR45 has a 4.5-inch long barrel and an unloaded weight of 30 ounces. It’s the same width at 1.27 inches, and it has the same ambidextrous safety and magazine release. Apart from a few tiny cosmetic changes and the “.45 AUTO” stamped into the chamber, you’d be hard-pressed to tell it apart from Ruger’s 9mm and .40 caliber pistols.

It will be offered in two versions, one black nitride and the other brushed stainless. Both models of SR45 have a standard capacity of 10+1 and come with adjustable 3-dot sights from the factory. 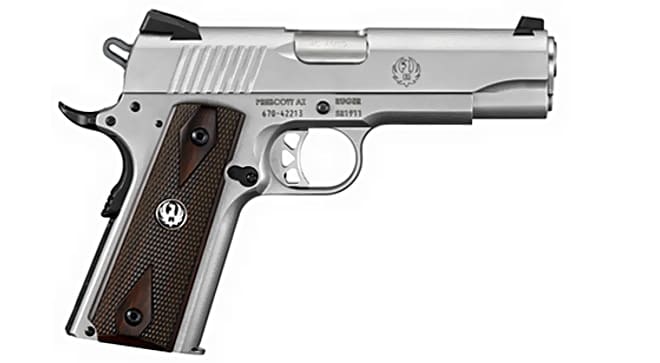 While the SR45 will have plenty of people getting in line to buy them, we expect the SR1911CMD to make the biggest waves. Modeled on their simple and celebrated SR1911, only the length is changed with the new Commander. It’s a standard 4.25-inch-barreled 1911, with a shortened slide and frame to match.

It maintains the plain brushed stainless finish, the Ruger-Eagled diamond-cut grips, the flat mainspring housing, the skeletonized medium-length trigger and matching competition hammer, the textured memory button grip safety and Novak-style 3-dot sights. It comes with a flush-fitting magazine for 7+1 rounds of .45 ACP.

Outdoor Life got treated to a hands-on sneak peek of them, having nothing but nice things to say.

There is one other recent Ruger you may not have heard of, the LC380. This is a niche gun, based on the LC9. In fact, apart from the new chambering, it’s identical to the LC9.

It’s an interesting decision to take a 9mm concealed-carry handgun and down-load it for .380 ACP. Especially when they already have an even smaller .380, the LCP.

That being said, the LC9 and LCP are both snappy, owing to a high cartridge energy to weight ratio; loading an LC9 up with .380 ACP would go a long way to making it easier to handle and shoot. 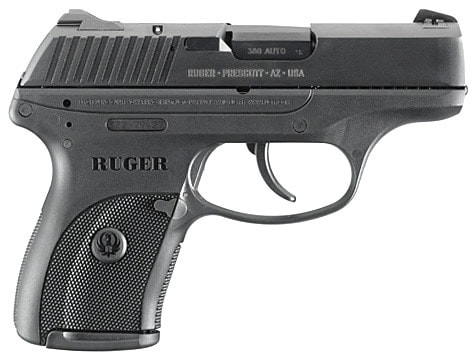 Another reason for this is the export market, where .380s are very popular, often because of caliber restrictions. But given the state of the current American market, we’re pretty sure as long as Ruger can get the gun to store shelves, it will find a buyer.