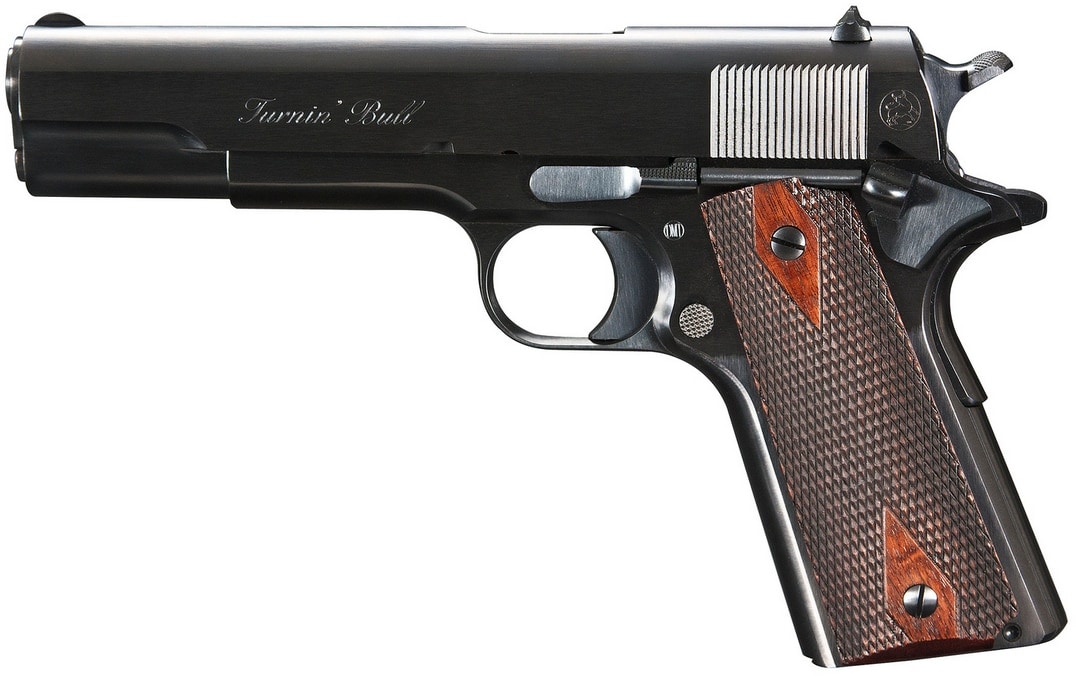 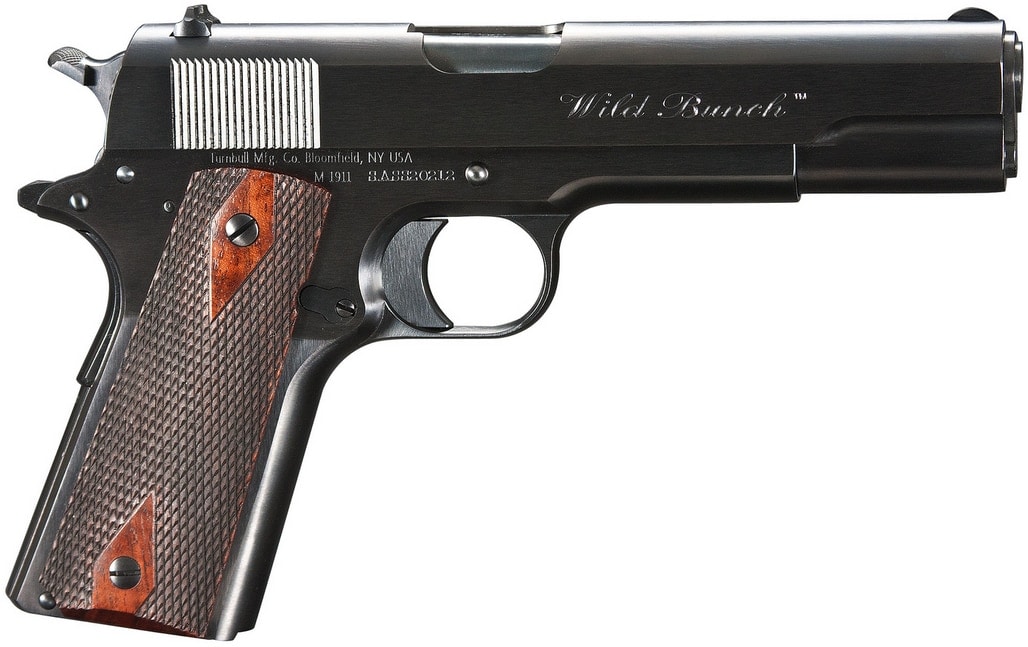 Turnbull Manufacturing, one of if not the preeminent makers of vintage firearm replicas, is venerating the Single Action Shooting Society with a limited “Wild Bunch” edition 1911.

“I have always loved the 1911 pistol and as a SASS member, the best known single action firearm design is a natural fit,” said president and SASS Member Turnin’ Bull. “We have added the personalization features that are important to Single Action Shooters.”

“The ability to do honor both SASS and the timeless 1911 design was too good to not grab by the horns,” commented Turnbull, “and that just pushed us to be better. We like that kind of challenge.”

The Wild Bunch 1911 is based on the designs from 1918, and does not include some of the changes that would later be incorporated in most future 1911 pistols. It has a medium trigger, the frame does not have trigger finger cutouts, it has the original short, flat grip safety without a beavertail and a narrow front sight.

It also has the original double-diamond grips, that are hand-checkered, as well as a period-correct hand-blued finish using Turnbull’s deep Carbonia charcoal processes.

Although the Wild Bunch edition is a bit of an anachronism—the real Wild Bunch menaced the West from 1892 to 1895, with few surviving past 1900—Wild Bunch shooting matches are based on the American classic 1969 western, “The Wild Bunch”, directed by Sam Peckinpah. This action-packed movie (that takes place in 1913 and has a bunch of 1911s in it) inspired the SASS to incorporate a different type of match into their sport, bringing 3-gun to the cowboy games.

For those matches we can’t imagine a better pistol; it’s made to a degree of fit and finish that makes Turnbull so singular, and absolutely true to the era down to the smallest detail, well, mostly. They are engraved with “Wild Bunch” on the right side, a small Turnbull mark on the left and the coolest little touch, a custom serial number. Your pistol’s serial will be customized to match your SASS membership number. The pistol is only available to members.

And for a Turnbull gun, it’s actually not that expensive. The going rate is $1,750, which yeah, not chump change, but not out of reach, even if you have to eat beans and kid pie for a while.

So if you’re interested in picking up one of these incomparable Wild Bunch 1911s, head on over to Turnbull, and of course, if you’re not a member, the SASS.