The tragedy in Newtown, Connecticut, seems to have inspired every politician with a gun control agenda to introduce the new measures, but few have been as broad and Draconian as those submitted by Gov. Andrew Cuomo and his downstate cohorts in the state Senate and Assembly. As a lifelong resident of upstate New York, the potential consequences of this legislation hit home for me…

For those that don’t live in New York, it may be hard to understand the situation we’ve been living with for the past 20 years when it comes to gun ownership, so allow me a minute to spell out what New Yorkers have endured since 1994.

When the federal assault weapons ban expired in 2004, ours stayed in place (and there is no expiration date on it). For as long as I have been hunting and shooting up here, we have always had to cope with 10-round magazines and other restrictions on the types of guns we can own that most other states, especially those out west, couldn’t imagine—labyrinthine laws engineered to make gun ownership as difficult as possible for law-abiding citizens.

I say this because it is something both sides of the political argument readily admit; New York state (not to mention New York City) consistently gets F’s on the NRA’s report card for representatives / gun rights freedom and receives high marks on the Brady Campaign’s own competing ranking. Clearly, this has not stopped crime in my state nor has it stopped legislators from coming up with new and ever more encroaching gun laws. Until now, these measures have been shot down by slim majorities in the state Senate, but the current legislation and political climate don’t leave me with much hope for this trend to continue.

Some see tragedy, others opportunity

Immediately following the Newtown shooting, Cuomo took to the airwaves and said “I don’t think 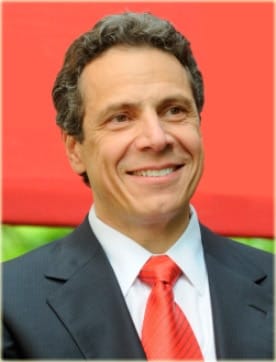 Not to mention the fact that “assault weapon” is a vague and loaded term, bearing a definition that varies by state and that expired federally in 2004. And that many hunters do in fact hunt with what the governor ignorantly calls “assault weapons” i.e. a semi-automatic rifles / shotguns and have been for at least the past 60 years. However, I’m not sure how ignorant Cuomo the younger really is about the use of assault weapons; Second Amendment Foundation president Joseph P. Tartaro wrote back in 2003 that reporters caught Andrew’s father, Mario Cuomo, talking about semi-automatic weapons while a camera rolled footage of fully automatic guns, further sowing seeds of confusion in the public’s mind about assault weapons by conflating semi-automatic weapons with fully automatic ones (Editor’s note: Guns.com could not find any source material for this statement. Please contact us if you have access to the newsreels in question).

In the scope of my understanding of assault weapon, it is a firearm that can be switched from full-auto to semi-auto, which requires a Class III license (which is harder to get in New York State than a concealed carry permit is in New York City).

Though Cuomo’s ignorance of gun terminology may be in question, his ignorance of the rights of gun owners seems pretty concrete to me. Despite his thoughtful statement to the contrary above, Cuomo said recently, “Confiscation could be an option. Mandatory sale to the state could be an option. Permitting could be an option — keep your gun but permit it.” Cuomo also stated that the permit system would be good for revenue for the state of New York, alluding to the states massive debt, ran up by politicians like Cuomo. Yes governor, it appears you sure do care about the rights of gun owners.

If you think this is all talk and that the opposition is fighting to change their minds, you would be wrong. On Jan. 9, Sen. Ruben Diaz (who introduces one form of gun control legislation or another every term) has sponsored S01422. The details of this bill are nothing short of horrific for gun owners across the state of New York. 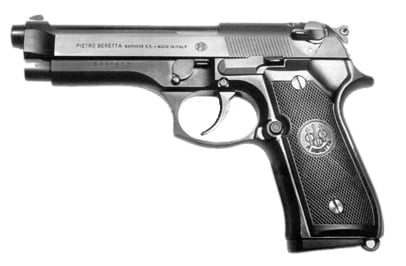 The Beretta M92 and similar semi-automatic pistols would be considered “assault weapons” under the proposed New York gun control law.

Any semi-auto gun that can take a detachable magazine 10-rounds or more will be banned and considered an “assault weapon”. Think about that for a second: you can’t even own a magazine over 10-rounds in New York, yet, since a Ruger 10/22 can take a magazine over 10 rounds, it will fall under this legislation and be banned in the state. Semi-auto pistols that take a detachable magazine that can hold more than 10-rounds will be considered “assault weapons” too. Yes, if Diaz has his way, Glocks, Browning Hi-Powers, Beretta M92s and so on and so forth will be labeled “assault weapons” in the Empire State.

But what is most shocking to a hunter like me (and I’m going to guess many others) is that pump rifles like the Remington 760 will now be considered “assault weapons” because they take a detachable magazine.

Remington 760/7600 are a very popular deer rifles in the Northeast.

In the northeast, the 760/7600 (jokingly called the “Amish Machine gun”) is hands down one of the most popular deer rifles and I’d be hard pressed to think of a more iconic sporting rifle to these woods. Also on the list would be any semi-auto shotguns that hold over five rounds in a fixed magazine. There goes your Benelli.

While the full list of banned guns has yet to be determined, one thing has: nothing will be grandfathered and there will be no forgiveness for noncompliance. If this bill passes and you fail to get rid of one of the guns on the list, then you will be a criminal.

Still, one of the most disturbing parts of the legislation is buried a little further in with all of the legal jargon. Essentially, it states a person under the new law will be guilty of criminal possession of a weapon in the third degree if they possesses three or more firearms (23:5:i). You read that right. If you have four guns you will now be considered a criminal in the eyes of the law in the state of New York if this bill passes.

Now I know a lot of people who are reading this are saying to themselves, “this won’t pass” or something along the lines of, well what do you expect from New York? Don’t think for a second it won’t pass if action isn’t taken and don’t think it can’t come to your state too, no matter how pro-gun rights you believe it to be.

As it stands there are only one or two legislators that can sway the difference and with the public hysteria out there to ban anything shy of a BB gun there is a good chance that this will squeak through, especially since it was only introduced a couple days ago and will be voted on quickly (before any grassroots opposition can get started) unless we stop it.

And stop it we must. Gun owners who live in New York have been fighting an uphill battle for years and they now need all the help they can get. We need to stand with them, get into the fight and tell the governor before he starts trampling on the rights of gun owners. He needs to realize we will hold him and the rest accountable the next time an election comes around, until then we must hold off the wolves circling our fences.