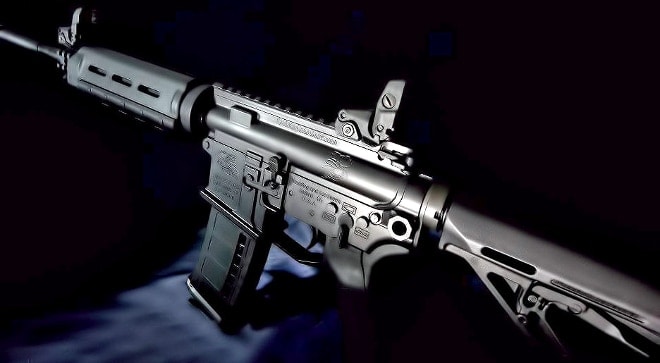 Houlding Precision Firearms, a name only few people have heard, is ready to go national with their high-end AR-15 rifles and rifle components, and will be attending this year’s SHOT Show to show off their premium wares.

Headquartered in Madera, Cali., Houlding manufactures their own in-house receivers based on their experience with the AR platform, namely fixing them. Starting with a billet of 7075 T6 aluminum and machining it down, Houlding makes chunky receiver with a lot of extra material, particularly around the buffer tube extension and magazine well, which is internally flared for fast reloads. It also has an integrated oversize trigger guard.

The end results are unique-looking and definitely overbuilt receivers that Houlding says are made to the tightest tolerances in the industry, which is something we’ll have to see and find out for ourselves. From the photos, though, we have to admit, Houlding’s goods look pretty sexy. 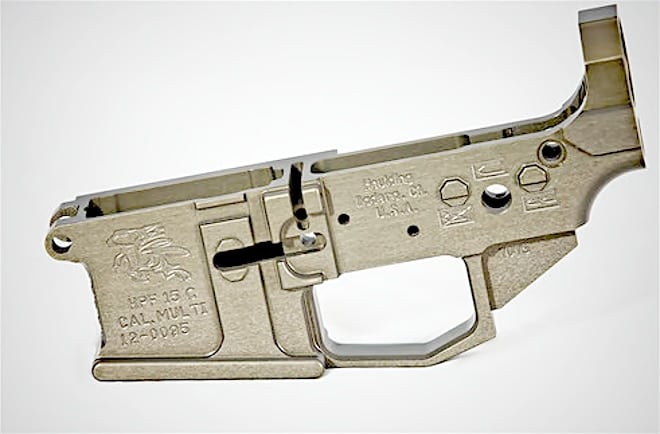 It looks like they make two lines of lowers, with and without integral quick-detach sling points at the base of the buffer tower.

After they’re hard-anodized, the receiver are then finished with Cerakote to add an extra layer of protection. Also, it looks good.

Houlding has three rifles planned based on their precision receiver, the HPF-15 MOE, UBR and TGR.

The HPF-15 MOE is their basic carbine. As the name suggests, it’s decked out with Magpul MOE furniture, but it isn’t without a handful of premium features, including a Diamondhead railed gas block, your choice of Troy or Houlding muzzle brake, a Lewis Machine and Tool bolt carrier group and Micro Slick coating on the internals.

The UBR and TGR are quite a bit sexier, and are basically the same rifle, at least, according to the Houlding website. They both have free-floating barrel and your choice of Troy or JP Enterprise tactical handguards, from 9 to 15 inches in length. They also have your choice Geissele SSA two-stage or duty trigger and either a Magpul or Vltor buttstock. Both the UBR and TGR will be available with 16-inch and 18-inch barrels. It could be a mistake on their website, although from the photos they’re still very similar.

Like the MOE, the UBR and TFG also feature LMT BCGs and have Micro Slick-coated internals. While the MOE’s price is not listed, the UBR and TGR have matching $2,192 MSRPs (imagine that).

We do look forward to figuring what, exactly, differentiate the UBR and TFG at this year’s SHOT Show, where we’ll not only check out their rifles, but also their receivers which they plan on offering separately as well as their muzzle devices.

So far we like what we see. If Houlding’s rifles are as good as they say they are, then they’re priced below the curve, too. For more information, check out their website. And don’t worry, we’ll tell them about putting Magpul sights on railed gas blocks.