Ballistics by the Inch to Conduct Glock Tests

Ballistics by the Inch conducts the best independent, grass roots ammunition tests.  Their process is simple and intensive.  They have 18-inch barrels made for various a specific caliber.  With the help of a Thompson Center receiver, they test fire different brands of ammunition and calculate the various muzzle velocities. Then they chop an inch off the barrel, recrown it and do it all again.  They cut down the barrels until they have a little two-inch nubbin left, and  then publish the results.

After they test their single shot barrels (which allow the highest pressures these rounds are capable of reaching), the team from BBTI tests whatever “real world” guns they can get their hands on (which allows for cylinder gap and blow-black discrepancies) .  And they post those results, too–just for comparison. 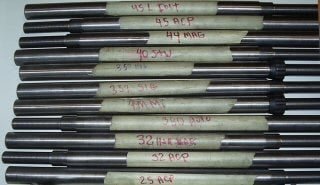 This comprises the most comprehensive set of data available.  If you are wanting to honestly evaluate the performance  of the .45 ACP in a short barreled gun (like the Springfield Armory XDS), consult the .45 ACP page and match up barrel lengths.  With a 3.3 inch barrel (subtracting a bit for energy lost to blow-back), you could expect the XDS to put up somewhere between 1,050 fps and 758 fps of muzzle velocity.  And that will help you determine which ammo you would want to use.

BBTI has tested a lot of ammunition.  They’ve covered almost all of the commercially available handgun calibers.  They’re expanding their rifle calibers, too, but there’ one thing missing.  Glock. 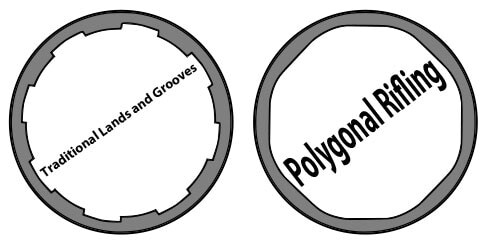 Glock doesn’t use the same type of rifling that most of the industry uses.  Traditional lands and grooves provide a round channel for the bullet to pass through, but the grooves allow gas to escape ahead of the bullet.  Glock, and some others, use a system that shapes the inside of the barrel differently.  The bullet, when fired, is forced into a six sided (though still slightly rounded) barrel.

Does the absence of traditional grooves allow more pressure to build behind the bullet and allow a Glock to deliver better numbers?  BBTI is going to find out.  They’re going to test 9mm and .45 ACP in  barrels with polygonal and traditional rifling.

But these tests are expensive.   First, each test requires ammunition, which isn’t easy to come by these days.  And each test requires barrels that, over the course of the testing, are whittled down to nothing.  BBTI is anticipating a cost of $400 per round tested (and they sometimes test ten or more rounds for each caliber). 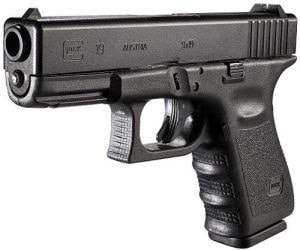 Jim Downey, a regular contributor here at Guns.com, is heading up the fundraising efforts.  He’s been part of the BBTI team from the start.

“If this initial experiment with crowd-funding the 9mm tests works, we’ll do the same for the .45 tests,” says Downey.  “Further down the line, it could be used to decide on what additional tests to do – a way to gauge what the shooting community thinks is important.”

He’s taking recommendations for various brands and types of 9mm to start with.  To suggest a brand or type of ammo, email info@ballisticsbytheinch.com .  That is the first stage.  Then BBTI will make some decisions about ammunition and availability and open up for some good old fashioned crowd-funding.

What else is BBTI working on?  “Later this year we’ll be doing .22 mag and 7.62×39 ‘chop tests,'” says Downey.  “Both of those have been data people have been asking for.”  Details about the BBTI fundraiser and the progress of the Glock tests can be found at the BBTI blog.  And we’ll let you know how things go, too, so stay tuned.